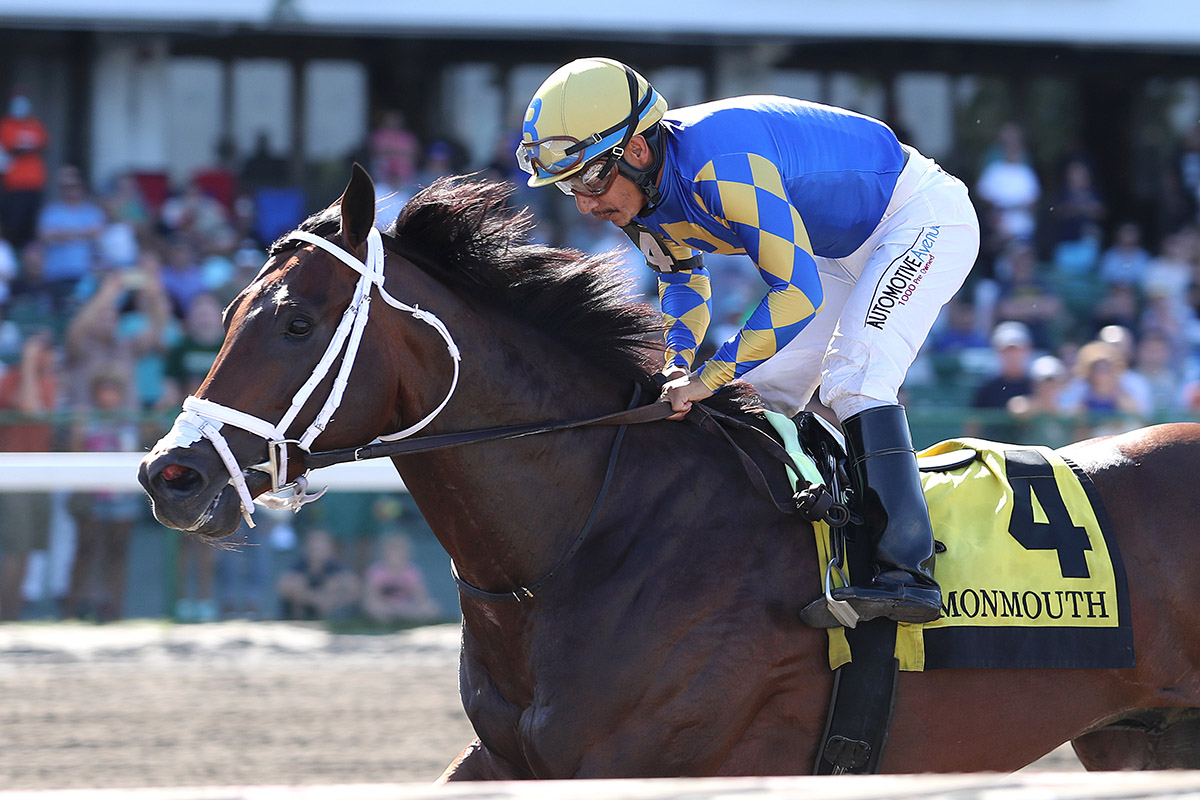 A few jumps out of the starting gate, jockey Paco Lopez knew he was a winner in Sunday’s $100,000 Jersey Shore Stakes at Monmouth Park.

With a pair of speedsters – Mighty Mischief and Moonlite Stroke – inside of him, Lopez and Real Talk got the jump on both from the start of the six-furlong feature and cruised to a front-running 4½-length victory, with the 3-year-old son of Gemologist notching the first stakes win of his 10-race career.

Mighty Mischief, in post position three, and Moonlight Strike, in post position one, both looked to have superior early speed on paper. But Lopez never let either one get close to the lead, opening up on the field a few jumps out of the gate.

“I’m not surprised he made the lead even with all of the speed inside of him,” said winning trainer Carlos David. “I had Paco Lopez. When the horse was in Gulfstream (before shipping to Monmouth) I called Paco’s agent and said `I need him for this race.’ He said `we have to wait for nominations.’ I told him `I don’t care. I need Paco on this horse.’

“Paco was the key. The horse is nice and he’s fast but Paco getting him out there on the lead was the difference. He rode him great. I was worried about Mighty Mischief but I was also worried about Moonlite Strike because he had the one post and I was thinking he was going to go. I felt I needed to beat both to the spot to get the rail and we got it and he got the job done.”

After breaking on top, Lopez rolled through fractions of :22-flat for the opening quarter and :44.44 for the half. With yet another speedster, Fire Sword, backing out after being frustrated from chasing the leader, Mighty Mischief made a three-wide bid coming around the final turn. But he found himself in the uncomfortable position of chasing instead of being chased. It was another length back to Moonlite Strike in third.

“I knew Mighty Mischief was the horse to beat and that we would probably have to get the jump on him to win. I let him go and he was able to get comfortable.”

Owned by Bell Racing LLC, Real Talk now has four wins and three seconds from 10 career starts. David, Gulfstream-based but with a division at Monmouth Park the past three years, notched his first stakes win at the track with the victory.