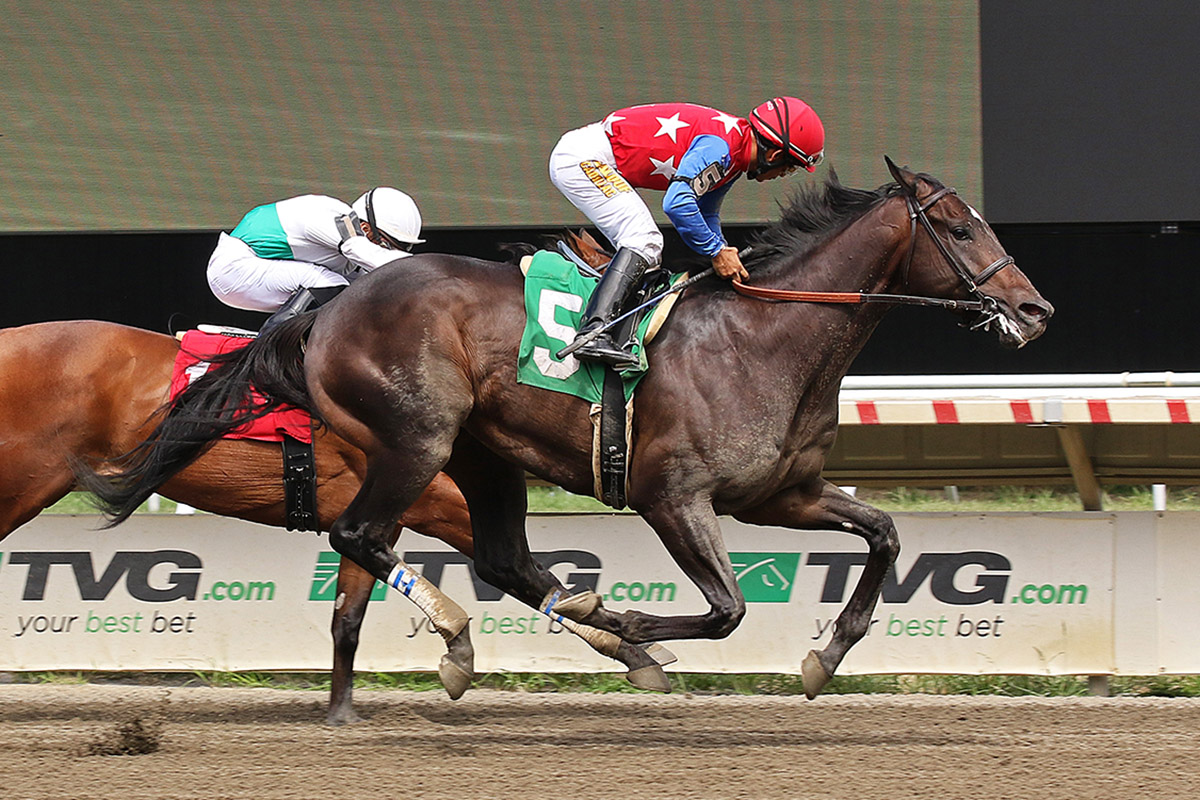 The $100,000 Presious Passion Stakes at 1½ miles on the turf headlines Monmouth Park’s 11-race card on Saturday, but it’s the race after the feature – a rare $100,000 optional claimer – that offers the most intrigue with the field that’s assembled.

Of the eight horses entered for the pricey mile and a sixteenth optional claimer on the dirt, six have earned at least $270,000 lifetime. That list is topped by the Pat McBurney-trained Golden Brown, with the 7-year-old Jersey-bred having banked $792,320 in career earnings.

Not far behind is Phat Man, who comes into the day with $692,350 in earnings for trainer Kent Sweezey.

The race for leading jockey is all but officially over, with Lopez’s 80 winners easily outdistancing runner-up Angel A. Rodridguez, who has 44.

The title will Lopez’s ninth at Monmouth Park, second only to Joe Bravo’s 13 titles.