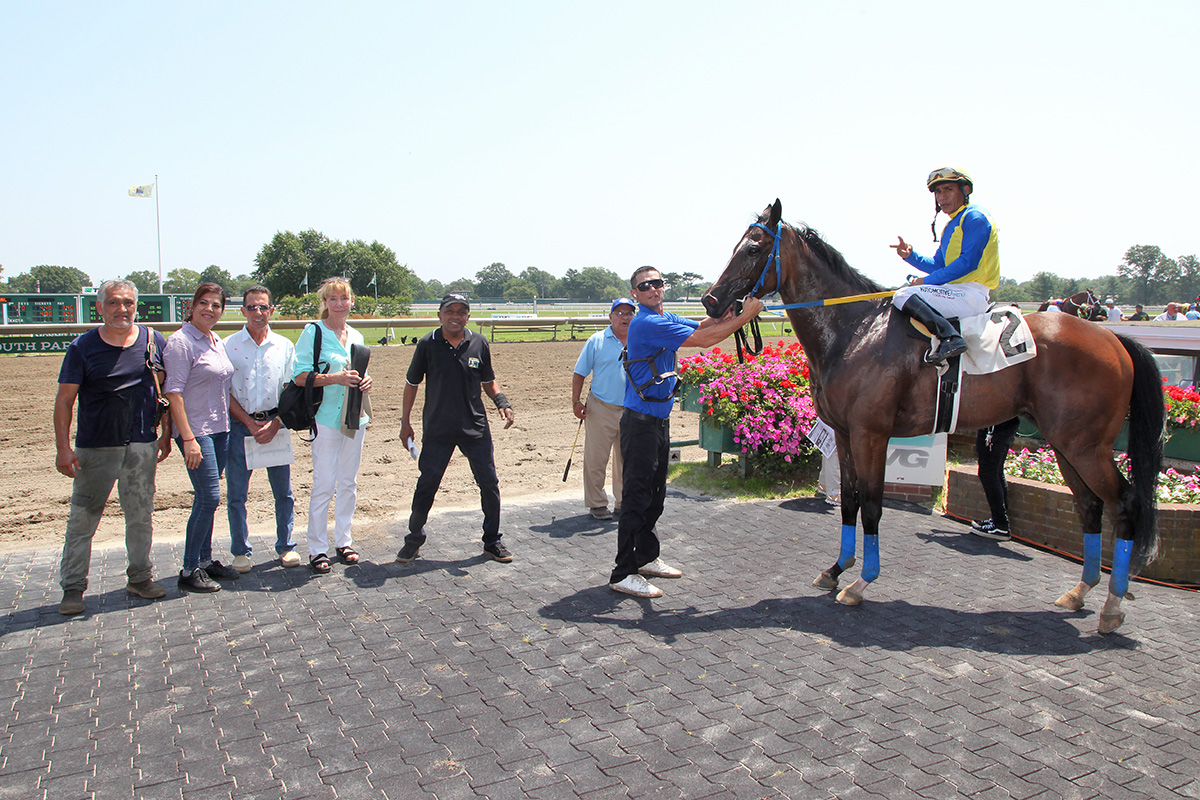 When Joan Milne isn’t working at her 180-acre farm in Pittstown with her husband Dennis, a veterinarian, she’s at Monmouth Park every morning overseeing the nine horses she has stabled there.

As a part-time trainer and full-time farm owner who commutes 65 miles each way on a daily basis, it’s a demanding way of life.

Saturday could mark one of those days when it’s all worth it.

Milne will saddle Quiberon Bay in the $85,000 Irish War Cry Handicap on Saturday at Monmouth Park, with the 6-year-old gelding heading into the one-mile grass race for Jersey-breds off the best race of his career.

If he can duplicate that performance it would give Milne her first stakes victory in a training career that began in 1985.

“He’s sharp and he does deserve a chance at this,” said Milne. “It’s only one week since his last race but he came out of it very well.”

Quiberon Bay, normally a front-end type, came off the pace to win a first-level allowance race in his last start at a mile and a sixteenth on the turf at Monmouth Park, with the 81 Beyer Speed Figure the best of his 12-race career. It marked Milne’s first winner from eight starters this year.

The absence of a stakes win for Milne deserves some context: She has only had 420 starters in 36 years as a part-time trainer (with 28 winners). She is also in the midst of one of the best stretches of her training career, with a 7-6-11 line from a combined 46 starters the past three years.

But a stakes win would be especially significant for Milne, who also bred and owns Quiberon Bay.

“If you’re in the racing business and you’re training, everything is about hope,” she said. “It would be difficult to say that winning a stakes race would not be meaningful. We’re in New Jersey, we support New Jersey racing, we own and breed New Jersey-breds, so to win a Jersey-bred stakes would certainly be special.”

Sterling Farm, which Milne owns and manages with her husband, serves as both a breeding and rehabilitation center. It also features a full-service veterinary clinic that includes a surgical facility.

The amount of time it takes to run an operation of that size is why Milne sends out a limited number of starters each year,

Quiberon Bay, a son of Lite the Fuse, has earned $120,438 during his career, with Saturday marking his third start of the year.

“Running in open company in his last race and doing what he did, that was the best race of his career,” said Milne. “It’s interesting, because everyone thinks he has to run on the front end but in that race (jockey) Paco Lopez took a look around and took him back a bit and he finished well. That’s a nice thing.

“He has been training well and seems to run better every time he goes out. He’s at the top of his game at this point.”

The Irish War Cry has attracted a field of 10, including one alternate. It will go as the ninth race on a 13-race card.