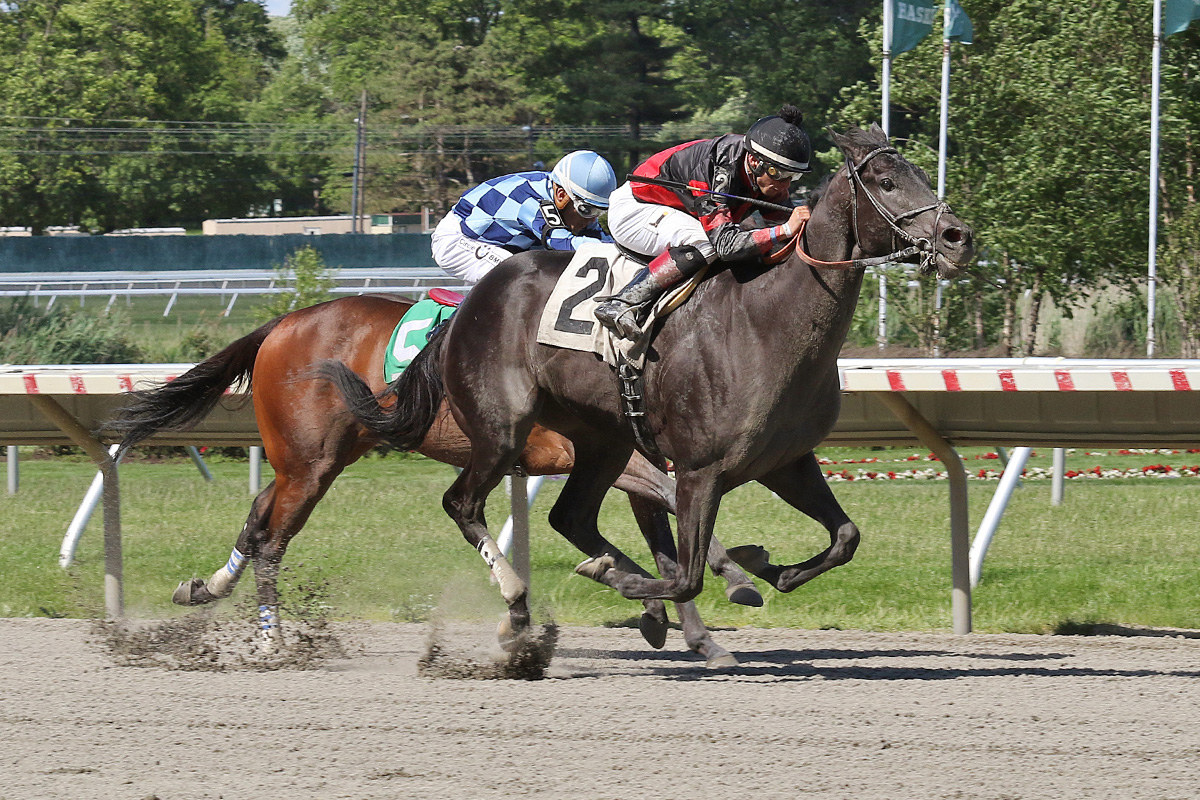 Pudding rallied from well off the pace and wore down 6-5 favorite Lucky Jaime in deep stretch to score a one-length victory in Friday’s featured allowance option claimer at Monmouth Park.

Trained by William Sienkewicz and ridden by Wilmer Garcia, the 4-year-old gelded son of Two Step Salsa-Jozi’s Turn by Johannesburg won his fourth straight dirt race. Pudding is 0-for-4 on the grass but has four wins, two seconds and a third from nine lifetime dirt starts.

“We claimed him because we thought he’d be good value on the grass but he turned out to be much better on the dirt,” said Sienkewicz. “I thought he’d show more speed from the gate today than he did and I was a little concerned when he didn’t, but it worked out and I’m thrilled.”

“Once he broke the way he did I let him settle where he was and just followed the leaders until it was time to go,” said Garcia, who won the final two races on the eight-race card. “To dominate in this fashion, he’s showing himself to be a very good dirt horse.”

Racing resumes on Saturday at Monmouth Park with the $75,000 Honey Bee Stakes for 3-year-old fillies at 5½ furlongs on the grass headlining the 13-race card.