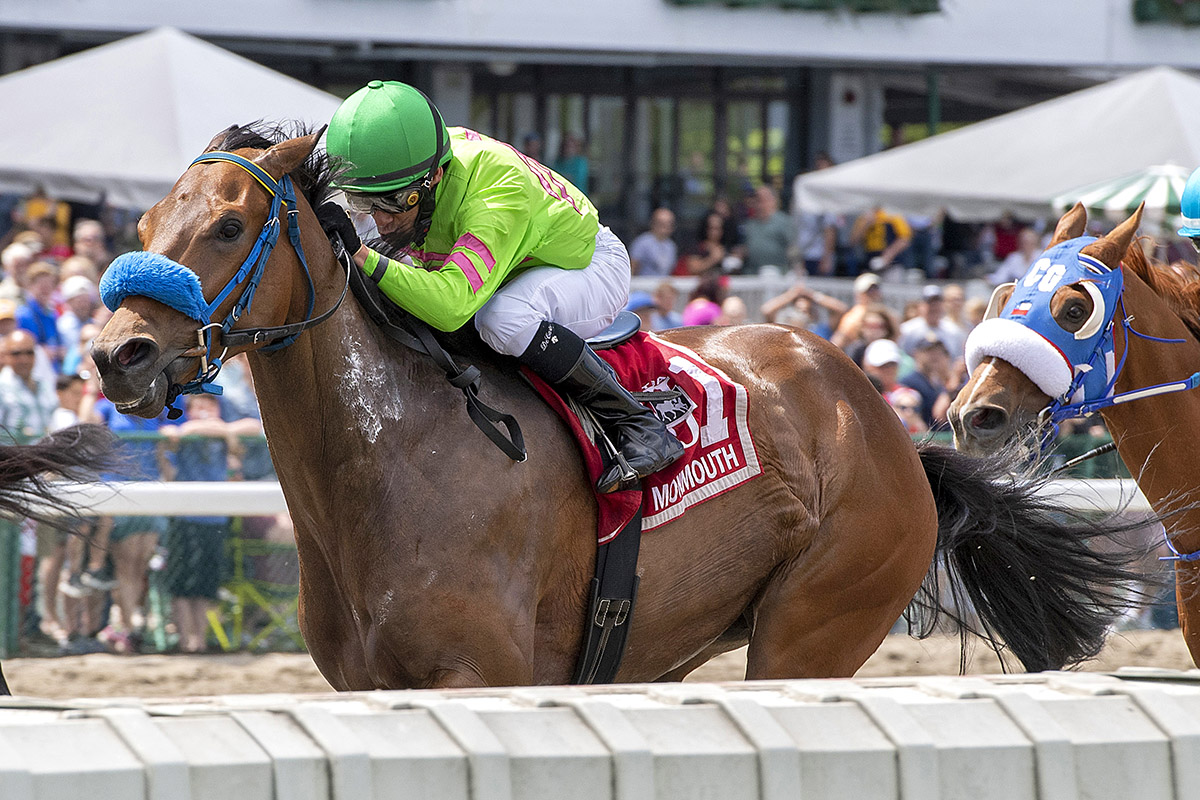 Trainer Luis Carvajal understands why Prendimi went off at 26-1 odds in winning the John J. Reilly Handicap on May 25 at Monmouth Park. Two poor races immediately prior, a return to sprinting and just the 4-year-old gelding’s second try in stakes company were all contributing factors.

But he’s certain it was not a fluke and hopes to put any doubts to rest about his horse when Prendimi goes postward in the $75,000 Friendly Lover Handicap for Jersey-breds, the headliner on Monmouth Park’s 12-race Saturday card.

“If you throw out those two bad races he had at Tampa Downs when we were just trying to get him ready you see a very consistent horse,” said Carvajal “Besides those two races he has been in the money in nine of his 11 races. So I don’t think that win was a fluke.”

A field of nine is entered for the Friendly Lover, which is at six furlongs for 3-year-olds and up, and the appearance by the Jorge Navarro-trained Chunnel means a renewal of the mini-rivalry between that horse and Carvajal’s.

Chunnel defeated Prendimi by a neck in the Charles Hesse III Handicap last Aug. 26 at Monmouth Park with Prendimi turning the tables in the John J. Reilly Handicap with a neck victory over Chunnel.

“It’s a tough field,” said Carvajal said of the Friendly Lover Handicap. “But I think my horse is tighter now and he should run well. It’s going to be a good race. I think it will be very competitive. We have an outside post (eight) so we have more options than the last race when we had post one and had to rush him a little bit.”

Prendimi, a son of Dance with Ravens-Cigno d’Oro by Tour d’Or, was bred and is owned by GJ Stable. He has a 3-3-3 line for 13 career starts, with $138,070 in earnings. Most of that has come at Monmouth Park, where he has three victories, two seconds and a third in six starts over the Shore oval.

“I knew he had talent right away,” said Carvajal, who served as an assistant to the late Bob Durso before going out on his own in 2006. “As a 2-year-old he had good size. He was a nice looking horse. When he went to the track he would do everything professionally. So I knew he had the mindset early.

“His family has produced a lot of winners. I saw the potential right away in this horse.”

Carvajal, who hails from Chile, is coming off a career year in 2018, setting personal bests for victories (17) and earnings (more than $1.1 million). Imperial Hint became his first (and only so far) Grade 1 winner with victories in the Vanderbilt at Saratoga and the Vosburg at Belmont Park.

But being Monmouth-based, the Jersey-bred races hold meaning for him as well.

“They’ve done a great job at Monmouth Park with all of these Jersey-bred stakes races and they’re spaced right,” he said. “The purses have been great, too. This is the next spot that makes sense for Prendimi.

“Our main goal with him is to get him to go longer again and have him ready for the Charles Hesse Handicap on Aug. 25 at Monmouth.”

The Hesse Handicap, at a mile and a sixteenth for Jersey-breds, carries a $100,000 purse.