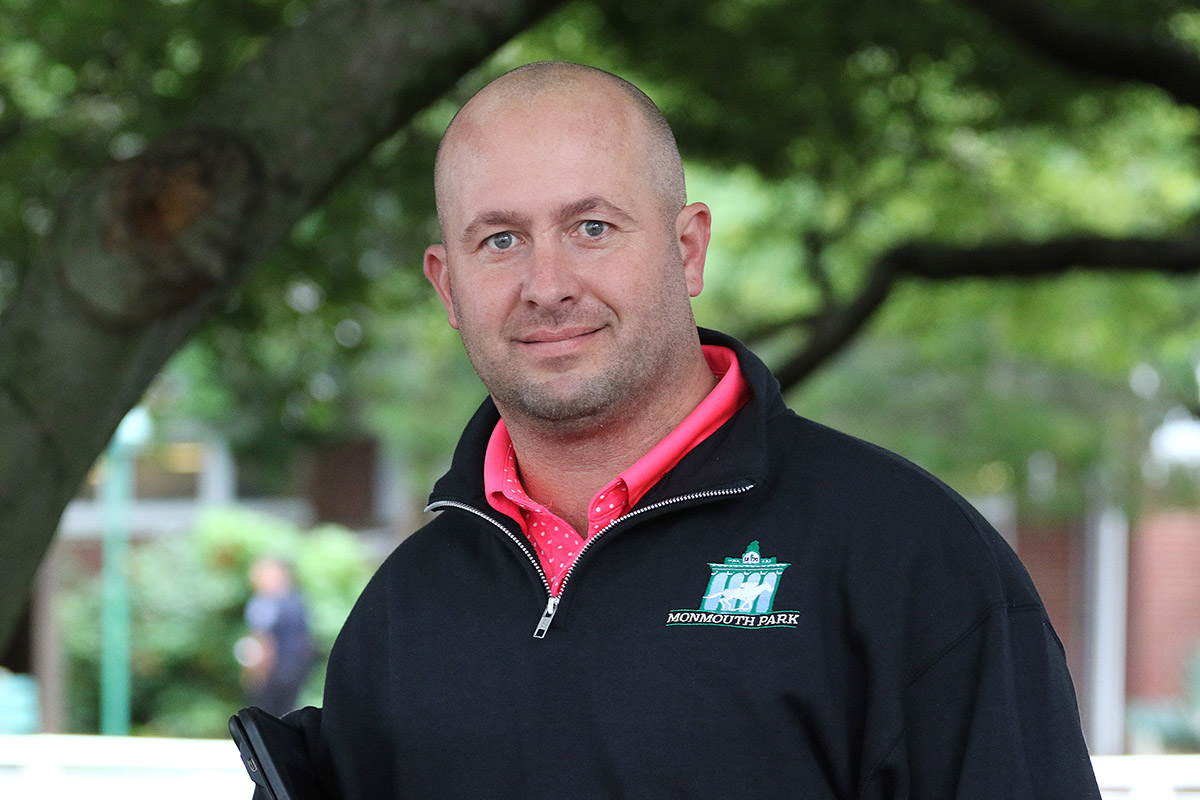 By both his actions and his words Wayne Potts isn’t shying away from how much it would mean to him to win the Monmouth Park training title.

With two weekends and six cards left in the meet, Potts holds a solid lead in the trainer standings with 33 winners to Kelly Breen’s 24. He intends to pursue the title aggressively too, entering three horses on Friday’s eight-race card and 10 on Saturday.

“I’ve told people who have asked me about it that Kelly Breen has a lot of horses on the backside and that I think he’s the only one who can catch me,” said Potts. “But he will have to get aggressive and spot horses aggressively if he wants to catch me. I’m not going to lay down. I’m going to keep firing and being aggressive until the very end.”

To this point in his career, which began in 2004, Potts’ only two training titles have come at boutique meets – the Meadowlands at Monmouth last year and Timonium in 2015.

“It would be a big accomplishment for both myself and my team and the clients that have stood behind me,” Potts said. “I think (Monmouth-based assistant) Bonnie Lucas has done a fantastic job at Monmouth while I was away at Saratoga. She deserves a lot of credit.

“It’s really going to mean a lot if I do win it. But I’m not the only one who can take credit for it. My New York help, my Monmouth Park help, my assistants, they do most of the grunt work and don’t get credit for it. They deserve as much credit as I do.”

Beyond being within reach of his first title at a major meet, Potts is having one of his best years overall, with the $1,908,095 in earnings to this point a career-best. It’s especially meaningful, he said, after he battled COVID-19 over the winter and then saw an April 13 barn fire at Belmont claim the lives of two of his horses. One of the horses that perished was American Sailor, who provided Potts with his first graded stakes win when he won the Grade 3 Troy Stakes at Saratoga in August of 2020.

He has managed to put all of that behind him.

“It’s definitely the best year I’ve had with money earned,” he said. “I think the quality of my horses is the best I’ve ever had. I haven’t run as many as I have in the past but I have stayed active in the entry box and the claim box.

“And I intend to stay aggressive until the last day of the meet.”

Potts’ 33 Monmouth Park winners have come from 126 starters. Overall, he has 57 winners from 369 starters.

The jockeys’ race is an even bigger runaway, with Paco Lopez having virtually clinched his eighth riding title at Monmouth Park. Lopez has 88 winners (from 300 starters), easily outdistancing runner-up Isaac Castillo, who has ridden 50 winners at the meet in a breakout year for him.