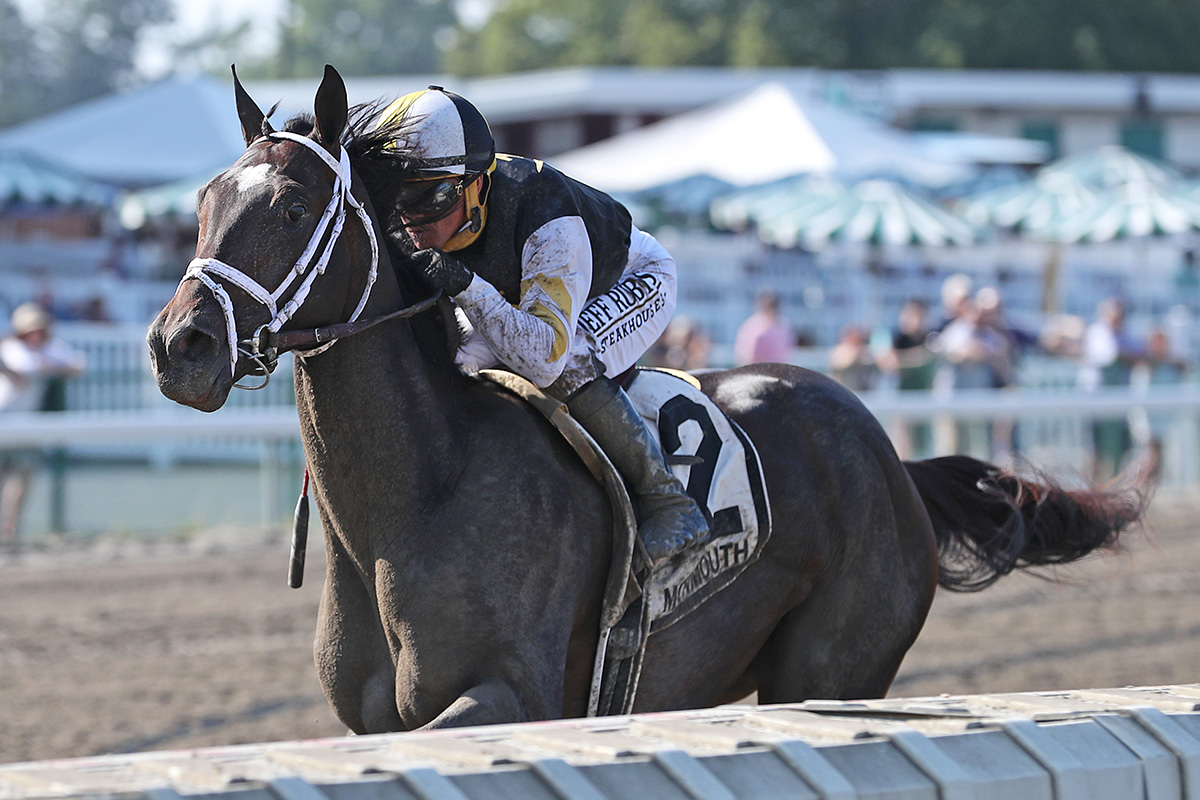 Harrell Ventures LLC’s Lost Ark angled out from off the pace before powering home to an impressive 7½-length score in the $200,000 Sapling Stakes at Monmouth Park on Saturday.

“I did not want or expect him to be too far back,” said winning jockey Javier Castellano.  “It was his first time going two turns and first time going longer so those were my only concerns.  I got the ideal trip inside and once I took him out he took off and galloped away.  A very professional horse.”

A son of Violence from the A.P. Indy mare Marion Ravenwood, Lost Ark is now a perfect two-for-two after winning his debut at Belmont Park on July 3.  Lost Ark is the younger half-brother of Nest, the multiple Grade 1 winning 3-year-old filly, also conditioned by Pletcher.  Saturday’s win boosted Lost Ark’s lifetime earnings to $169,500.