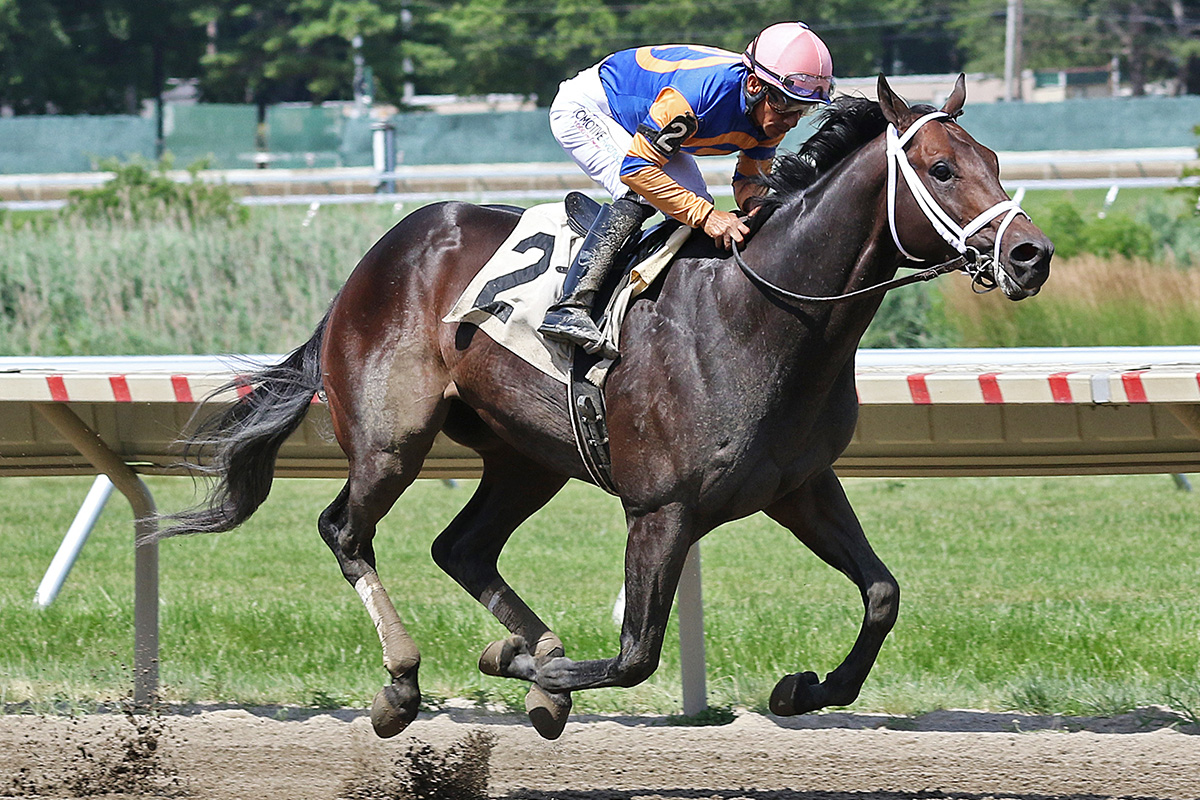 Be Better, a homebred from the Repole Stable, took another step in his development during his 3-year-old campaign by rallying from off the pace to score an impressive 5¼-length victory in Monday’s $60,000 featured allowance at Monmouth Park.

The victory by the son of Uncle Mo-Social Call by Smart Strike made the colt 2-for-2 in his sophomore campaign and gave Hall of Fame trainer Todd Pletcher a second straight win in the feature race at the Jersey Shore track.

Sent off at 3-1 in the field of seven 3-year-olds going a mile and 70 yards, Be Better took advantage of solid early fractions set by Pass and Stow, who was trying two turns for the first time. Pass and Stow took the field through an opening six furlongs in 1:09.80 before getting weary in mid-stretch. Be Better, ridden by Paco Lopez, swung five wide off the turn and roared past Pass and Stow as well as Cyberviking.

Be Better, third in his only start at 2 in Maiden Special Weight company at Saratoga last year, has won both of his races this year at Monmouth Park going two turns.

Cyberking was second, three-quarters of a length better than Pass and Stow.

Pletcher is now 7-for-30 at the meet, including an upset victory by Mind Control over Hot Rod Charlie in the Grade 3 Salvator Mile.

Racing resumes at Monmouth Park on Friday with an eight-race card. First race post time that day is 2 p.m.