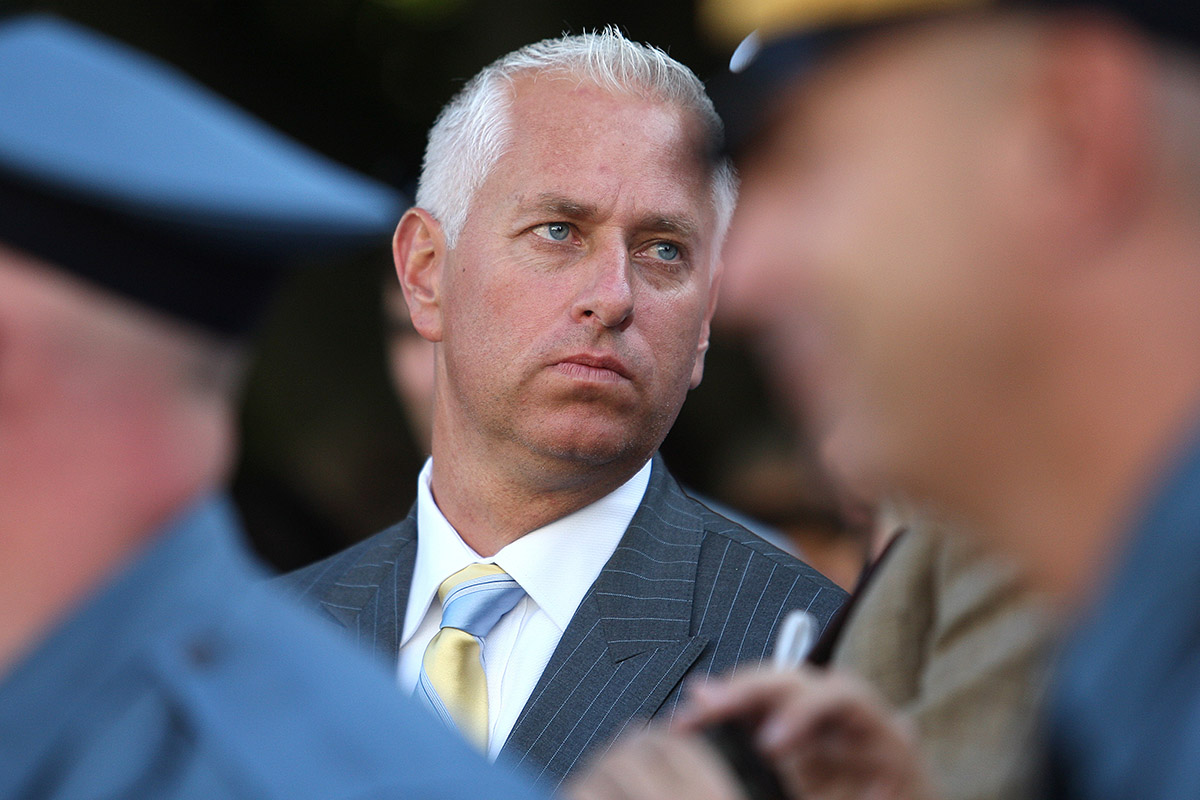 It isn’t often that a Grade 1 winner trained by Todd Pletcher gets overlooked in a stakes race. But with defending champion Pirate’s Punch and the talented Ny Traffic heading the field for Saturday’s Grade 3 Salvator Mile at Monmouth Park, that seems to be the case with Basin.

The 4-year-old son of Liam’s Map, who won the Grade 1 Hopeful at Saratoga as a 2-year-old and then was second in the Arkansas Derby last year to Charlatan, will be making just his fourth start for Pletcher.

A $150,000 yearling purchase who has earned $568,260 in 10 lifetime starts, Basin is coming off an eighth-place finish in the Grade 1 Churchill Downs Stakes on May 1 – though he was beaten just 3¾ lengths in that seven-furlong race.

“He wasn’t beaten far at Churchill,” Pletcher said. “The whole field was two or three lengths apart. He got squeezed out late but he was just starting to not hold his spot late. I thought he ran competitively in a pretty deep field.”

In three career starts for Pletcher, Basin, owned by Jackpot Farm, shows a second in the Grade 2 Amsterdam last August at Saratoga and a win in the Sir Shackleton Stakes at Gulfstream Park on March 27.

His best efforts, with the exception of the Arkansas Derby, have come at seven furlongs or less. But Pletcher is confident the two-turn Salvator Mile, which has attracted a field of 10, won’t be an issue.

“We felt like a two-turn, one-mile race suits him well,” Pletcher said. “He trains like the two turns and longer won’t be an issue. I felt like timing-wise this was (a) good (spot) and he’s had good breezes since the Churchill race.”

Pirate’s Punch, who notched a two-length victory in the Salvator Mile last year, has not raced since the Breeders’ Cup Dirt Mile on Nov. 7. Trainer Grant Forster said the 5-year-old gelding had a chip surgically removed from one of his knees following that race but that he has trained exceptionally well during the time off.

Ny Traffic, second by nose to 2020 Horse of the Year Authentic in last year’s TVG.com Haskell Stakes, turned in an impressive first race back for trainer Saffie Joseph, Jr. as a prep for this race. He won an allowance optional claimer at Belmont Park by 6 ¾ lengths on May 2.

Kentucky Derby runner-up Mandaloun arrived on the Monmouth Park backstretch by van at approximately 7:40 a.m. on Friday from Churchill Downs and settled into his temporary home-away-from-home in Barn 29. The Brad Cox-trainee heads a field of five for Sunday’s $150,000 TVG.com Pegasus Stakes, a race Cox is using as a stepping stone to the July 17 TVG.com Haskell Stakes.

Blake Cox, the trainer’s son, said Mandaloun would likely head to the track Saturday morning and might also school in the paddock later in the day.