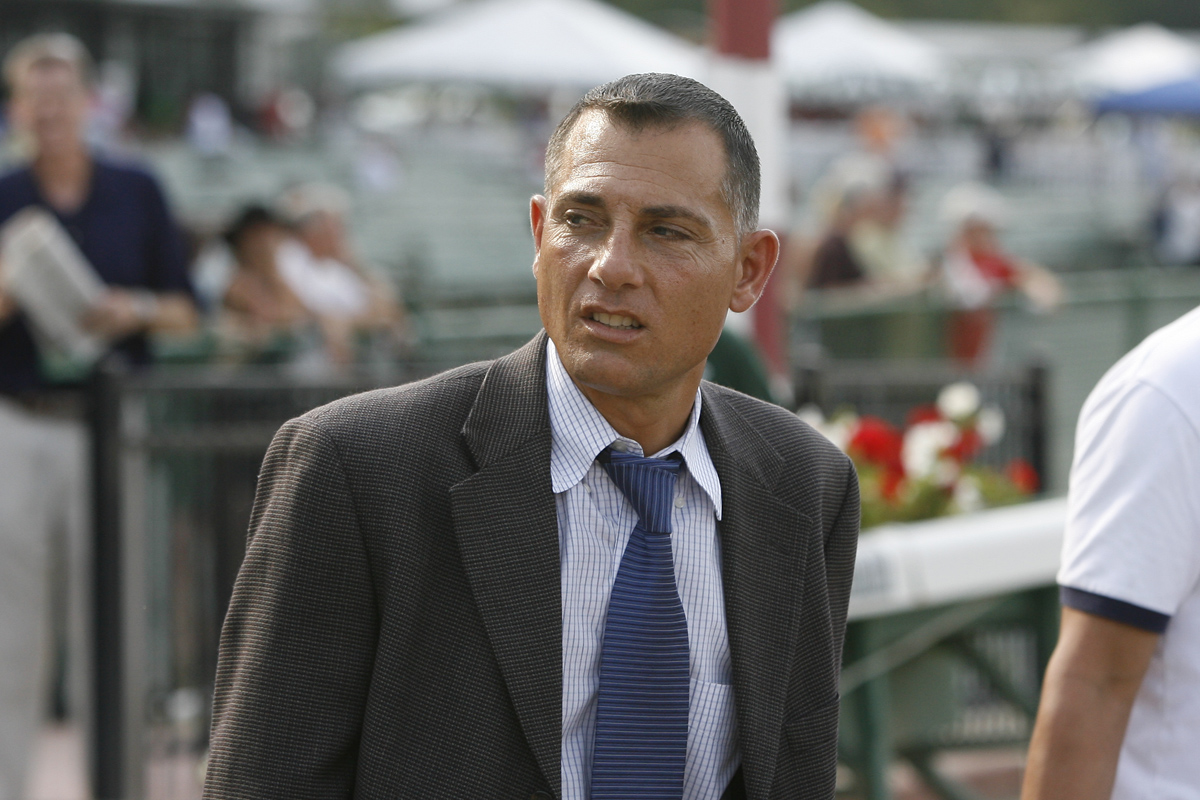 Anthony Sciametta, Jr. insists he wasn’t frustrated by the relatively slow start the Todd Pletcher stable got off to at Monmouth Park during its return to the Jersey Shore this summer following a one-year hiatus.

Having served as Pletcher’s assistant for 19 years – 18 of them overseeing the string at Monmouth – Sciametta knew that it was just a matter of time before things worked out.

That time appears to have arrived.

Less than a week after the Pletcher-trained King for a Day upset Maximum Security in the TVG.com Pegasus Stakes, the Pletcher stable will be represented in three of the four stakes races on Monmouth Park’s 13-race Saturday card.

“You always want to get off to a good start at a new meeting, but we’re used to the ups and downs,” said Sciametta. “I think things are picking up now.”

By most standards, Pletcher’s four wins, four seconds and four thirds from 18 starters at the meet would be a solid beginning. Pletcher isn’t most trainers, however.

King for a Day, who shipped to Saratoga on Wednesday, is further proof of that.

Now the seven-time Eclipse Award winner as the nation’s top trainer is looking to build on that victory during a stakes-filled Saturday card.

It starts with Bal Harbour, who had a troubled start in the Grade 3 Salvator Mile on May 25 at Monmouth. The 4-year-old gelding will look to make amends against an ultra-competitive in the Grade 3 Philip H. Iselin Stakes at a mile and a sixteenth.

“He spotted the field a couple of lengths because of the start he had in the Salvator Mile and then he came running. He probably should have won the race,” Sciametta said of the Red Oak Stable charge. “He had a good work the other day so I feel confident that he is ready.”

A winner of five of 14 career starts, Bal Harbour finished third in the Salvator Mile, beaten three lengths. But most of his success has been at a mile or less.

“That’s always the question,” Sciametta said of the mile and a sixteenth. “But Todd doesn’t put these horses in if they don’t belong so I’m sure he will be competitive if he runs back to his last race.”

The persistent rain over the last few days has left the condition of the turf course uncertain, a source of some concern for Pletcher.

“Todd said he prefers a firm course even though he has run well on a soft or yielding course,” said Sciametta.

Owned by Calumet Farm, Channel Cat has won four of 14 career starts with earnings of $570,792. The 4-year-old son of English Channel-Carnival Kitten by Kitten’s Joy will ship in from his Belmont Park base Saturday morning, Sciametta said.

Sun Studio, fourth in the Grade 2 Ruffian Stakes in her last start, will be Pletcher’s starter in the $100,000 Lady’s Secret Stakes at a mile and a sixteenth. The 4-year-old daughter of Speightstown-Bending Strings by American Chance, who is owned by John D. Gunther, is 2-for-6 lifetime.

“She’s training well,” said Sciametta. “We’ll see what we’ve got in this race. We’re still trying to figure her out. But she has had good works coming into this. She has been doing well. So I’m optimistic.”

The Grade 3 Eatontown Stakes, at a mile and a sixteenth on the turf, is the other stakes race on the card.