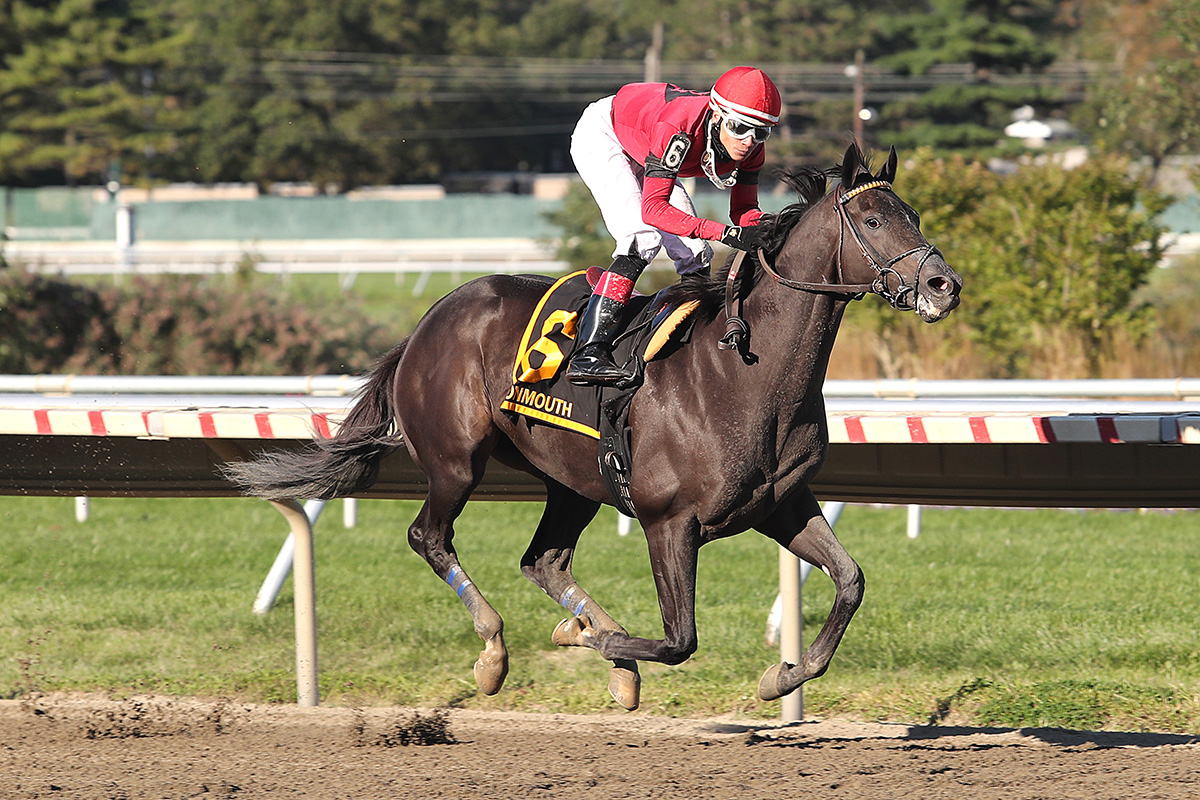 Pirate’s Punch and Ny Traffic took turns with impressive performances a year ago at Monmouth Park. Now they’ll match their considerable talents in the same race at the track.

Pirate’s Punch, idle since the Breeders’ Cup Dirt Mile on Nov. 7, and Ny Traffic, who made his return to racing on May 2, top a field of 10 for the Grade 3, $150,000 Salvator Mile, the headliner on Monmouth Park’s Saturday card.

When last seen at Monmouth Park, Pirate’s Punch won the Salvator Mile in 2020 – a race after being disqualified from a victory in the Grade 3 Iselin Stakes. Ny Traffic was second in last year’s Grade 1 TVG.com Haskell Stakes, beaten a nose by 2020 Horse of the Year Authentic.

A 5-year-old Kentucky-bred, Pirate’s Punch needed surgery to remove a chip from one of his knees shortly after the Breeders’ Cup, with trainer Grant Forster now eager to get him started on his 2021 campaign.

“After his surgery we took our time with him and did the proper rehab. Hopefully we have a foundation in him,” said Forster. “He’s doing fantastic. He seems like he’s a bigger, stronger horse this year.

The 4-year-old Ny Traffic, in his first race since the Preakness Stakes on Oct. 3, impressed in his 2021 debut, blazing to a 6¾-length victory in an allowance optional claimer at Belmont Park on May 2.

“He came back in a big way. He won emphatically,” said trainer Saffie Joseph, Jr. “We were hoping he would win but we never envisioned he would run like that in his first race back after seven months off.

“It’s a long year and he has a lot in front of him. We’re hoping this race can be a building block for the year.”

Ny Traffic, a son of Cross Traffic-Mamie Reilly by Graeme Hall, has a 3-3-2 line from 12 career starts, with lifetime earnings of $612,220. Despite that, he has yet to win a graded stakes race.

“He came close (in last year’s) Haskell,” said Joseph. “He definitely has a graded stakes win in him. Hopefully it’s this year – and maybe this weekend.”

Pirate’s Punch, a son of of Shanghai Bobby-Catch the Moon by Malibu Moon, sports a 5-3-4 line from 18 career starts with $332,751 in earnings. He is owned by Gulliver Racing LLC, Craig W. Drager and Dan Lehan.

Saturday marks the 74th running of the Salvator Mile.