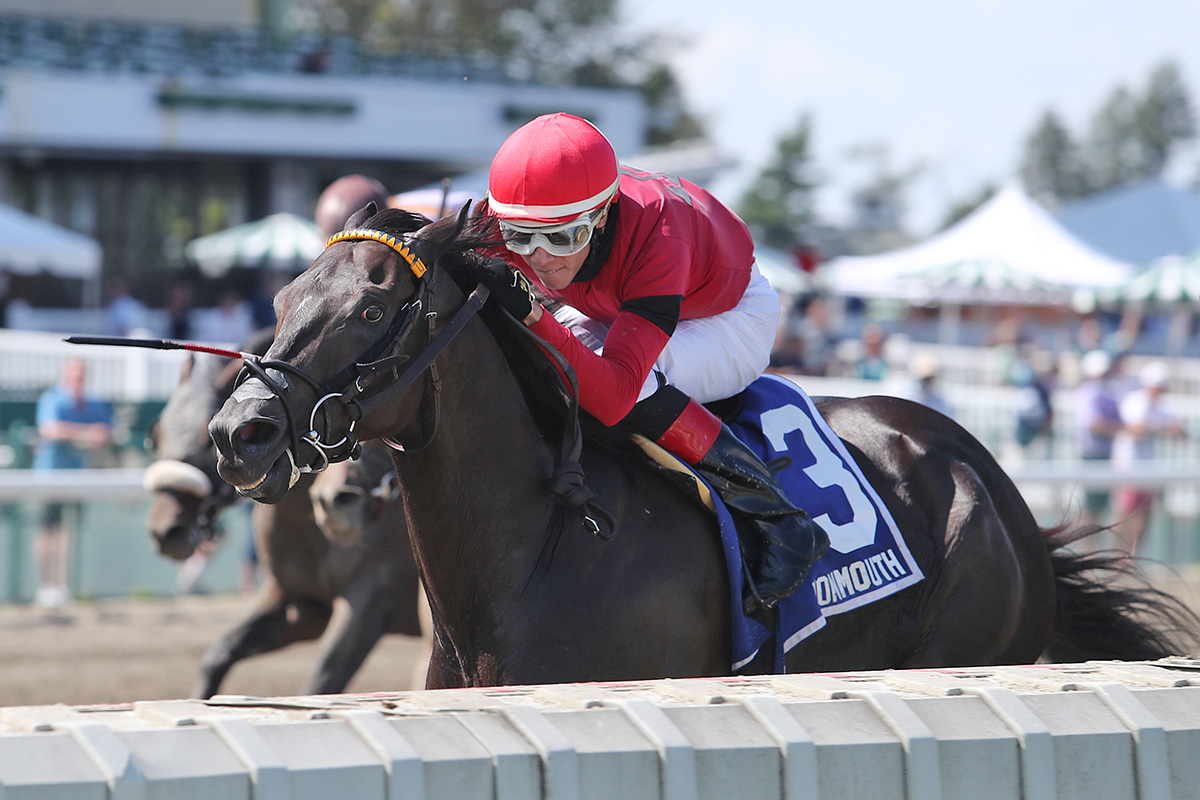 Whatever reservations trainer Grant Forster had about shipping Pirate’s Punch from Kentucky to Monmouth Park for the second time in a little more than four weeks disappeared when he put the speedy 4-old gelding back on the work tab.
Disqualified from first place in the Grade 3 Philip H. Iselin Stakes for interference on Aug. 22, Pirate’s Punch has maintained the form that saw him cross the finish line a 1½-length winner that day.

So Forster will try again, this time in Sunday’s $150,000 Grade 3 Salvator Mile that headlines Monmouth Park’s 14-race card, and he will do so with an eye on the future: The Breeders’ Cup Dirt Mile.

“We were looking for any reason not to come back but he just would not give us any reason not to do it,” said Forster. “He has been absolutely fantastic every day since he has been back in Kentucky after the Iselin and he has answered every question we gave him.

“He deserves the chance to go back and do it again.”

But there’s a little more to it this time, Forster conceded.

“We’re looking at this race as kind of our win and you’re in for the Breeders’ Cup Dirt Mile,” he said.

Forster, who took over the training of Pirate’s Punch from Jeff Mullin last summer, is still looking to add a graded stakes win to Kentucky-bred’s credentials. He thought he had one in the Iselin in what was essentially a two-horse race between Pirate’s Punch and Warrior’s Charge, with Pirate’s Punch disqualified from first for interference in the stretch.

“What can you do? That’s sports,” said Forster. “Calls go against you in every sport in every country in the world. We were ecstatic with how our horse ran and we felt like we had the best horse that day. So we’re back to try to do it again on Sunday.”

A son of Shanghai Bobby, Pirate’s Punch shows a 4-3-4 line for 16 career starts, with earnings of $242,751. His appearance at Monmouth Park in the Iselin marked the 10th different track he has raced at over his career and the ninth time in his past 10 starts that he was trying a mile and a sixteenth.

He will be shortening up to a mile for only the third time in his career.

“I think a mile, a mile and a sixteenth, a mile and an eighth … I don’t think there is any real specialty to him per se,” said Forster.

The eight-horse Salvator Mile field, he said, “is more well-rounded than the Iselin field was.”

“In the Iselin, Warrior’s Charge was the most accomplished horse in the race,” he said. “You look at this field and see a horse like Bal Harbour and I am more worried about him this time than I was in the Iselin. It’s his third time off the layoff. There’s Top Line Growth, who ran a big number off a layoff. We’ll see if he’s ready to build off of that or if he will regress.

“With (Grade 1 winner) Valid Point (trying dirt for the first time in his career) you don’t know if they’re experimenting or if they feel this will move him up. I don’t know. He’s a hard read.”