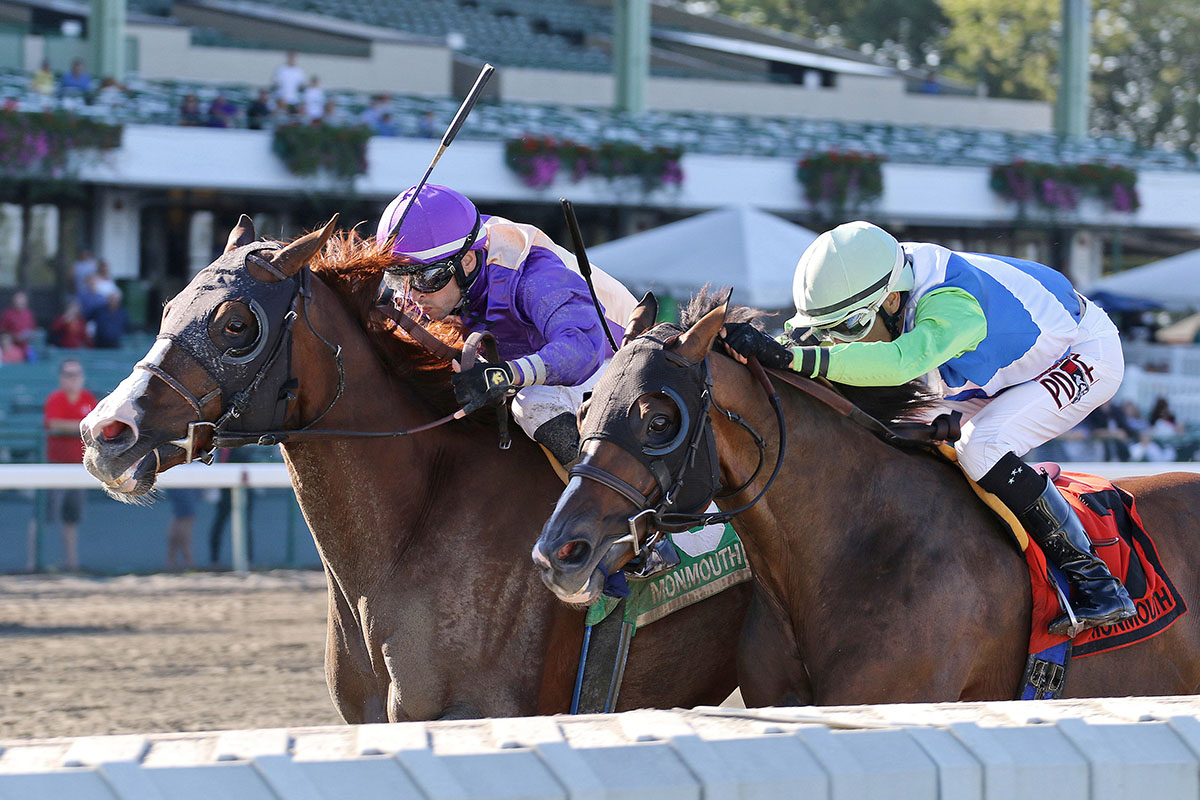 It took a horse that trainer Kent Sweezey has only had for a little more than two months to finally get him his first stakes victory at Monmouth Park.

Phat Man, purchased for $65,000 at the Fasig-Tipton July horses of racing age sale in Lexington, Ky., showed his grit and class by digging in for a head victory over 3-5 No Dozing in the inaugural running of the Good Magic Mile Stakes on Sunday at Monmouth Park.

Sweezey, who started training in 2017, has been stabled at Monmouth Park the past two summers, mostly with claiming horses. It was his 150th starter at the track over that time.

“It feels good,” said Sweezey. “I had won a stakes race at Indiana Grand (the Warrior Veterans Stakes with Western Reserve on July 15, 2017) when I first got started but this is the first one in the two years I’ve been at Monmouth Park so it feels good. A lot of times they’ve been in over their heads when I’ve tried stakes races here. It’s nice to win one with one you knew had a shot.”

Phat Man, a 5-year-old gelded son of Munnings-Nicole’s Dream by Northern Trend, was making just his second start for Sweezey. The victory was Phat Man’s sixth in 23 career starts, with the $45,000 winner’s share boosting his career earnings to $353,823.

“He’s been training really well lately,” said Sweezey. “We bought him because of his back class. I knew there were races coming up that he would fit in.”

For most of the stretch it was a duel between Phat Man and No Dozing, with the latter on the inside refusing to yield. It was another 3½ lengths back to V. I. P. Code in third.

“My horse has a lot of class,” said winning jockey Angel Suarez. “He has a lot of heart. He showed that and he needed that today. For a little bit, though, I was scared because No Dozing would not quit and I thought he might get to me. But my horse is a warrior. He wouldn’t let that horse beat him.

“I’m happy for Kent because he’s a hard worker. He deserves this.”

Suarez had Phat Man fifth in the six-horse field through the opening half, with Guns of Steel setting the fractions to that point. Midway through the final turn No Dozing moved three-wide, with Phat Man following just outside him.

Those two cleared the field early in the stretch and waged a fierce stretch duel before Phat Man finally prevailed.

Earlier on the card, trainer Jason Servis scored a natural triple, winning the fourth race (Magical Jaime), the fifth race (Philanthropic) and the sixth race (Ronithelimodriver, via a disqualification of Default Rate). That gave Servis 35 winners for the meet, good for sole possession of second place behind Jorge Navarro’s 63 winners.