Owens To Try A Pair Of 2-Year-Olds On The Turf This Weekend At Meadowlands; Speaking Being Pointed to Grade 3 Nashua 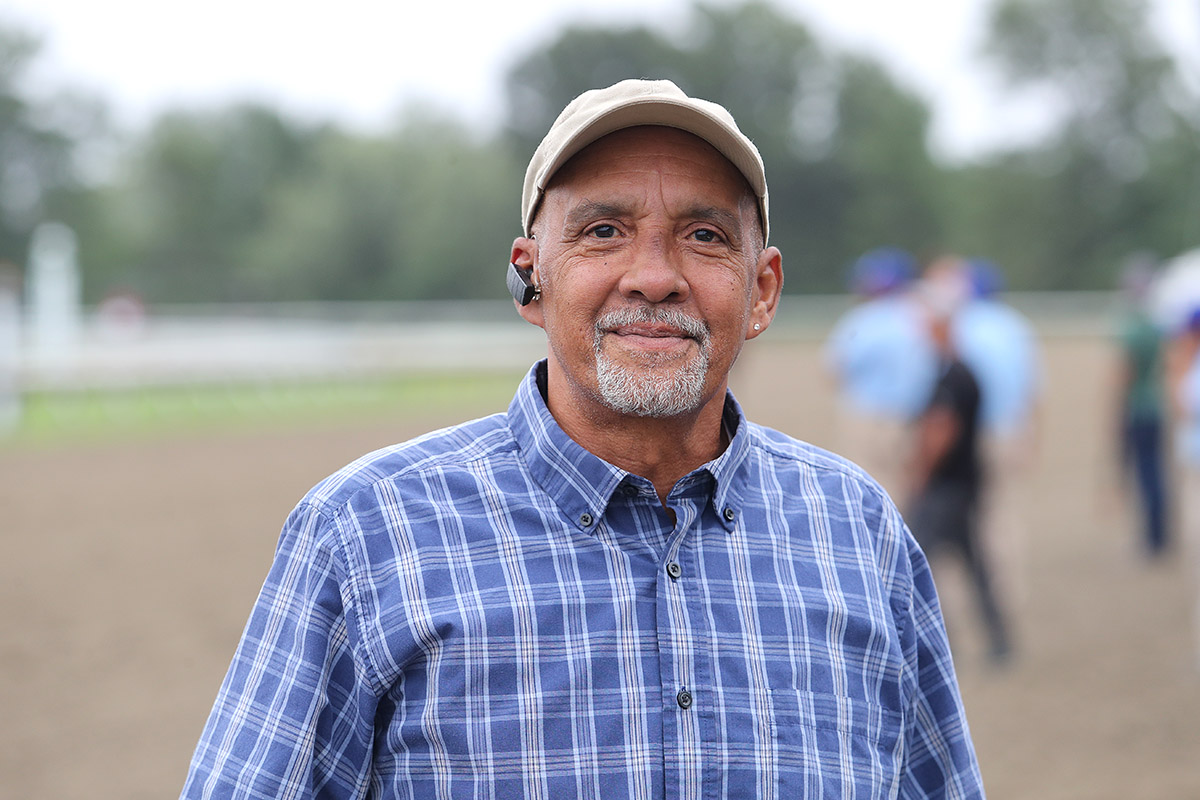 OCEANPORT, N.J. – As he waits for his promising 2-year-old Jersey-bred Speaking to make his next start – likely in the Grade 3 Nashua Stakes at Aqueduct on Nov. 7 – trainer Eddie Owens, Jr. will continue looking for his next good one for Holly Crest Farms.

Owens, who took over Holly Crest Stable’s roster of Jersey-breds when long-time trainer John Mazza passed away in May of 2020, will send out a couple of 2-year-olds when the Monmouth-at-Meadowlands meet resumes Friday, Oct. 8, with its six-race, all-turf cards.

It’s just enough to keep Owens busy as he awaits the return of Speaking, who dazzled against open company and provided Owens with his first career stakes win by capturing the Smoke Glacken Stakes by 3¼ lengths on Sept. 26 at Monmouth Park.

The $150,000 Nashua Stakes is a one-turn mile, though Owens is convinced that Speaking, 2-for-2 lifetime, will excel at two turns.

“He’s doing fine and training good, so the Nashua Stakes will probably be his next start,” said Owens. “I was hoping for something at two turns but I guess we’ll have to wait until December for that. I think that’s what he really wants.”

Speaking, a gelding son of Mr. Speaker bred and owned by Holly Crest Farms, was one of many Holly Crest home-breds Owens inherited when Mazza, a fixture at Monmouth Park for more than 50 years, passed away. Not included in that group was the multiple graded-stakes winning mare Horologist, who had long since changed hands and is now closing in on $1 million in earnings.

Owens, 61, said he was genuinely taken aback when Holly Crest’s owners turned to him as their next private trainer.

“I didn’t expect it at all. That was a total surprise to me,” said Owens, who spent 17 years as Joe Orseno’s top assistant before teaming up with Mazza in 2019.

After managing nine winners from 78 starters in his debut season in 2020, Owens is 6-for-41 this year, with Speaking’s stakes score and promise making that an even better year than it looks to be at first glance.

“It’s not much different than what I was doing. Just a lot more responsibility,” said Owens, who grew up in Long Branch. “But I will say last year was a learning experience. This year has been much better. People think it’s easy with Jersey-breds. It’s not. You better have decent horses for the money they put up for them.”

Cassation enters Friday’s Meadowlands program 0-for-2 after a pair of off-the-board finishes at 5½ furlongs on the dirt against state-breds. He will try open company this time.

“I wish I could have tried him longer on the dirt but he’s ready to race,” said Owens. “He trains like a horse who wants to go long. If he doesn’t turf we will find something going long on the dirt for him. He has been working head to head with Speaking, so he is no slouch.”

City Speaker, meanwhile, will get a chance to show something on the grass after failing to hit the board in her two dirt starts so far.

“She needs to grow. She’s a very small filly,” said Owens. “She maybe weighs 800 pounds. We’ll try her on turf and then turn her out and maybe she will grow more and be better next year.”