Oak Bluffs Rallies To Win Joey P. Handicap By A Half Length 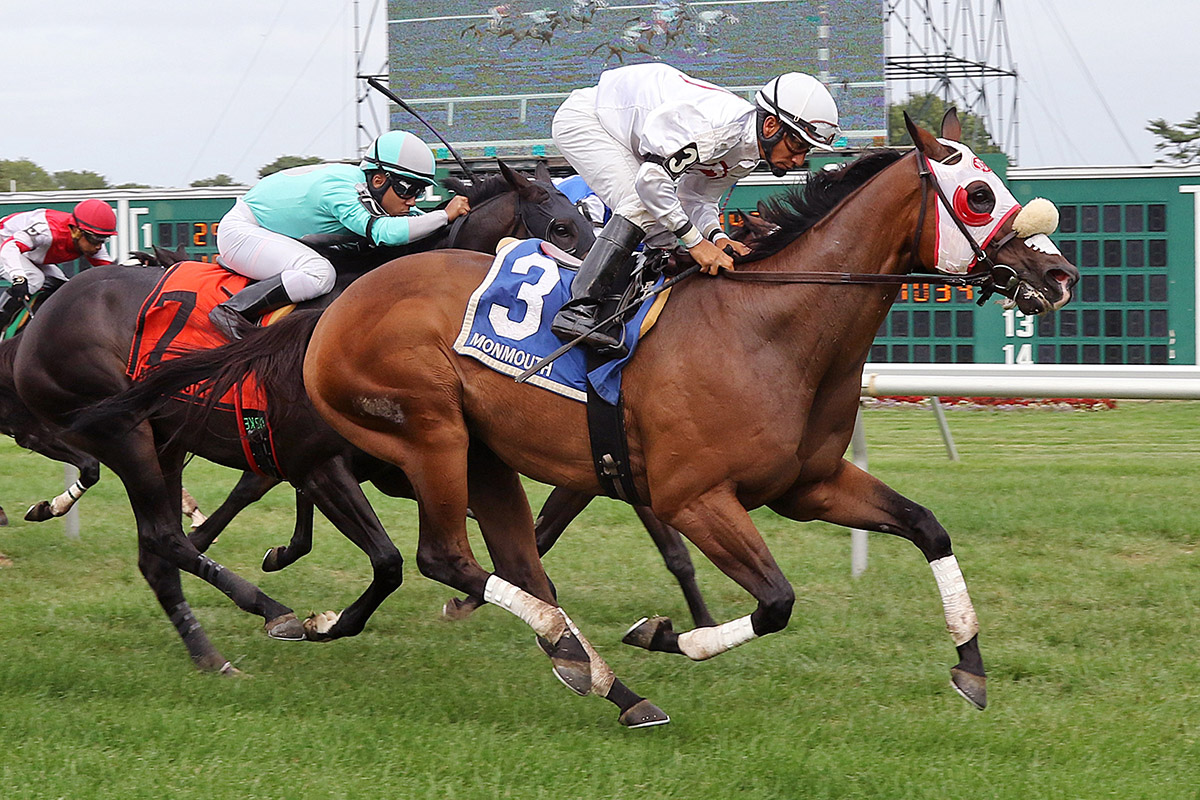 Oak Bluffs, claimed back by trainer Mary Eppler for $20,000 two starts ago, showed his grit and penchant for winning by rallying from next-to-last to capture the $75,000 Joey P. Handicap at five furlongs on the grass on Saturday at Monmouth Park.

The hard-hitting gelding, sent off as the 11-10 favorite in the field of seven Jersey-breds, scored by a half-length over Pnutbutter Special. It was a nose back to Like What I see in third in a blanket finish.

The victory was the 19th overall and 15th on the grass for the 9-year-old son of Defrere-Disco Shaker by Disco Rico.

For a late-running turf sprinter the race set-up could not have been more ideal, with an early five-horse scramble for the lead and the opening quarter mile going in :21.07. Oak Bluffs was next-to-last early, before jockey Paco Lopez made a move entering the turn. Oak Bluffs was still fifth then.

“I love this horse. I know this horse very well. He always tries,” said Lopez. “Sometimes he’s back a little too far early on, sometimes he’s right there. Today he broke good and we let everything develop in front of us. I always seem to have horse late when I ride him.

“I loved seeing that early speed duel. We were in a great spot. I took him a little wide in the turn and that probably didn’t help him but he pulled me to the win.”

But Oak Bluffs out-finished Pnutbutter Special and then held off the late-running Like What I See.

Time for the five furlongs over a firm turf course was :57.59.

“I was really excited for him this race. He’s a lot like Page McKenney. They both like to win,” Eppler said. “Knowing him and seeing that early speed duel today I thought he would get there. At the three-eighths pole I thought he was in a really good spot. Then he showed us how much he likes to win again.”

Oak Bluffs was claimed away from Eppler on March 17 at Gulfstream for $25,000 by Jorge Navarro before Eppler got the horse back for $20,000 on June 8 following a win at Monmouth Park.