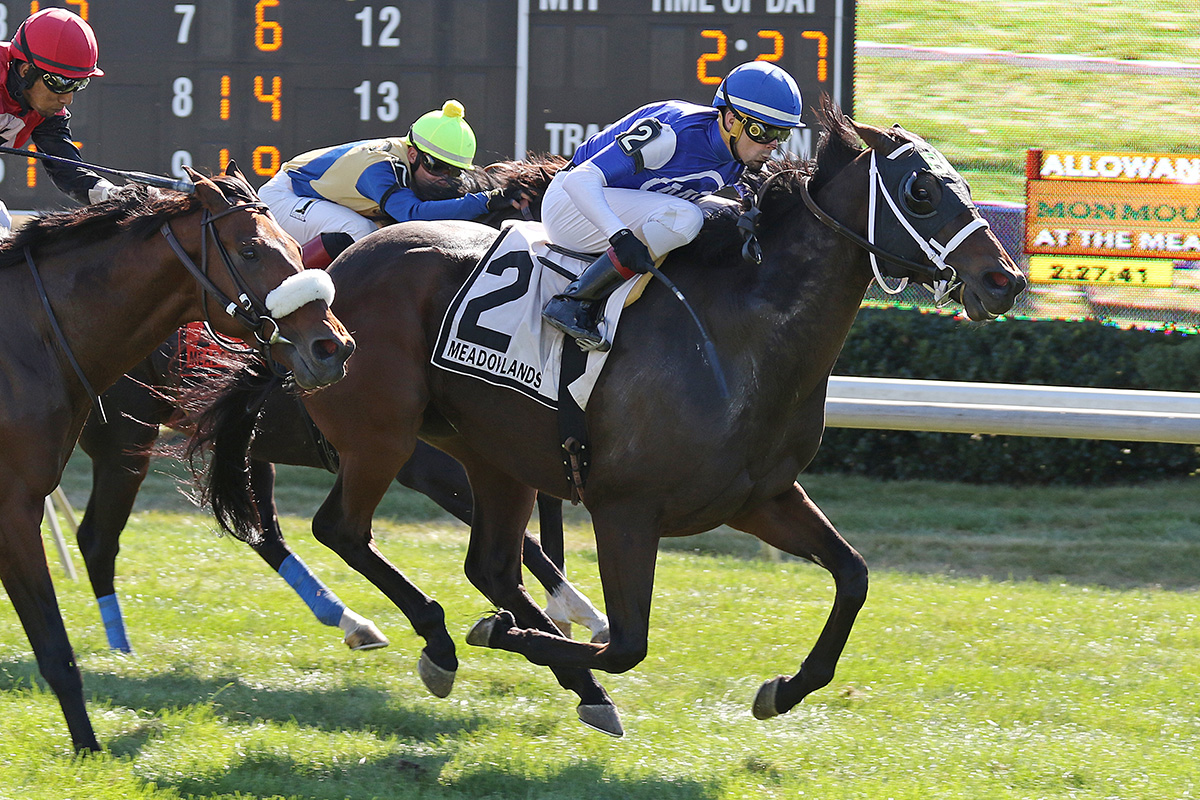 New Jersey John, claimed out of his last start for $12,500, paid immediate dividends for owner and trainer Mike Dini by capturing the featured $35,000 allowance optional claimer on Saturday during the second day of the Monmouth at Meadowlands all-turf meeting.

Forwardly placed throughout the one-mile race, New Jersey John sat off the flanks of the pace-setting Victory Chimes almost from the outset, surging past that one in mid-stretch. The 5-year-old gelding then held off the fast-closing bid of Atta Kid by a half-length. It was another neck back in third to Desperado.

Ridden by Jomar Torres, New Jersey John returned $13.60 to win in the field of ten 3-year-olds and up.

Time for the eight furlongs over a turf course listed as firm was 1:36.64.

One race earlier, trainer Tim Kelly lit up the tote board for the second straight day when 80-1 Carpenter rallied to win the fifth race at a mile under Shannon Uske. The only Jersey-bred in the field of 10, Carpenter returned $163.00 to win, triggering a superfecta that returned $8,614 for 10 cents.

On Friday, Kelly sent out 63-1 shot Single Broad to win the featured allowance optional claimer, resulting in a win payoff of $129.80.

Prima Ventures LLC owns both of Kelly’s longshot winners. The veteran trained had been 0-for-49 on the year entering Friday’s card.

Kelly’s latest longshot winner contributed to second-day carryovers in both the Pick 5 and the Pick 6 heading into the Friday, Oct. 11, card at the Meadowlands.

Live racing shifts to Monmouth Park on Sunday for a nine-race program.

All-turf Thoroughbred racing will continue at the Meadowlands on Fridays and Saturdays throughout October, with the exception of Saturday, Oct. 19, when the 99th steeplechase meet takes place at Far Hills.

Monmouth Park is conducting live racing on Sundays in the month of October.