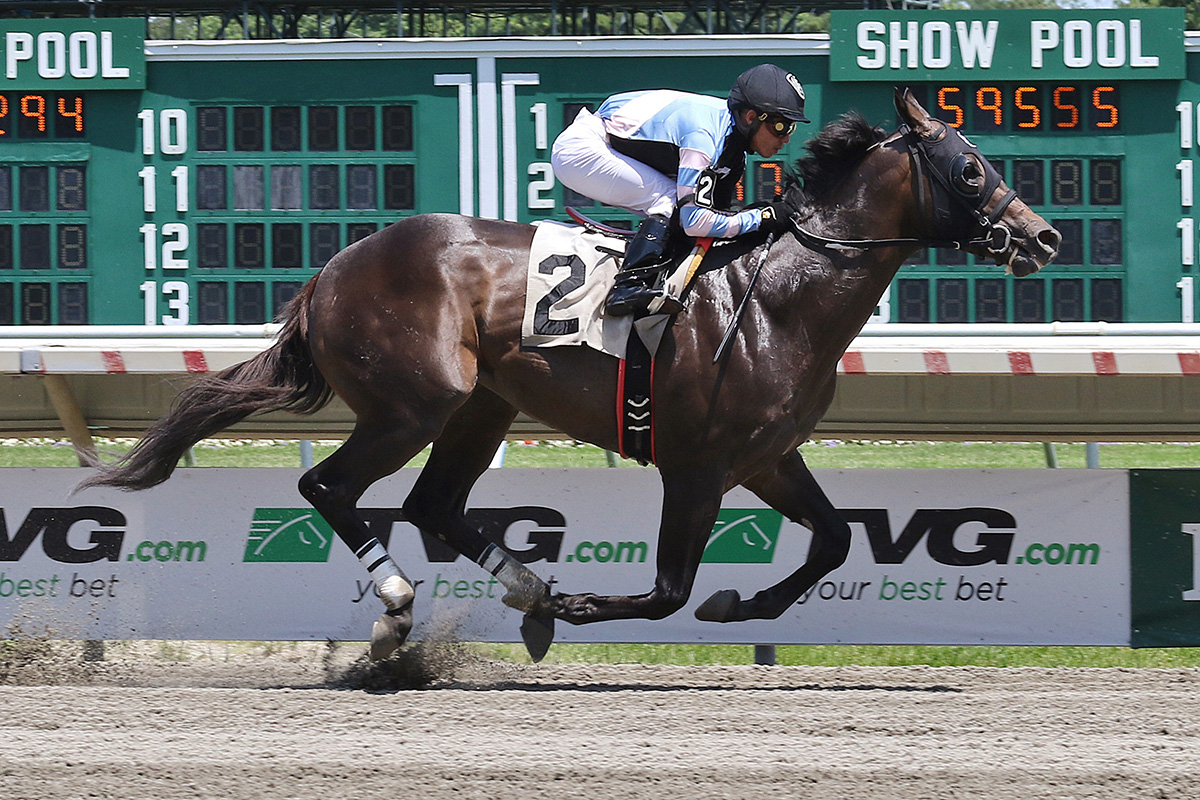 Trainer Jorge Navarro didn’t mince any words after Shancelot blazed six furlongs in 1:08.43 – the fastest time for that distance so far during the Monmouth Park meeting – in his second career start on Sunday.

The 3-year-old son of Shanghai Bobby-True Kiss by Is It True did it all on his own, too, cruising through fractions of :22.16 and :44.56 in posting a 6¼-length victory in the second race on the card.

Unraced at 2, Shancelot made his debut by winning a Maiden Special Weight race at Gulfstream Park on Feb. 16, beating Kentucky Derby starter and Florida Derby runner-up Bodexpress. He clocked in at 1:22.15 for that seven-furlong race.

Navarro called that “probably the best Maiden Special Weight race of the meet.”