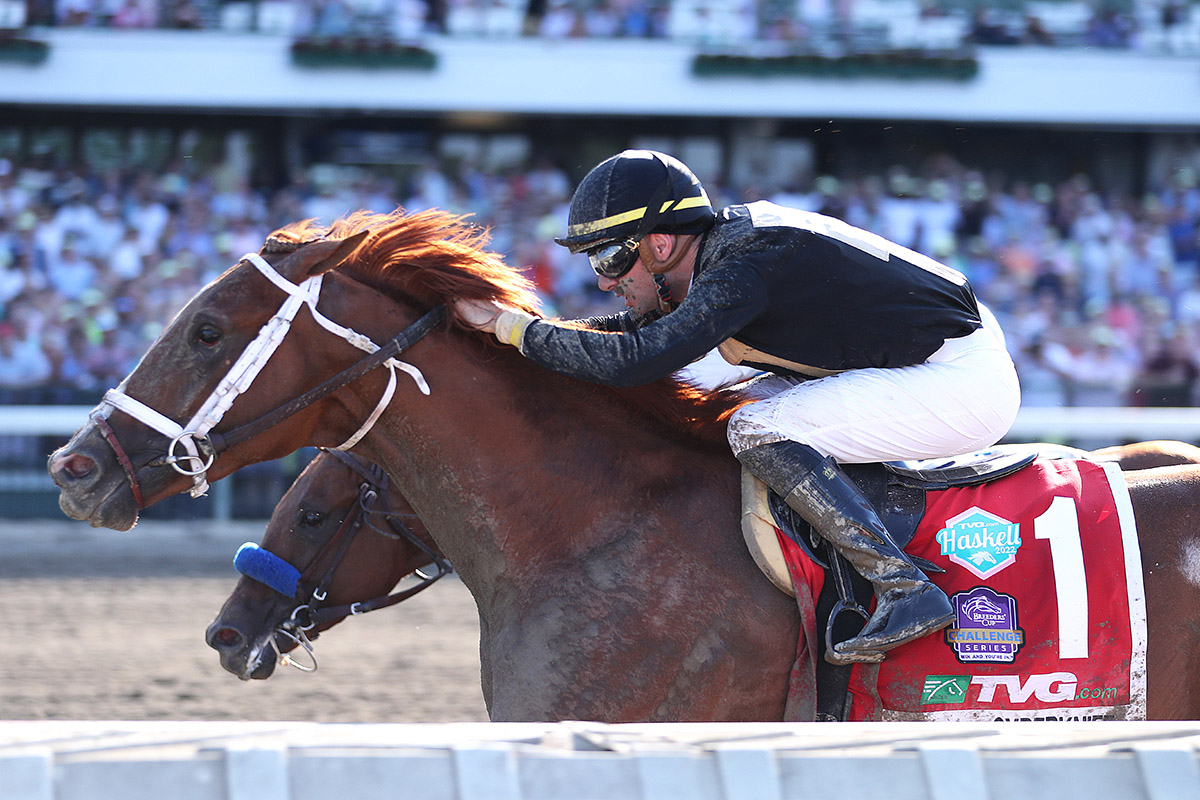 Monmouth Park held its second Haskell Day $1,000 NHC/BCBC qualifier on Saturday, July 23 and Frank Mustari of Des Plaines, IL finished in the top spot.  Mustari used a mid-day all-in bet on 16-1 shot Cabinet Pik to vault to the top of the leaderboard.  He was never caught.

Mustari bested a record field that included 229 entries. He turned his starting $500 bankroll into $8,615 by win, place, show, exacta and/or double wagering on Monmouth Park races only.  Contest players needed to bet a minimum of $100 per race and a minimum of five races.

By finishing first, Mustari takes home the first-place cash prize of $16,000 as well as a seat to the 2023 Breeders’ Cup Betting Challenge (BCBC).   Saturday’s second through seventh-place finishers will also be heading to the 2022 BCBC.  The eighth and ninth place finishers in the Haskell Challenge earned a 2023 National Horseplayers Championship (NHC) seat.

In total, the Top 9 finishers from Saturday are: