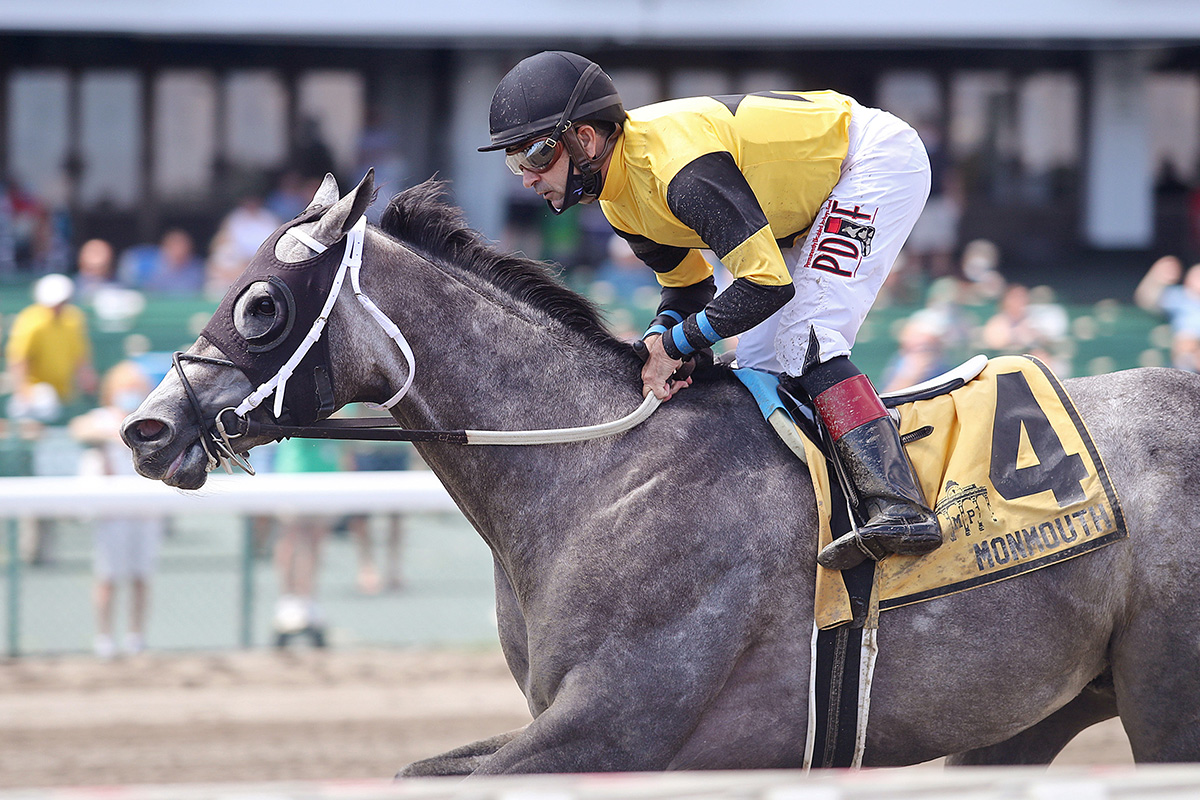 County Final showed a new dimension by coming off the pace and easily made amends for his first career loss in the Grade 3 Bashford Manor in his last start by rolling to a 4¼-length victory in Saturday’s 79th edition of the Tyro Stakes for 2-year-olds at Monmouth Park.

The $75,000 Tyro Stakes, originally scheduled for five furlongs on the turf, was switched to a main track listed as “muddy” at the time of the race.

County Final, making his debut for Hall of Fame trainer Steve Asmussen, was not on the lead in the early stages of a race for the first time, but settled nicely behind speedy first-time starter Spicy Marg, who carved out fractions of :22.20 for the opening quarter and :45.65 to the half. Jockey Joe Bravo then had to maneuver County Final by Spicy Marg, who drifted in the lane, before drawing away.

“You try not to panic on them,” Bravo said. “The horse is going to tell you if they want to do it. He’s a pretty nice colt. Very mature. He really impressed me in the post parade. He’s a very intelligent horse. He relaxed nicely.

“He broke good but that horse inside of us (Spicy Marg) is fast. He out-footed us, but it was so impressive at the one-eighth pole. My horse switched leads and he took off.”

Owned by West Point Thoroughbreds, County Final won his debut on June 5 at Churchill Downs in gate to wire fashion, scoring by four lengths in a Maiden Special Weight race on the grass. He then set quick early fractions in the Grade 3 Bashford Manor on the dirt at Churchill Downs in his next start but could not fend off the Asmussen-trained Cazadero, settling for second.

Asmussen has called Cazadero “the most talented 2-year-old I’ve had in a long, long time.”

Purchased for $475,000 at the Fasig-Tipton Horses of Racing Age sale in Lexington, Ky., County Final paid $2.80 to win as the heavy favorite, covering the five furlongs in :58.16. John Ennis trained the son of Oxbow-Tapajo by Tapit prior to Asmussen taking over for the Tyro.