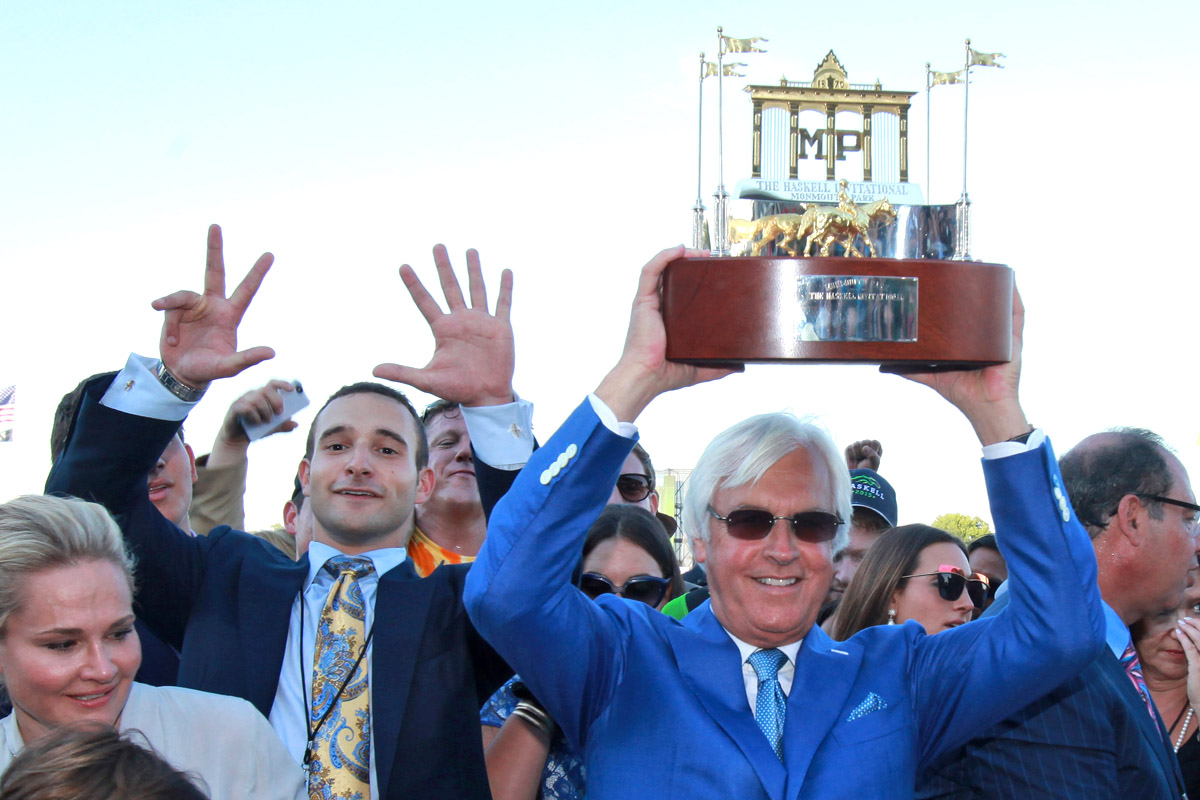 When Bob Baffert looks to extend his record for victories in the TVG.Com Haskell Invitational to nine on July 20, the Hall of Fame trainer will likely do so in an unfamiliar position.

Six of his previous eight Haskell winners have gone off as the favorite in Monmouth Park’s signature race (Bayern in 2014 and Coil in 2011 won for Baffert as the second choice).

That probably won’t be the case when Mucho Gusto goes postward in the $1 million, Grade 1 race despite the colt’s nearly-flawless record of five wins, a second and a third in seven career starts.

But would it be a surprise if the son of Mucho Macho Man-Itsagiantscauseway by Giant’s Causeway pulled off a minor upset?

Yes and no, said Baffert.

“If I didn’t think we had a chance to win I wouldn’t send him. I think he’s got a chance. If everybody shows up and runs the way they’re capable of it should be a heck of a race.”

For now, Maximum Security and the Todd Pletcher-trained King for a Day are the headliners in the 52nd running of the Haskell Invitational. Joevia and Mucho Gusto, despite back-to-back Grade 3 wins at Santa Anita, would be nipping at the heels of the top two. Chilly in Charge, Everfast and Spun to Run are the other probable starters at this point.

“If Maximum Security runs his race I think he will be tough,” Baffert said. “I thought he just got tired last time (a one-length loss to King for a Day in the TVG.com Pegasus Stakes on June 16).”

He was second with American Freedom in 2016 and in 2013 with Power Broker.

“Mucho Gusto is a little like Power Broker. He’s that kind of horse,” Baffert said.

A $625,000 yearling purchase, Mucho Gusto has competed in six straight graded stakes races since breaking his maiden at 2 on Sept. 18 and has yet to miss the board. This will be his second try in Grade 1 company.

“He’s a horse who I think is getting better. He’s very consistent,” Baffert said. “But he’s going to have to step up in order to compete with these horses.

“I like to take a swing at the fences. Sometimes you have to do that. If he wins it’s great. Even second would be fine. I’m not going in with the favorite like I usually do but I think he deserves a chance so we’ll take a shot at it.”

Baffert said Mucho Gusto, owned by Michael L. Petersen, will breeze on Friday, shipping in next Wednesday. Joe Talamo, the colt’s regular rider, will make the trip East to ride in the Haskell.

“This is a horse that is slowly getting there,” Baffert said. “He’s been pretty solid to this point but I think he is still getting better. This would be a big accomplishment for him if he were to win.”

Among other Haskell Invitational contenders, Maximum Security galloped on Thursday and will have his final work before the race either Monday or Tuesday, trainer Jason Servis said. Joevia, third in the Belmont Stakes, will work five-eighths on Sunday in his final prep, according to trainer Gregg Sacco.

Trainer Juan Carlos Guerrero said he has enlisted Paco Lopez to ride Spun to Run in the Haskell.