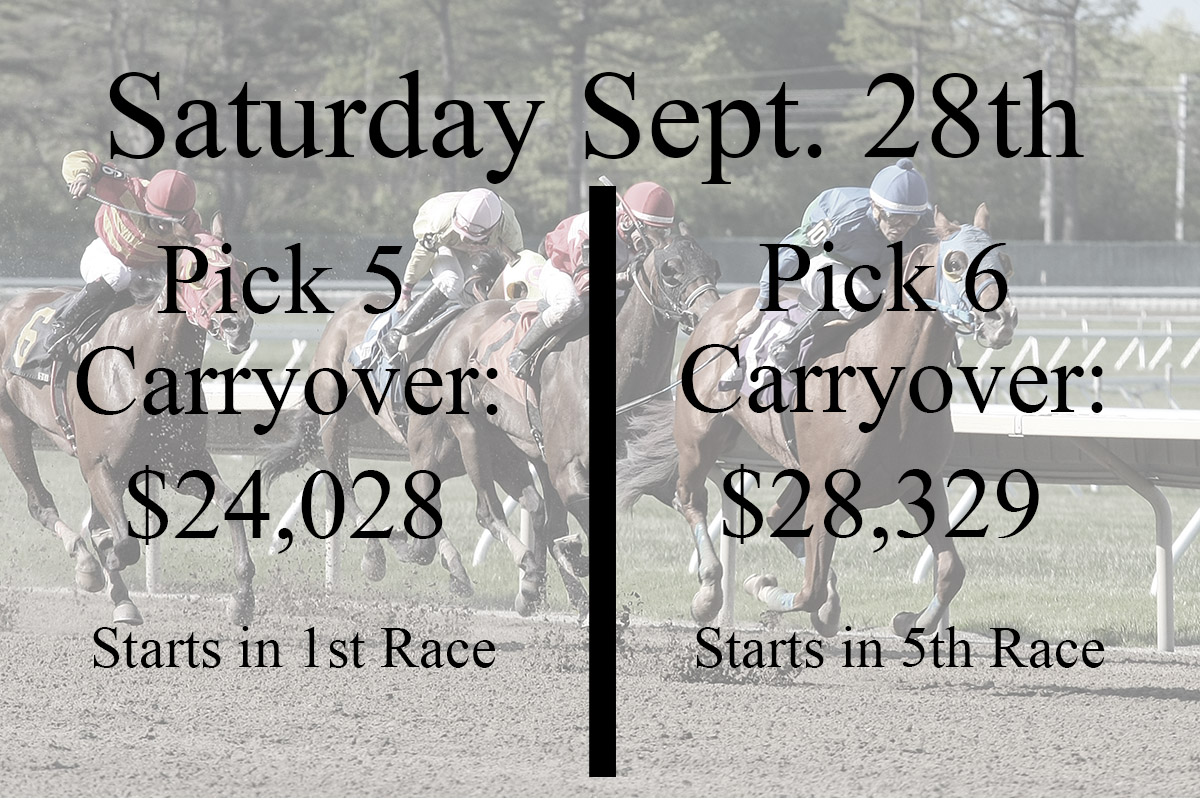 In addition to the four stakes races that will highlight Monmouth Park’s final Saturday program of the 2019 meet handicappers will have the added inducement of carryovers in both the Pick 5 and the Jersey Shore Pick 6 on the 10-race card.

The racing will be complemented by Oktoberfest, which will feature an array of food trucks, a beer stein holding contest sponsored by 95.9 The WRAT and live music by Jingleheimer from noon to 4 p.m. “On the Green.”

The Jersey Shore Pick 6, which requires a single winning ticket to take down the jackpot pool, stands at $28,329. The Pick 6 will start in the fifth race and will include all four stakes races.

Following the card on Sunday, Sept. 29, Monmouth Park will race on Sundays only throughout the month of October, with all-turf cards shifting to the Meadowlands in East Rutherford on Fridays and Saturdays throughout October (with the exception of Saturday, Oct. 19, when racing moves to Far Hills for a day of steeplechase events).

First race post time at the Meadowlands on Fridays and Saturdays in October will be 12:30 p.m.