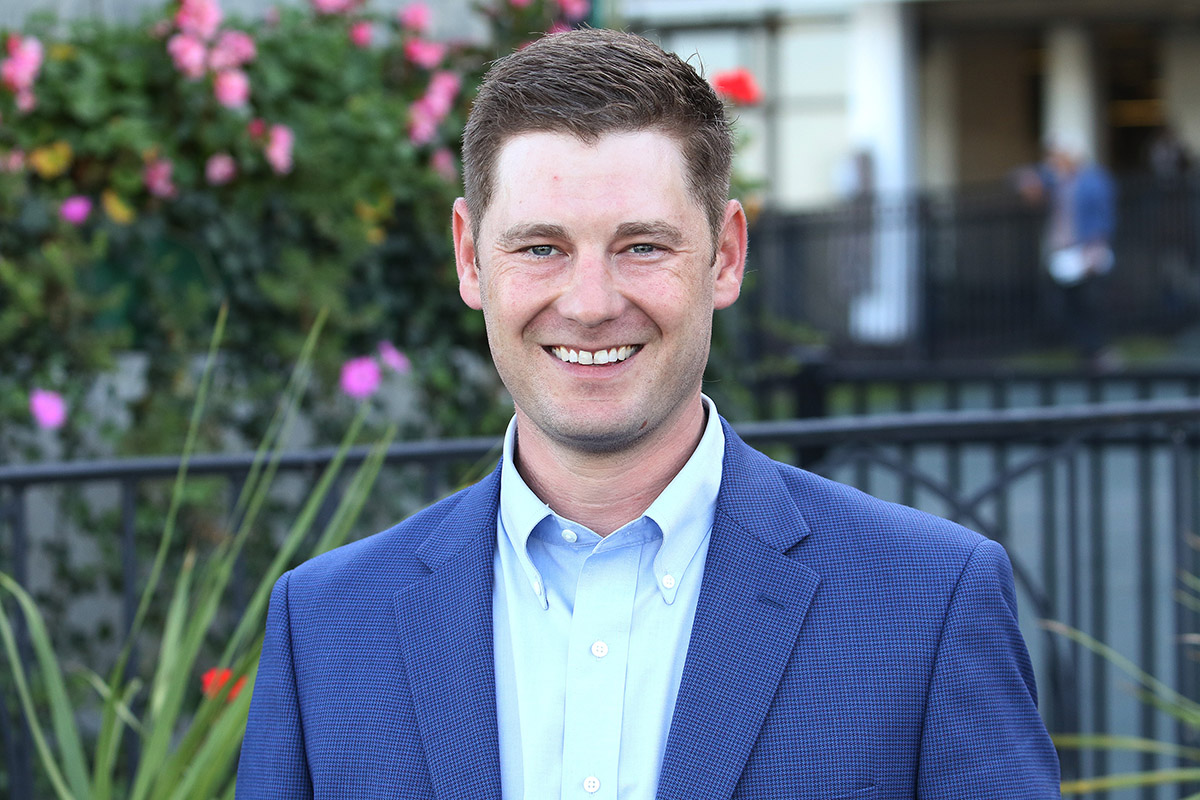 As he continues to balance divisions at Monmouth Park and Gulfstream, doing so well enough to be in the top 10 of the trainer standings at both tracks, J. Kent Sweezey is quick to point out that it’s more than just a one-man operation.

So his success, he insists, is really team success, with the latest being yet another milestone in a season that is well on its way to being the best year of his five-year training career: Epic Bromance’s third-place finish (at odds of 61-1) in last Sunday’s $500,000 United Nations at Monmouth Park.

It marked the first time the 35-year-old Lexington, Ky. native had hit the board in a Grade 1 race since he went out on his own in 2017. Epic Bromance was beaten just three lengths by race winner Tribhuvan.

“It’s great, of course, but when you have a split string like I do and you have success or win races – and if we win at Monmouth and I’m at Gulfstream, or vice-versa – owners in both places understand it’s the team,” said Sweezey. “It’s not just me out there doing all of the work. It’s the rest of the guys doing their jobs so I can manage everything.

“Until you show up and have the results we’re having I think there are a lot of questions. I think this year has answered some of those questions. We have a really good team in both places.”

A year after winning just seven times from 59 starters at Monmouth Park, Sweezey is already 7-for-24 at the current meet, including a victory in the Boiling Springs Stakes with Por Que Non.

Those numbers are good enough for 10th in the Monmouth trainer standings (he is ninth in the Gulfstream standings). It’s a long way from when he first arrived at Monmouth Park in 2018 with a small string of horses. He now has 70 overall.

“I think it’s the best progression I could have hoped for,” Sweezey said. “We started out with only a few horses the first year we were at Monmouth, then came back with a lot more and the year after that is when we filled the barn that we’re in right now.

“I think things are going as well as I could have hoped for. I’ve got some graded stakes horses in the barn, I have horses for new people I have not had before. Our stock has risen because we have better horses but we still have bread-and-butter horses that are winning races for us and keeping this thing going.”

Sweezey, who has 39 winners from 232 starters with earnings in excess of $1.2 million overall this year – he won 59 races worth more than $1.4 million a year ago – is looking to add to his success at Monmouth in the coming weeks.

He will send Grade 3 winner Phat Man into the Grade 3 Iselin Stakes on Aug. 21 and is pointing Epic Dreamer to the Oceanport Stakes on Aug. 8. He may have another starter in the Oceanport as well, having recently purchased millionaire 5-year-old gelding A Thread of Blue at the Fasig-Tipton July Sale for Horses in Training.

“He’s a new shooter in the barn that we’re looking forward to seeing run,” said Sweezey. “I think he has a lot of miles left in him. We might run him in the Oceanport as well.”

Meanwhile, Sweezey will keep juggling his two divisions, hoping the early momentum he has built up continues through the summer. When Monmouth Park resumes racing on Friday he will send out Destinique in the fourth race, a $12,500 claimer.

“You have to keep the ball rolling,” he said.