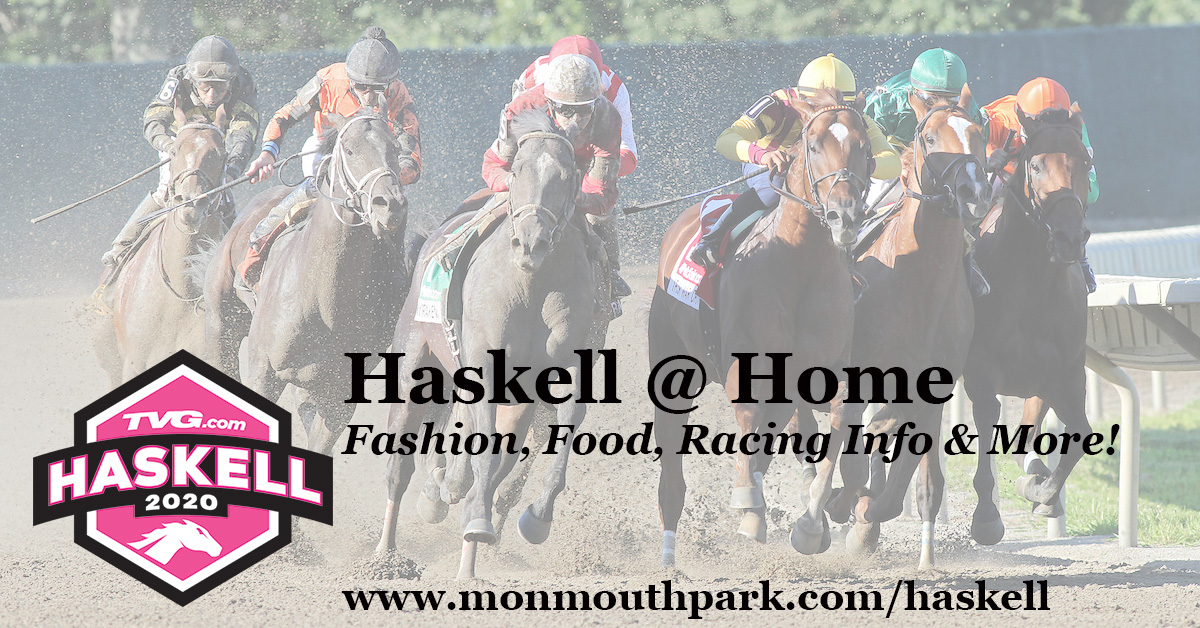 For the first time ever, Monmouth Park Racetrack will share the TVG.com Haskell Day experience with racing fans across the country through “Haskell @ Home” – an initiative aimed at spreading the Haskell celebration around the nation.

Information on the TVG.com Haskell field, fashion advice, do-it-yourself food and drink recipes, and much more can all be found at www.monmouthpark.com/haskell.

The Grade 1 race, the annual centerpiece of the Monmouth Park meet, is Saturday, July 18.

In addition to being one of summer’s biggest races for 3-year-olds, the TVG.com Haskell is annually one of the biggest events on the Jersey Shore, centered around world-class racing, fashion, and family fun. Haskell @ Home brings the thrill and excitement of Monmouth’s premier race to fans everywhere.

By using #HaskellatHome and #HaskellBestDressed on Facebook and Instagram, fans are encouraged to dress to impress and to show off their Haskell @ Home festivities for the chance to have their picture featured on Monmouth Park’s social media as well as the NBC Haskell broadcast that will run from 5 to 6 p.m.

Fans can also enjoy a Summer Wind – the official drink of the TVG.com Haskell – from the comfort of home, as well as Monmouth Park’s grilled Mexican street corn and grilled ribeye steak sandwich. Recipes are featured online.

Across the country, Saturday’s Haskell card, featuring five graded stakes, will be televised live on TVG before switching to NBC starting at 5 p.m.