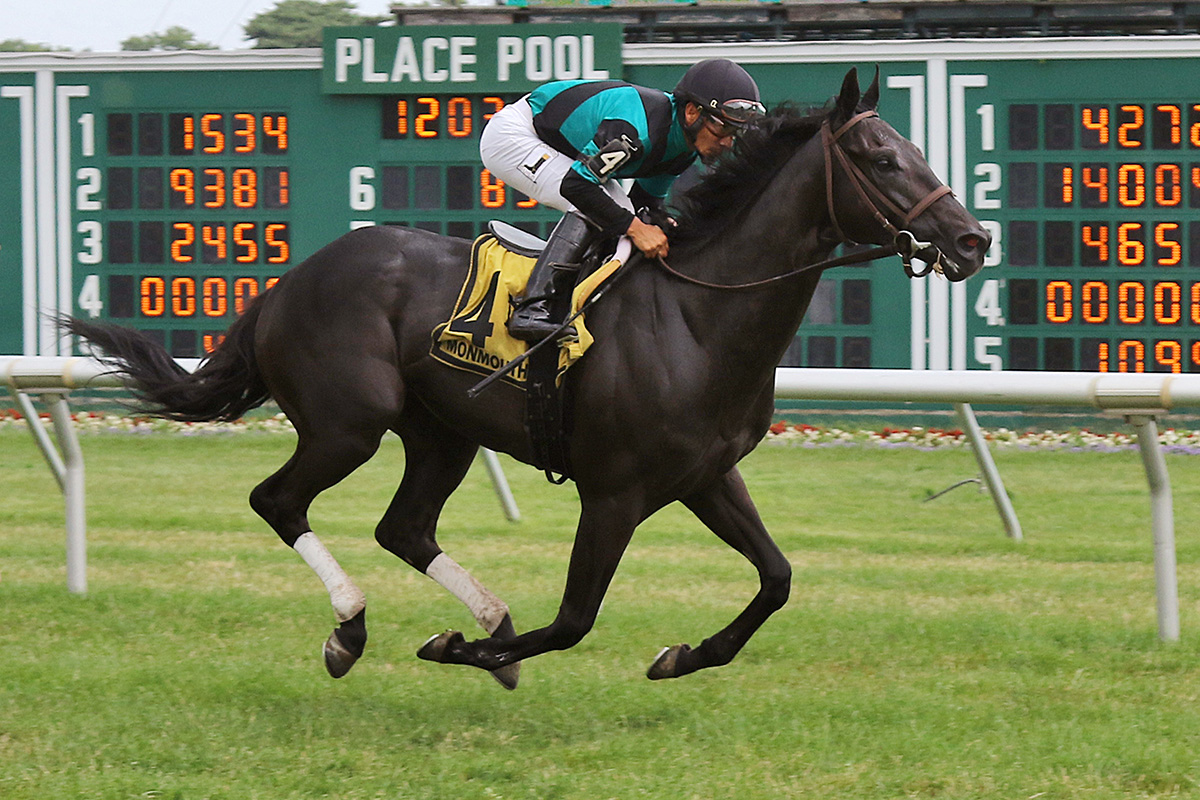 Monmouth Park cancelled racing after four races on Saturday due to prolonged heavy rain and lightning.

“The safety of the horses, our employees and our patrons is paramount,” said Monmouth Park general manager Bill Anderson. “Due to the heavy amount of rain we received, and with a forecast calling for continued rain, as well as lightning being within three miles of the racetrack, the prudent decision for everyone involved was to cancel.”

Earlier on the card, Golden Brown beat both the torrential rain and his rivals, extending his 4-year-old campaign to a perfect 3-for-3 in capturing the $75,000 Irish War Cry Handicap by a well-measured 1½ lengths.

Shortly after Golden Brown crossed the finish line well clear of runner-up Regally Irish as the 1-10 favorite in the one-mile grass race for Jersey-breds the skies opened. One more race was run before the decision to cancel was made.

Trained by Pat McBurney and ridden by Paco Lopez, Golden Brown covered the eight furlongs over what was then a turf course listed as “firm” in 1:36.11

It marked the second stakes victory in two weeks at Monmouth Park for the son of Offlee Wild-Suzee Sunrise by Chester House. He captured the Dan Horn Handicap on June 22.

The victory was the sixth in 15 career starts for Golden Brown, who has three wins and a second in six lifetime grass starts – including a victory in the Grade 3 Kent Stakes at Delaware Park on July 14, 2018.