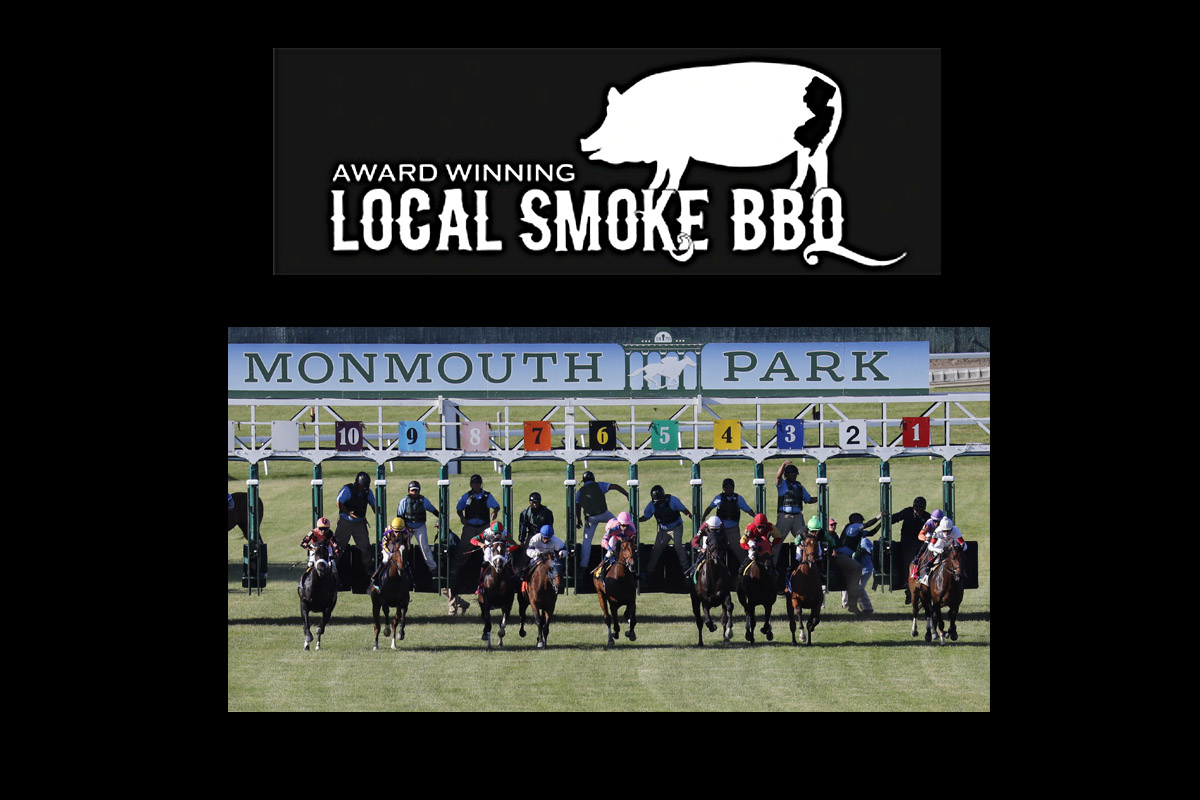 Local Smoke BBQ, renowned for its award-winning meats and sandwiches, will have a concession stand at Monmouth Park for the first time this year, starting with opening day for the track’s 77th season on May 7.

A fixture on the Jersey Shore, with retail establishments in Red Bank, Neptune City and Sea Girt, Local Smoke BBQ will offer a limited menu at its concession stand on the first floor of the grandstand trackside during live racing days. In addition, Local Smoke’s menu will be available as a group picnic option, whether the group is BYO or is catered by Monmouth Park. Groups can contact the Monmouth Park group sales office at 732-571-5544 to inquire about the Local Smoke BBQ packages for their picnic.

Local Smoke BBQ specials will be available in the dining areas as well.

Monmouth Park’s 62-day meet gets underway with a 2 p.m. first post as a prelude to the Kentucky Derby on Saturday, May 7.

“We’re excited to be able to offer our patrons another quality dining option,” said Dennis Drazin, Chairman and CEO of Darby Development, LLC, operators of Monmouth Park. “We’re making a concerted effort to enhance the fan experience and bringing in an established food retailor such as Local Smoke BBQ is something we believe our fans will enjoy.”

Following a 2 p.m. first post time for opening day, Monmouth Park will operate on a 12:15 schedule for its first post on weekends and holidays. When the live schedule expands in August, first race post time will be 2 p.m. on Fridays and Mondays.