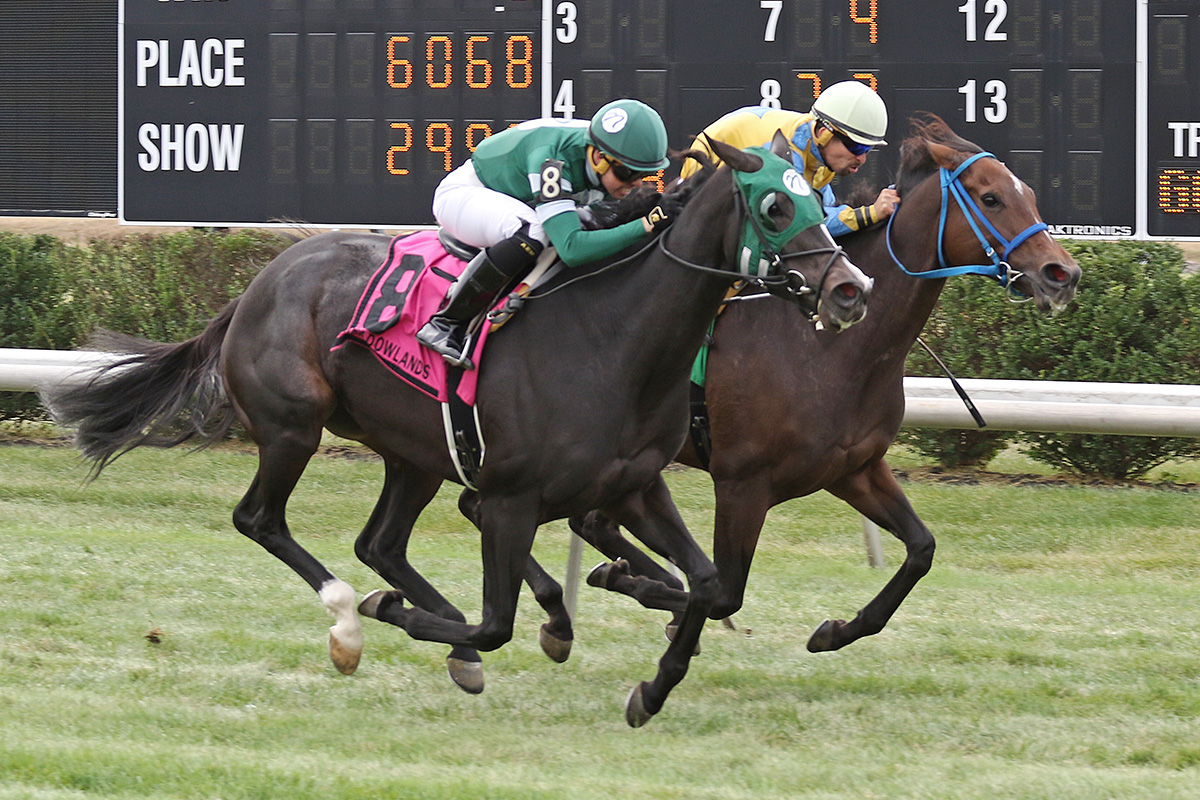 Monkey Mind broke on top, set leisurely fractions and then had enough left to hold on for a nose victory in the featured $37,500 optional allowance claimer during Friday’s all-turf Thoroughbred card at the Meadowlands Racetrack in East Rutherford.

Trained by Keith Nations and ridden by Raul Mena, Monkey Mind coasted to the half-mile in :50.41 and to the three-quarters in 1:14.58 before finishing in 1:44.89 for the mile and a sixteenth race over a course rated “good.” The 4-year-old filly held off the late bid of Bella Pierina, who was trying to sneak up the rail under Ruben Silvera.

It was another 2¾ lengths back to Tearless in third.

The victory improved Monkey Mind’s grass record to five wins, a second and three thirds from 11 career turf starts. It was her third victory in her past four starts for owners Vince Campanella and Nations Racing Stable.

All-turf racing resumes at the Meadowlands on Saturday with a six-race card that begins at 12:30 p.m. Racing shifts to Monmouth Park on Sunday for a nine-race program that starts at 1:15 p.m.