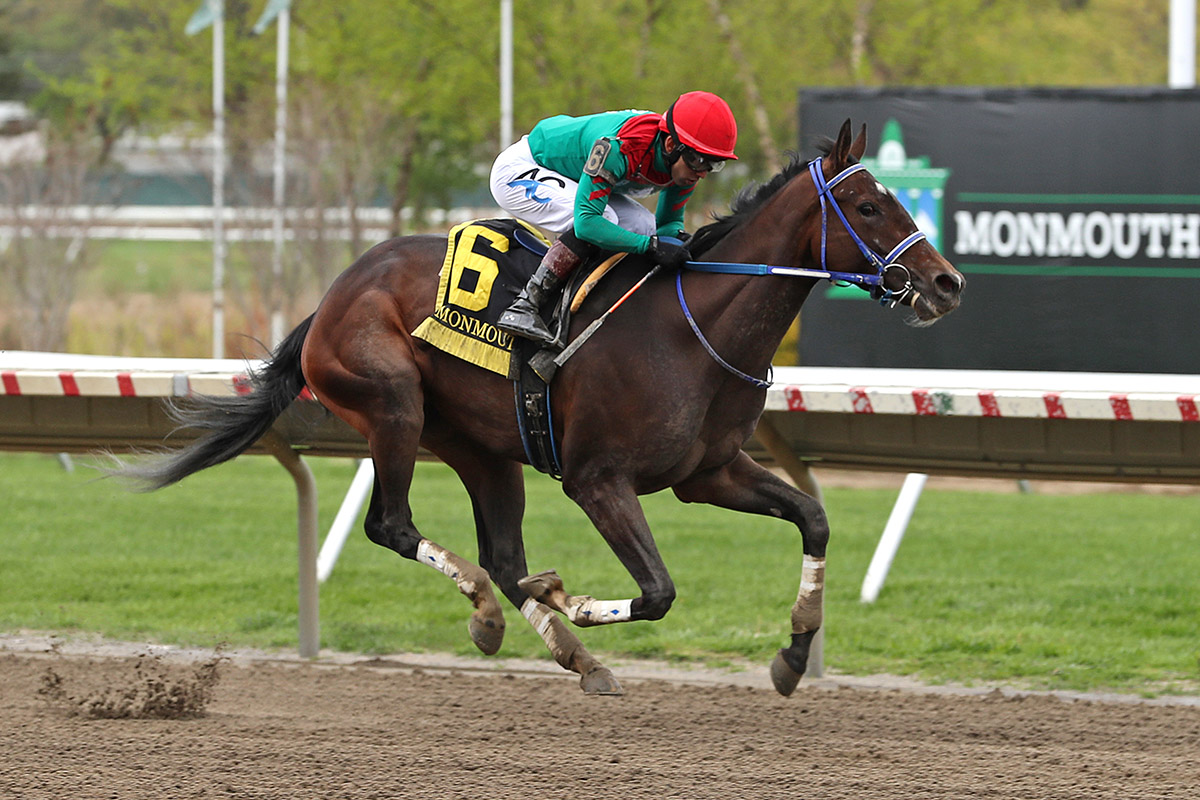 Trainer Claudio Gonzalez had his suspicions confirmed about Miss Leslie after her last start, a disappointing eighth-place in the one-mile Heavenly Cause Stakes at Laurel three weeks ago: One turn racing is not her game.

Back at two turns for Sunday’s $100,000 Serena’s Song Stakes in the re-scheduled opener at Monmouth Park, Miss Leslie rolled to a 4¼-length victory, her fifth win in seven career starts at the mile and seventy yards distance.

Monmouth Park’s original opening day, along with the debut of Fixed Odds, was moved to Sunday after inclement weather forced the cancellation of Saturday’s card.

Ridden by Angel Cruz, Miss Leslie notched her eighth victory from 19 career starts. The 4-year-old daughter of Paynter covered the distance in 1:41.14 and paid $8.40 to win in a field reduced to nine by the gate scratch of Wholebodemeister.

The launch of Fixed Odds, meanwhile, offered plenty of value for bettors shopping for the best odds. Fixed Odds wagering allows bettors to retain the odds at the time of their bet, as opposed to tote wagering, where odds are not finalized until betting is completed and the race begins. It is being offered exclusively in the United States for win, place and show wagering on site for Monmouth Park races.

The base wager at Monmouth Park on Fixed Odds is $1. Bettors willing to shop found value in the second race, where Kingdom Queen paid $18.20 to win in pari-mutuel odds. A comparable $2 Fixed Odds wager returned a closing price of $32.00. In the fifth race, Hushion paid $17.20 in pari-mutuel wagering with a $2 Fixed Odds bet closing at a $28.00.

Fixed Odds value was available on heavy favorites as well. Last Romance returned $3.80 to win on a $2 bet with parimutuel odds but closed at $6.40 on a comparable $2 Fixed Odds bet.

In the feature, Miss Leslie took advantage of a stalking trip just off the flanks of pacesetter Flight to Shanghai, surging to the front in mid-stretch. Moraz rallied for second, a half-length better than a tiring Flight to Shanghai.

“What we found out with her last race, and I don’t know if it’s in her head or not, but she does not like one turn,” said Gonzalez. “We kind of knew that but we found out for sure last race. But two turns, she is on her game. It’s a big difference. This was no easy field. But she’s a quality filly. She showed that again today.”