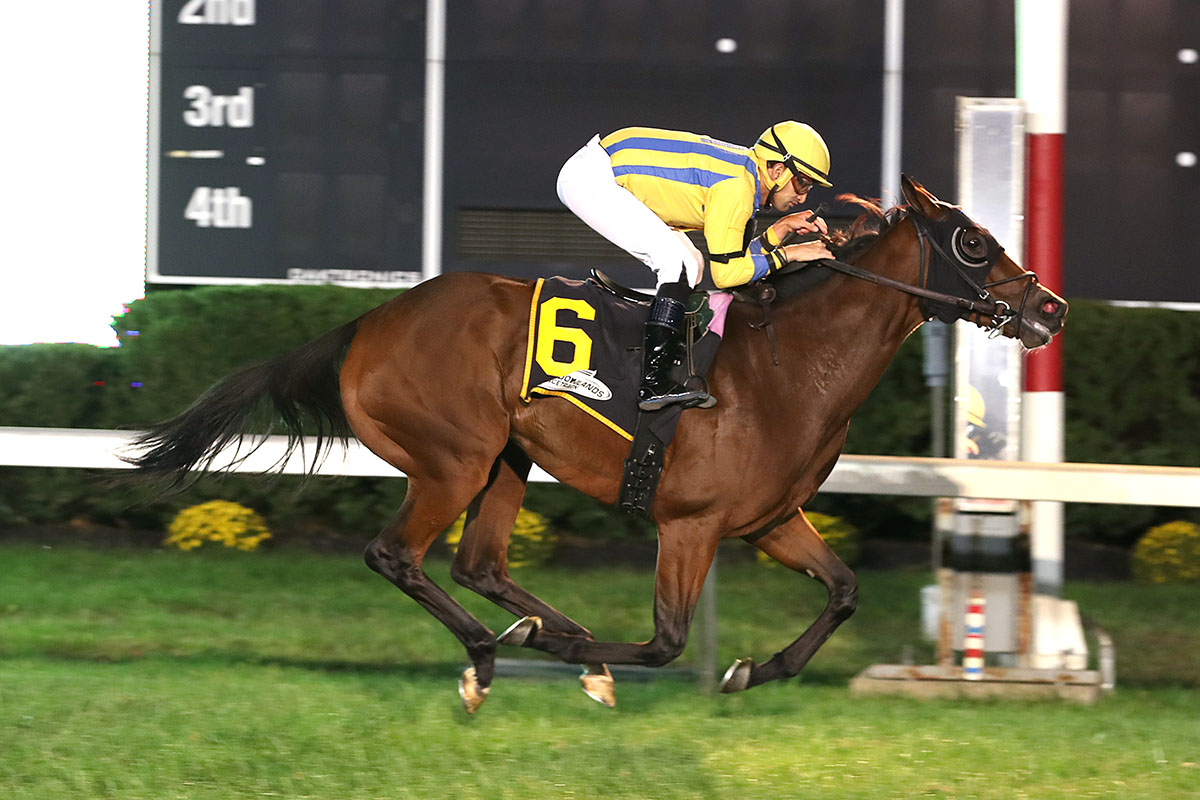 EATS RUTHERFORD, N.J. – One race after breaking her maiden at Saratoga in her 14th career start, Miss Bonnie T scored her second straight win, slipping off the rail coming out of the final turn and powering to a 2¼-length victory in Friday’s $45,000 featured allowance race during the Monmouth-at-Meadowlands meet.

Ridden by Hector Diaz, Jr., who recorded his fourth victory through the first three cards of the meet, Miss Bonnie T paid $12.40 to win.

Trained by Phil Antonacci, the 4-year-old Kentucky-bred daughter of Animal Kingdom posted a winning time of 1:38.05 for the mile over a turf course listed as good.

Texas Magic rallied for second, a 1¼ lengths ahead of Tuscan Queen in the field of 11 fillies and mares 3 and up.

Miss Bonnie T, owned by Sandy Goldfarb, Alan Kahn, Christopher Carney and Irwin Goldfarb, now has a record of 2-5-2 from 15 career starts, all on the grass. She sat a rail trip in fourth through early fractions of :23.71, :48.53 and 1:13.02 before Diaz nudged her outside coming out of the final turn for clear running.

Due to the forecast of heavy rain, track officials have already announced that Saturday’s scheduled live card for the Monmouth-at-Meadowlands meet has been cancelled.

The five remaining all-turf cards will take place Fridays and Saturdays through Oct. 22 with the exception of Saturday, Oct. 15, when Far Hills will feature its 101st steeplechase meet.