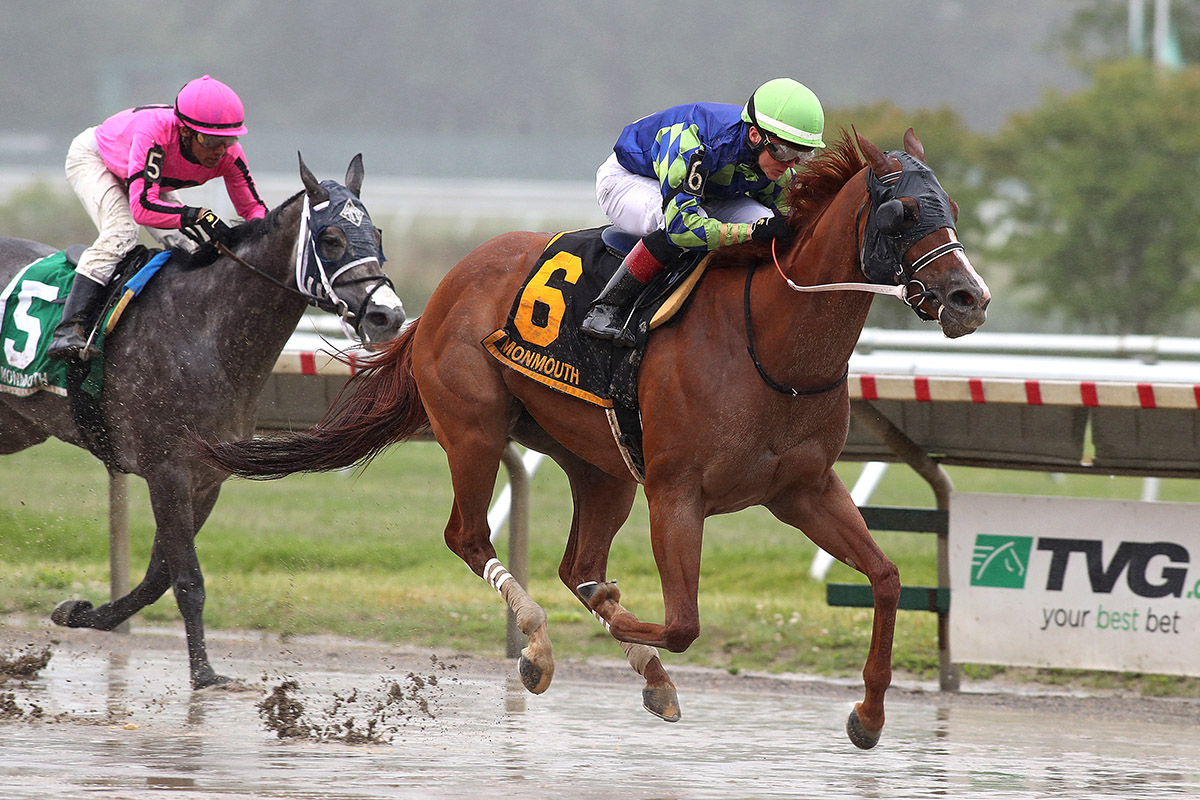 When trainer Eddie Plesa sent Miss Auramet to Kathleen O’Connell’s barn with an eye toward Monmouth Park’s stakes schedule he did so with simple instructions.

“Don’t mess it up,” said O’Connell, laughing as she recalled the conversation with her good friend.

Plesa, based at Gulfstream Park, needn’t have been concerned.

Miss Auramet, handled perfectly by jockey Dylan Davis, found a seam along the rail coming out of the final turn after a stalking early trip and cruised to a two-length victory in the $75,000 Politely Stakes that served as the feature on Monmouth Park’s Sunday card.

“This was her first start for me,” said O’Connell. “(Plesa) saw an opportunity for her at Monmouth and wanted her here. She has trained really good. I’m not surprised she ran this well.

“The wonderful thing about her is she’s an all-terrain model. She just oozes with class. Just an ultra-consistent mare.”

In posting her ninth victory in 22 career starts (with six seconds and three thirds), Miss Auramet easily handled a solid field of fillies and mares 3 and up, covering the five furlongs over a sloppy track in :57.60.

Bronx Beauty rallied for second, six lengths ahead of longshot No Mercy Percy.

The Politely, contested for the 27th time, was originally scheduled for the turf.

“She can handle any surface,” O’Connell said.

Davis, sitting behind early speedsters Tracy Ann’s Legacy, Beaux Arts and Honey I’m Good, kept Miss Auramet close behind that trio through an opening quarter of :22.01. Davis began nudging the 5-year-old daughter of Uncaptured-Hello Rosie by Yes It’s True midway through the turn before finding a hole along the rail – beating Bronx Beauty and Isaac Castillo to the spot.

“Our plans coming out of there were to break sharp, not necessarily on the lead but breaking well within the pack,” said Davis, who recorded his first winner since being sidelined with a broken clavicle on March 20 on Monmouth Park’s Saturday card. “I was very happy where I was at in a nice stalking position in the first flight. I saw an opportunity up the rail and she was doing great. She was on the bridle. I just took the opening and she pushed through there. It was exciting.

“Once she pushed through she opened up another stride. This was my first time on her. I love the way she ran. She listened to me the whole time. She came to run today.”

Sent off at 7-2 in the field of seven that was reduced by one when My Lovely Girl was a gate scratch, Miss Auramet returned $9.40 to win. The Florida-bred mare is coming off a 2020 campaign that saw her win six of nine starts with a second and a third. She sports a 2-2-1 line from six starts this year.