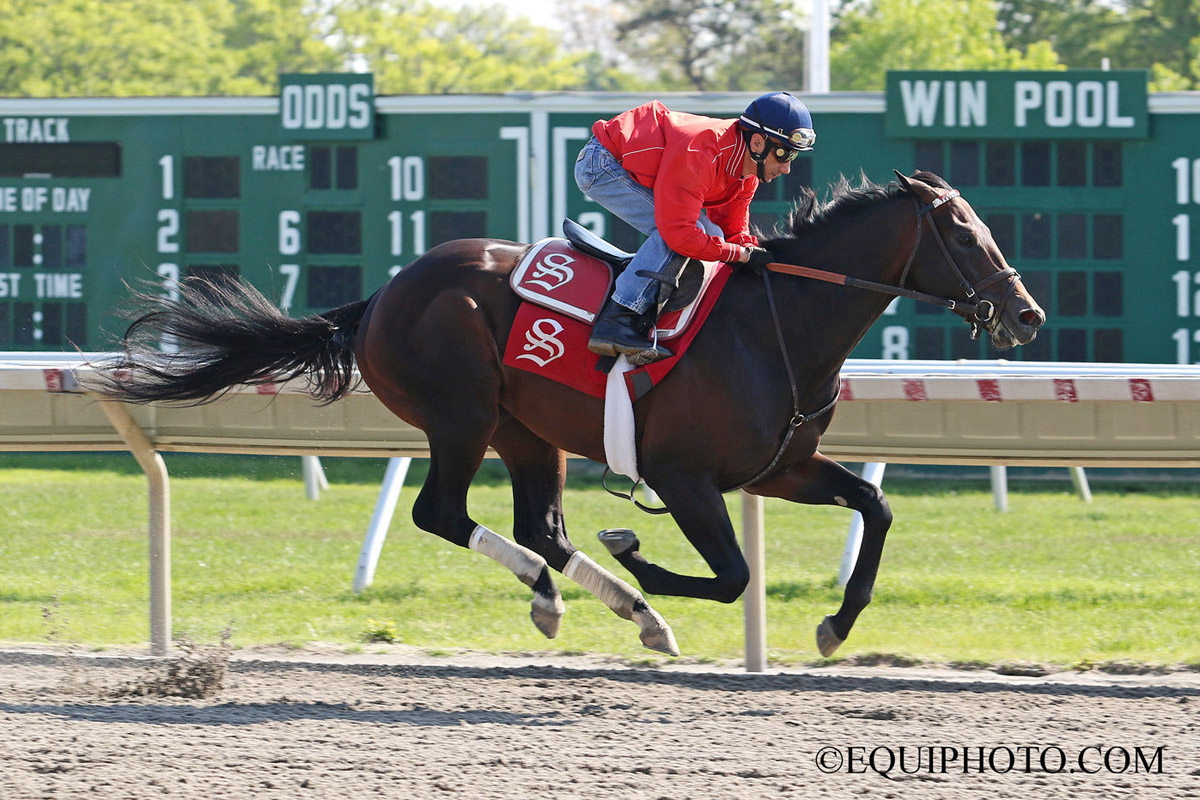 Multiple graded stakes winner Mind Control, prepping for the Grade 1 Woody Stephens on the Belmont Stakes undercard with an eye toward the July 20 TVG.com Haskell Invitational at Monmouth Park, worked four furlongs on Thursday in 48.2. He pulled up in one minute-flat for the mile.

“A really good work,” said trainer Gregg Sacco. “(Jockey) Chris DeCarlo sat like a statue. We’re right where we want to be with him.

“We’ll start tightening the screws a little bit now, with the next couple of works in company, and then we’ll be ready for the Woody Stephens.”

Sacco said that Mind Control, who broke his maiden at Monmouth Park on Aug. 12 last year before going on to win the Grade 1 Hopeful at Saratoga, has the Haskell “on his summer radar.”

“He keeps thriving. He keeps getting better and better, which is a cool thing,” said Sacco. “Most horses don’t do that. His numbers have gotten better and he has put on weight. I think he is happy to be home at Monmouth Park. He has always loved this track.”

Meanwhile, Maximum Security, disqualified from first place in the Kentucky Derby, was sent out at 6:45 a.m. to gallop Thursday in his return to the track following a week’s absence.

Trainer Jason Servis has not announced the next start for the Florida Derby winner, but the Grade 1 Haskell Invitational remains at the top of his summer plans.