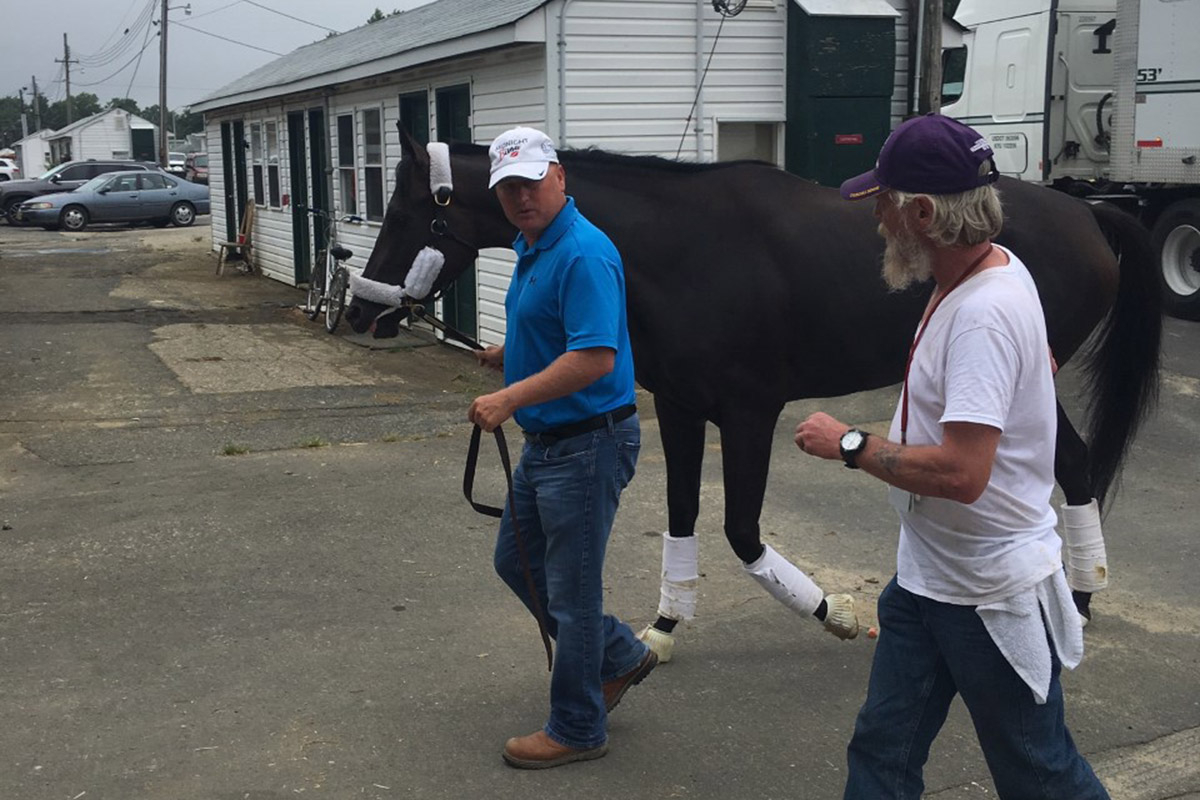 There was more star power on the Monmouth Park backside Thursday once the van carrying Midnight Bisou arrived from Saratoga. The multiple Grade 1 winner, arguably the top older filly or mare in North America, puts her streak of four straight graded stakes victories on the line in the Grade 3, $150,000 Molly Pitcher Stakes on Saturday’s TVG.com Haskell Invitational undercard.

“She’s amazing in the way she’s developed from a 3-year-old to a 4-year-old. She’s physically even much stronger and a lot more mature,” said Scott Blasi, the assistant to Hall of Fame trainer Steve Asmussen. “Steve picked this spot for her because he thought it would be a good set up for her next target, the (Grade 1) Personal Ensign at Saratoga (on Travers Stakes day at the end of August).”

Midnight Bisou is yet another exceptional filly to be handled by Asmussen and Blasi. Rachel Alexandra, the eventual Horse of the Year and future Hall of Famer, beat the boys in the 2009 Haskell by six lengths.

Untapable, the unanimously-voted 3-Year-old Filly champion and Breeders’ Cup Distaff winner in 2014, finished 5th versus males in that year’s Haskell.

“They are all amazing, just amazing, fillies. We are very fortunate to have them and are truly blessed to have three like these come into the barn,” said Blasi.

Midnight Bisou, accompanied by her own pony, Red, was settled in her stall two days before the race instead of traveling here on Saturday morning because Asmussen wanted to avert any problems due to coming heat wave.

Blasi, who saddles her Saturday, said he’ll have her out on the track for a likely jog or possibly gallop Friday morning and she will paddock school the same day. Incidentally, when Rachel Alexandra romped in her Haskell, the weather was as hot and humid as what is forecast for Saturday.

Hall of Fame rider Mike Smith, who has been aboard Midnight Bisou for each of her five graded stakes wins, will be her date again Saturday.