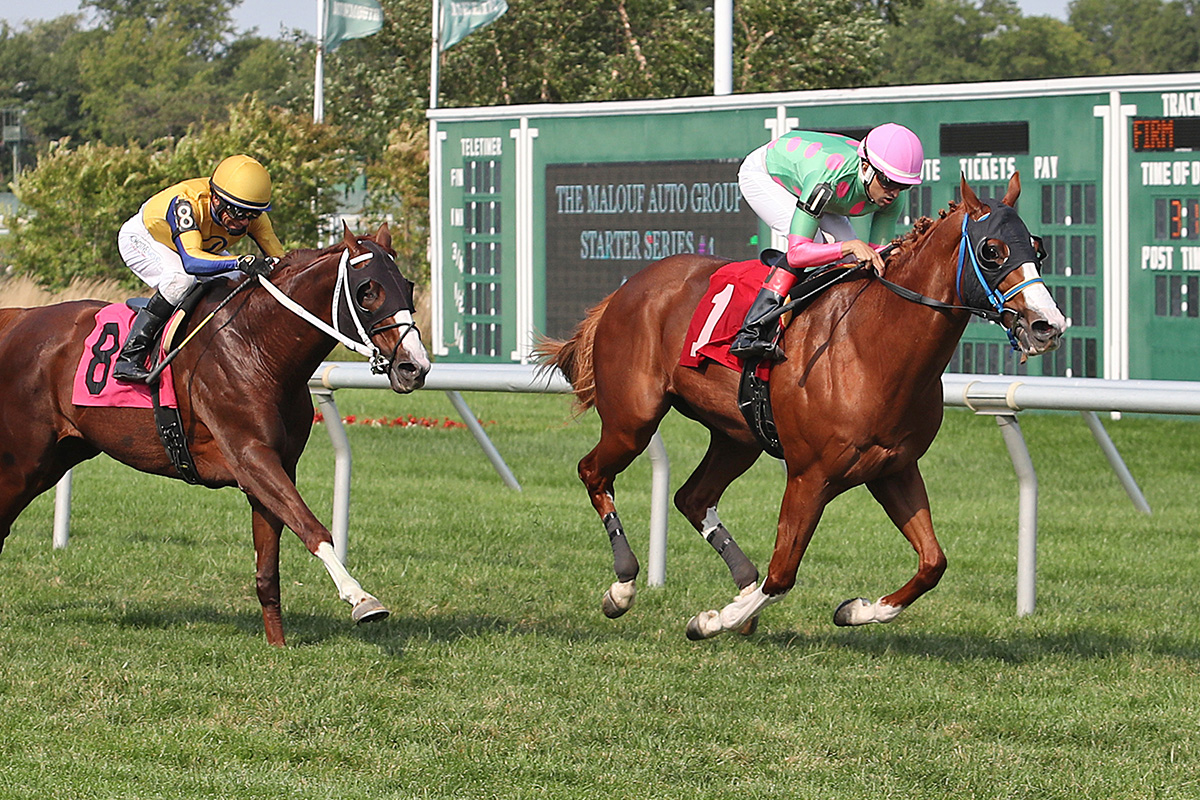 Mid Day Image, a grass sprinter a year ago, showed once again that distance is of no consequence if he can make the lead without much pressure, cruising to a three-quarters of a length victory at a mile and three-eighths on the grass in Sunday’s featured $50,000 starter handicap at Monmouth Park.

A week after going gate to wire at a mile and an eighth on the turf to win by three lengths, the 5-year-old son of Midshipman carried his speed beyond that, again doing so in front-running fashion.

“It’s impressive,” said winning trainer Luis Carvajal. “This horse has gone from 5½ furlongs on the grass last year to a mile and three-eighths now. He was running for a $12,500 tag, but once he took to the grass he was a different horse.”

With two wins and a second in the four-leg Malouf Starter Series, Mid Day Image also earned Carvajal a $12,500 bonus that was offered to the top conditioner in the series. He returned $5.20 to win as the 8-5 favorite in the field of eight.

Ridden by Hector Diaz, Jr., Mid Day Image was put on the lead from the outset and settled into a comfortable rhythm despite being hounded by Outrageous Bet and Paco Lopez for more than a mile. Cash Call Kitten eventually rallied for second, 2¼ lengths ahead of Outrageous Bet.

“This was the plan going in,” said Diaz. “I knew I was the main speed of the race. But I’ve got to give credit to Luis and his team. They have done an unbelievable job with this horse.

“I actually thought I would get the lead easier but Paco kept pressure on us. But speed horses, when they get the lead early, it doesn’t matter how long the race is if they’re relaxed and comfortable. So I wasn’t worried about the distance.”

The victory was the eighth in 20 career starts and sixth in 11 grass tries for Mid Day Image, who is owned by Patricia Generazio.

For Carvajal, who started training in 2006, the victory extends a career-best year with his 30th win from 182 starters overall. He has 17 winners from 99 starters at Monmouth Park after winning nine times from 61 starters at last year’s meet.