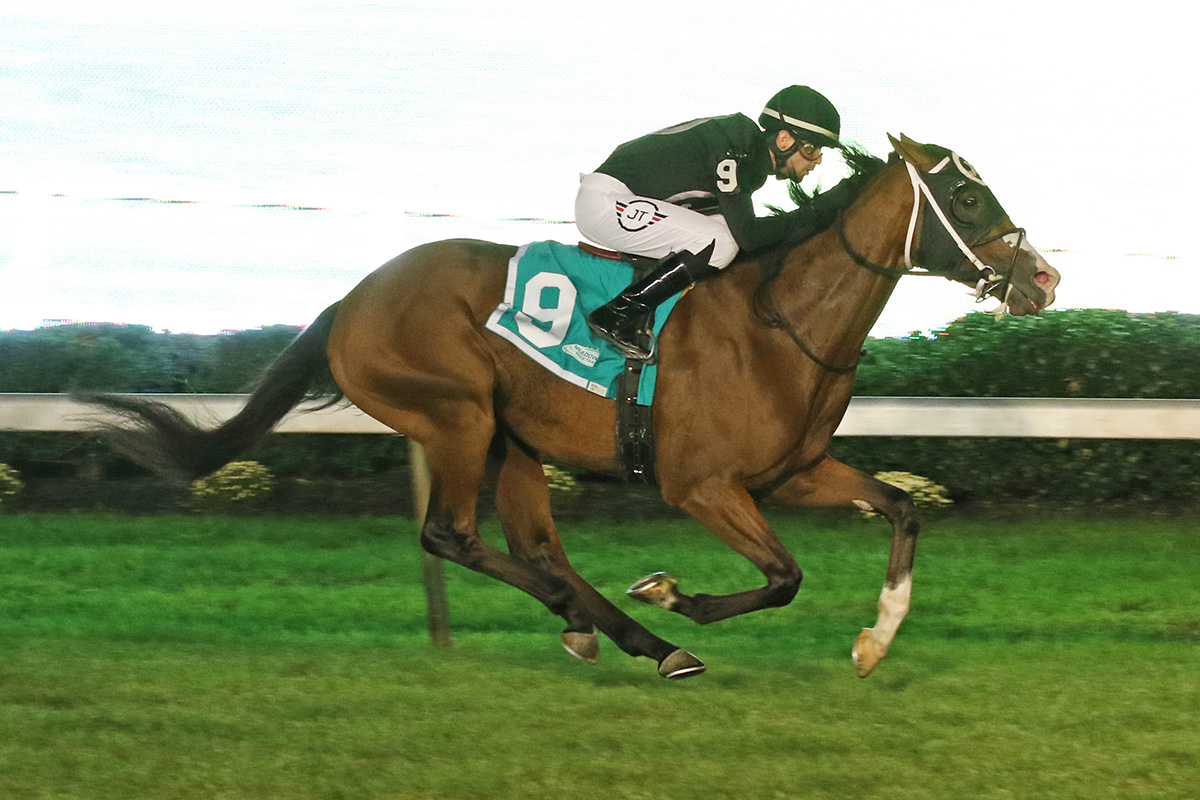 EAST RUTHERFORD, N.J. – Merci paid quick dividends for his new connections, taking command coming out of the final turn on the way to a one-length victory in Saturday’s $45,000 featured allowance during the second night of the Monmouth-at-Meadowlands meet.

Trained by Jose Camejo and ridden by Jomar Torres, Merci was claimed for $35,000 two starts ago out of an Aug. 7 race at Saratoga by Todd White.

The 3-year-old son of Noble Mission-Almina by Macho Uno recorded his second win from six career starts, all on the turf.

The winning time for the one-mile grass test over a course labelled “good” was 1:37.53.

Merci sat a stalking fourth through early fractions of :24.73 and :49.05 before Torres sent the colt after leader Airspeed Velocity. Merci grabbed control coming out of the final turn and then had enough to hold off a late run from Raising Moon. It was a neck back to Kitten Mischief in third.

The remaining seven cards of the nine-day Monmouth-at-Meadowlands meet will take place Fridays and Saturdays through Oct. 22 with the exception of Saturday, Oct. 15, when Far Hills will feature its 101st steeplechase meet.

Post time for the Monmouth-at-Meadowlands cards is 7 p.m. Six races will be conducted nightly.