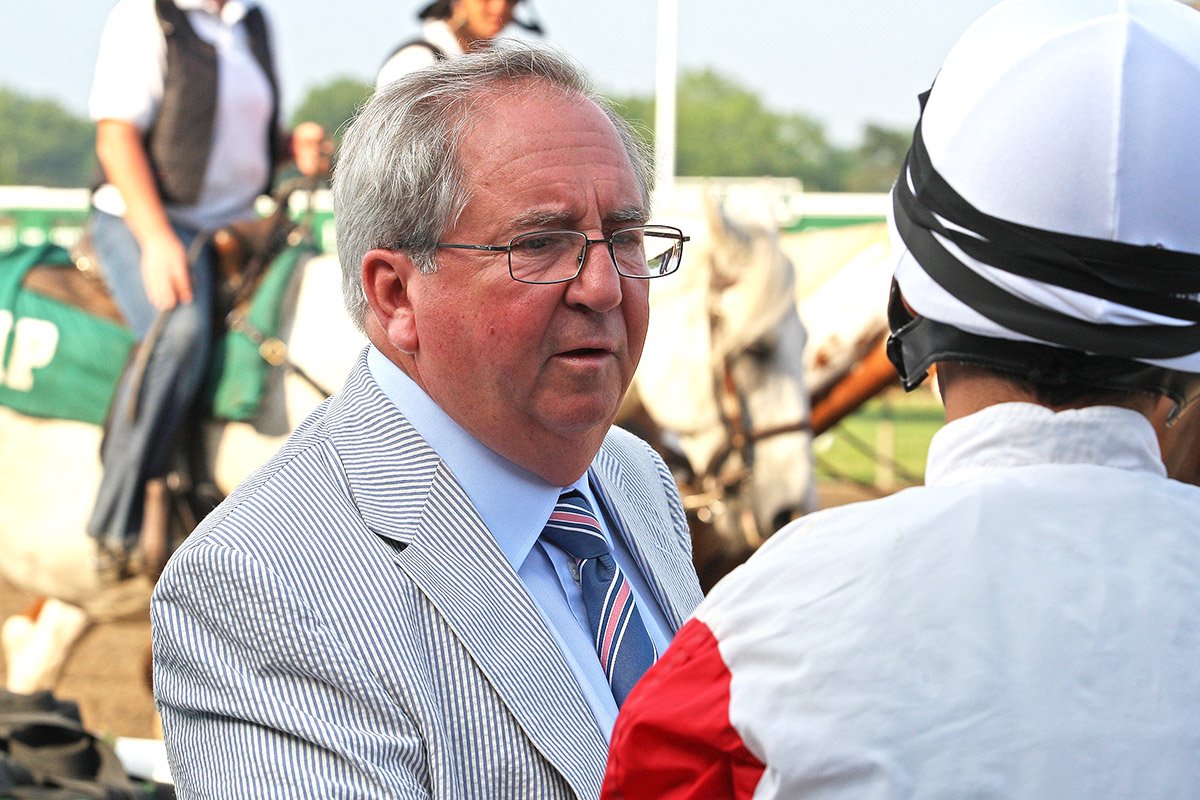 Even after 11 career starts, six of them wins or runner-up finishes, Shug McGaughey believes the best is yet to come for the 4-year-old filly Vigilantes Way.

Her last race underscored that belief for the Hall of Fame trainer.

The regally-bred Vigilantes Way was able to close into slow early fractions before just missing by a half-length in the Grade 3 Gallorette at a mile and a sixteenth on the grass on Pimilco’s May 15 Preakness card. The horse that held on to beat her? Mean Mary, a five-time graded stakes winner and millionaire who is 7-for-11 lifetime, including a win in the Grade 2 New York Stakes in her next start.

Now Vigilantes Way, a daughter of Medaglia d’Oro-Salute by Unbridled, will look to build off that effort in Sunday’s Grade 3 Eatontown Stakes at Monmouth Park. The $150,000 feature, which drew a full field of 12 (plus four alternates), is also scheduled for a mile and a sixteenth on the turf.

“We didn’t get the position out of the gate that we wanted to in (her last race),” said McGaughey. “She had a little trouble early and we were further back than we wanted to be. But I was pleased with the way she closed. She got beat a half-length by a very good filly.

“That gives us some more hope that the future is bright for her.”

After a solid 3-year-old campaign in which the Phipps Stable homebred won 4-of-7 starts, Vigilantes Way is 0-for-3 this year. But two of her losses have come in Grade 3 events.

“I think she has come back this year even better than I expected her to,” said McGaughey. “She has been a bit of a surprise. She was small as a yearling and she would not have been one that you picked out in the field for her pedigree. But everything she has done so far has been right.

“I think she still has a pretty good future in front of her.”

McGaughey said that adding a graded stakes win to her credentials would be significant for Vigilantes Way but that it’s not something he is obsessed with.

“With her pedigree it is something we’re looking to get,” he said. “Basically, I’m just looking to win a race with her, whether it’s graded or not. I thought this race was a good spot on the calendar. It gave her plenty of time from Pimlico to here. We’ll see what happens.”

Paco Lopez has the mount.