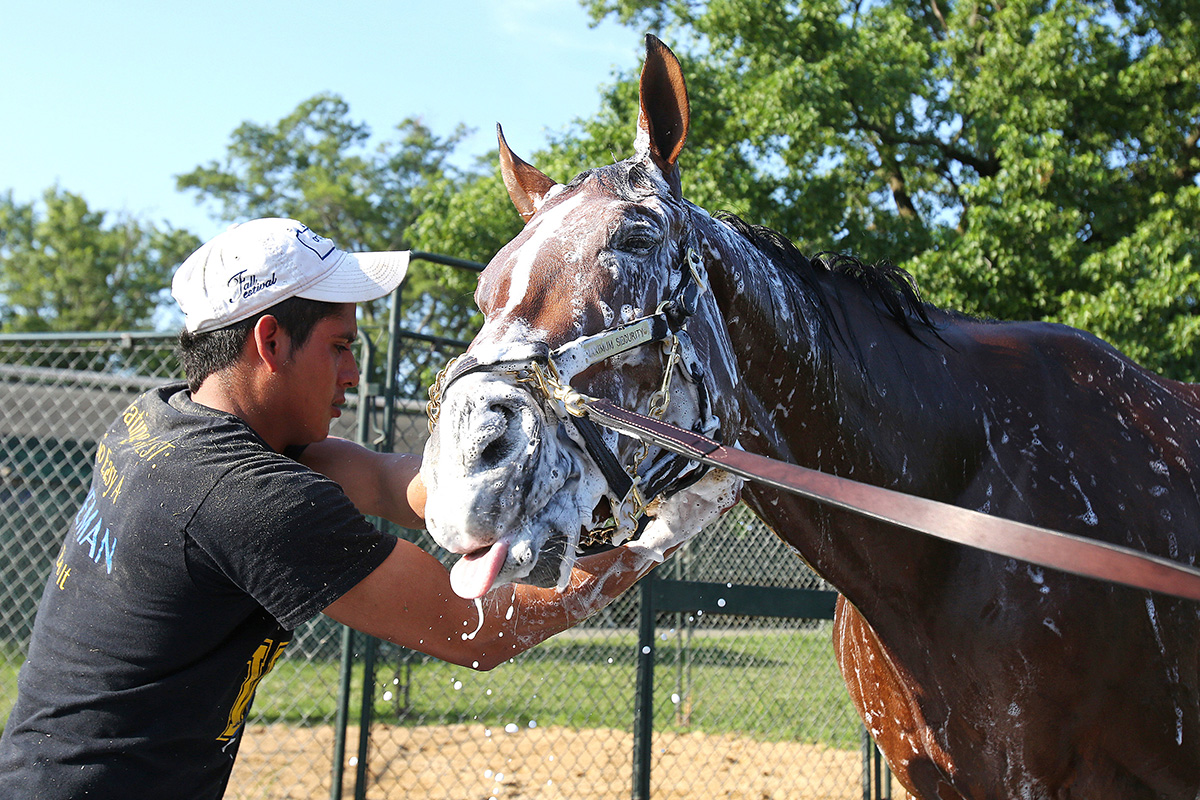 Maximum Security will put in “a one-mile open gallop,” on Monday as his final prep for next Saturday’s $1 million TVG.com Haskell Invitational at Monmouth Park, trainer Jason Servis said today.

The disqualified Kentucky Derby winner schooled in the starting gate at Monmouth Park on Sunday morning, with Servis saying he was pleased the way his star 3-year-old colt handled things.

“He was good in the gate,” Servis said.

The Florida Derby winner will be looking to make amends for a stunning one-length loss as the 1-20 favorite to fellow Haskell contender King for a Day in the TVG.com Pegasus Stakes on June 16.

The field for the Grade 1 Haskell Invitational currently stands at seven after trainer Miguel Vera withdrew Chilly in Charge from the race today, saying the four-week gap was “too close between races for him, especially against this caliber of horses.”

Preakness runnerup Everfast, meanwhile, will be ridden by Julien Leparoux.

The field for the Haskell currently features Maximum Security, King for a Day, Joevia, Mucho Gusto, Everfast, Bethlehem Road and Spun to Run.