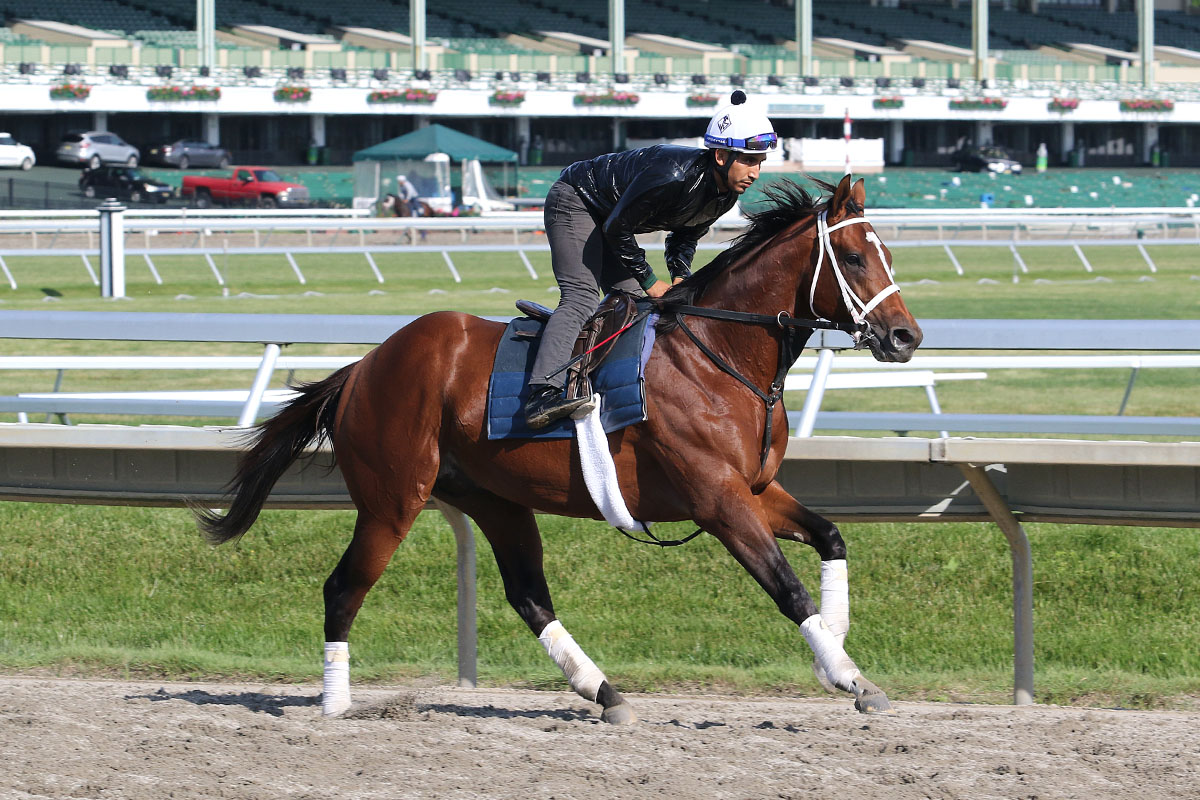 Maximum Security had “another good day” on Friday, according to trainer Jason Servis, as the Grade 1-winning colt moves closer to a return to racing in Sunday’s TVG.com Pegasus Stakes at Monmouth Park – the horse’s first start since he crossed the finish line first in the Kentucky Derby on May 4.

The $150,000 Pegasus Stakes, for 3-year-olds at a mile and a sixteenth, is the last local prep race for the $1 million TVG.com Haskell Invitational on July 20.

“Another good day. We’ve still got to get through tomorrow but I think we should be fine,” Servis said.

Maximum Security, owned by Gary and Mary West, has finished first in all five of his career starts, including the Grade 1 Florida Derby. He became the first Kentucky Derby winner to be disqualified following his 1¾-length victory over Country House, with the Churchill Downs stewards placing him 17th for interference.

Servis said he was “a little nervous” as the Kentucky-bred son of New Year’s Day-Lil Indy by Anasheed prepares to get back into the starting gate.

He will be opposed by five other 3-year-olds in the Pegasus: Last Judgment and King for a Day from the Todd Pletcher barn; Servis’ Direct Order; the Jorge Navarro-trained Identifier and Caladan, from trainer Anthony Pecoraro’s bran.

Post time for the Pegasus Stakes is listed at 5:00 p.m.

“I might be more nervous for this than I was for the Kentucky Derby,” said Servis. “It’s a short field, we’re the heavy favorite and it’s horse racing. Anything can happen.”

Servis announced his plans to run Maximum Security in the Pegasus Stakes on Thursday, after blood work drawn on Monday showed no issues.

Maximum Security has been stabled in Servis’ barn at Monmouth Park since May 7.