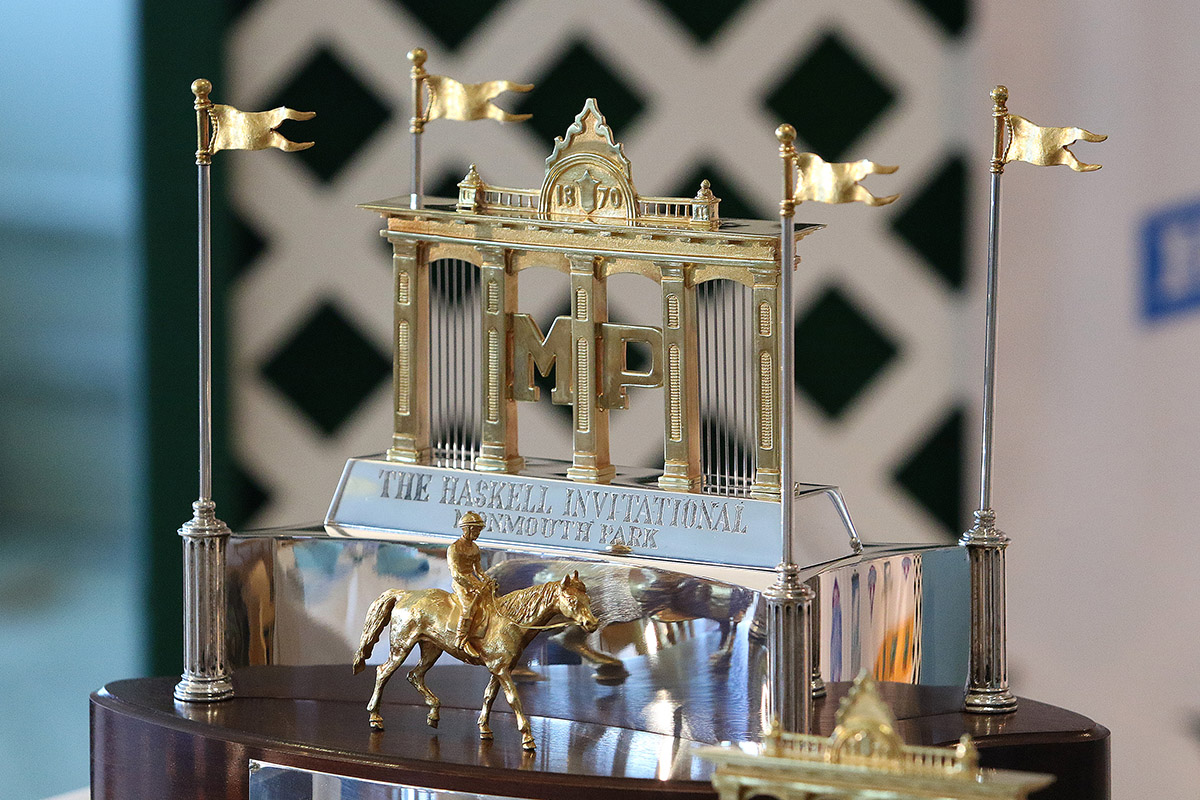 Despite the imposing presence of Maximum Security, who crossed the wire first in the Kentucky Derby before being disqualified for interference and also has a home-field advantage at Monmouth Park, a field of seven talented 3-year-olds was drawn Wednesday for the 52nd renewal of the Grade 1, $1 million TVG.com Haskell Invitational on Saturday.

The 1 1/8- mile Haskell, where champions prove their greatness, also offers the opportunity to qualify for an all-expenses-paid spot in the starting gate for the $6 million Breeders’ Cup Classic as part of the “Win and You’re In” Breeders’ Cup Challenge series.

The Haskell is the highlight of Monmouth Park’s 64-stakes race schedule and it marks the beginning of the all-important second half of the racing season to determine the divisional champion and potentially the eventual Horse of the Year.

“This race is really important in the campaign for the 3-year-old champion. The Haskell could be critical,” said trainer Jason Servis, who stables Maximum Security for Gary and Mary West in his Monmouth Park division.

Maximum Security, who won the Grade 1 Florida Derby earlier in the season, will break from post 7 and was installed as the 8-5 morning-line favorite by oddsmaker Brad Thomas despite losing by a length here to King for A Day while prepping for the Haskell last out in the Pegasus Stakes June 16. Red Oak Stable’s homebred King for a Day has been training for this race at Todd Pletcher’s Saratoga Race Course headquarters and he returns to the Jersey Shore in an attempt to win his second consecutive stakes race, his first graded stakes and his first Grade 1 event.

“This is a big step up from the Pegasus but he’s an enthusiastically training colt, he’s had three solid works and I couldn’t be more delighted with the way he’s coming into the race,” said Pletcher, who will give a leg up to Hall of Fame rider John Velazquez before they depart from the rail as the 5-2 third choice.

Bob Baffert holds the Haskell training record with eight wins and has sent three-time Grade 3 winner Mucho Gusto from his formidable Southern California-based operation. The highly-regarded 2-1 second betting choice will break from post 5 under Joe Talamo, who has been aboard for all of the colt’s seven career outings. Talamo, perennially a top 10 rider on the Southern California circuit, has only ridden at Monmouth Park four times in the past, with all four mounts coming when the 2007 Breeders’ Cup was held here and is looking for his first trip to the winner’s circle.

“It’s a great draw for Mucho Gusto,” said the Hall of Fame trainer, who saddled Triple Crown winner American Pharoah when he won the 2015 Haskell. “Maximum Security is definitely the best horse in the race but I like where we drew. From there Joe can play the break and keep him in the clear. My horse has speed.”

Michael Lund Petersen’s Mucho Gusto comes in boasting consecutive Grade 3 scores in the Laz Barrera Stakes and the Affirmed Stakes, which were both run at Santa Anita. He arrived on the grounds here Tuesday evening after jetting cross country and went out to get a feel for the Monmouth racing strip for an easy 6 a.m. gallop once around the oval Wednesday.

“He shipped really well and he couldn’t be doing any better. After he won last out (in the Affirmed) I thought he was ready for this. He deserves his chance to take on Grade 1 company,” said Baffert.

Michael and Jeff Fazio’s Joevia, third last time out in the Grade 1 Belmont Stakes at 1½ miles under Jose Lezcano, is the other locally-based colt in the field. Joevia won the Long Branch Stakes here May 12 and trainer Gregg Sacco has engaged Lezcano for another try at winning a Grade 1 race. They depart from post 2 as one of the longshots at 10-1.

“My horse will run all day,” said Sacco, who grew up in his the shedrow of his father and former Monmouth Park leading trainer William Sacco, took over the barn in 1988 and is saddling his first Haskell starter. “We’re really excited to be in the Haskell. With Maximum Security, King for a Day, Mucho Gusto, Everfast, and the horses from Parx who are improving, this should be a great race.”

Everfast and Parx invaders Bethlehem Road and Spun to Run round out the field. Dee Curry, who will become just the fourth woman to train a Haskell starter, has Parx Spring Derby winner Bethlehem Road departing from Post 4 and the Carlos Guerrero-trained Spun to Run is just to his inside in post 3.

Calumet Farm’s Everfast, the Grade 1 Preakness runner-up trained by Dale Roman and 10-1 in the line, will be partnered with Julien Leparoux and drew post 6.

“We have nothing to lose and everything to gain. We feel no pressure,” said Curry.

“Paco Lopez came in to work my horse and said he can really run,” said Guerrero, who partners Lopez with Spun to Run for the first time.

The $75,000 Wolf Hill Stakes is for horses three and up and will be run at 5½ furlongs on the grass course.