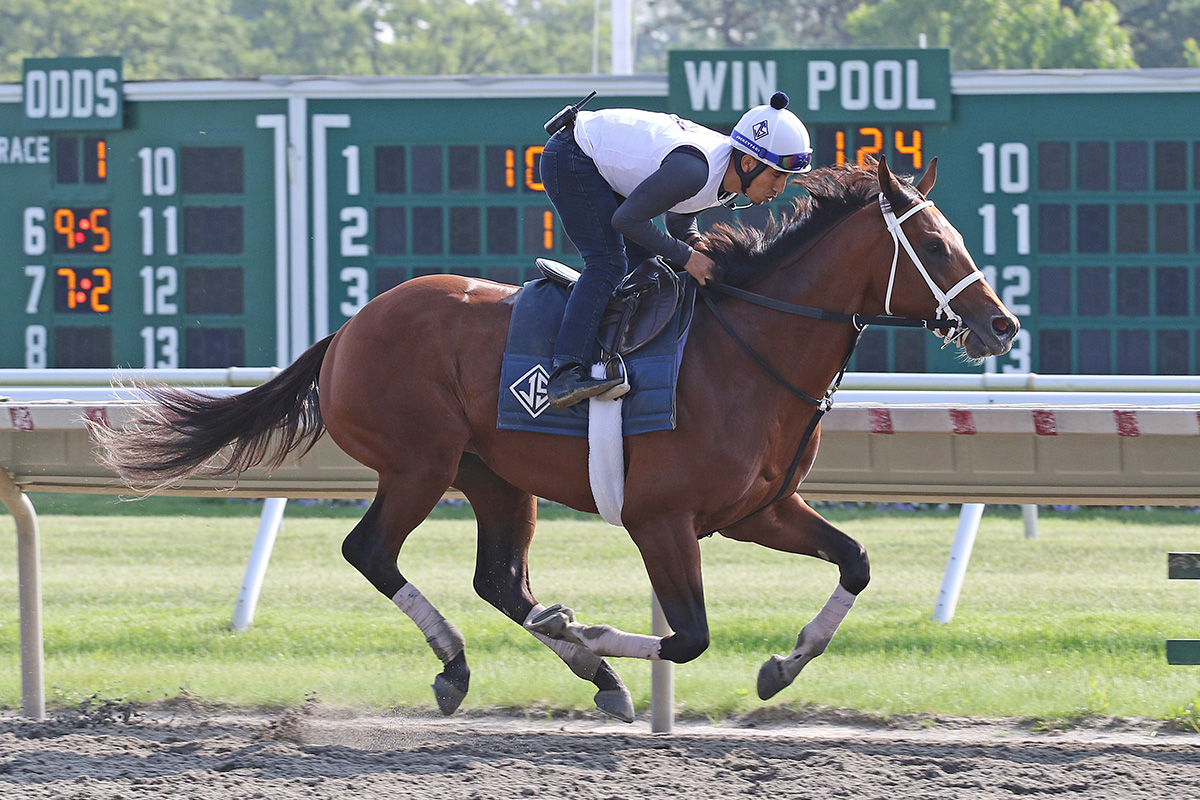 Trainer Jason Servis said he will make a decision on Maximum Security’s next start following one more work – which will likely take place sometime between Sunday, June 9, and Tuesday, June 11 – after the Florida Derby winner breezed at Monmouth Park on Sunday morning.

Maximum Security, disqualified from first after winning the Kentucky Derby, has the June 16 TVG.com Pegasus Stakes and the Grade 1 Haskell Invitational on July 20 on his radar. Both races are at Monmouth Park.

“I haven’t made a decision yet (on the horse’s next start). We’ll take it race by race, whether it’s the Pegasus or the Haskell. I probably won’t make a decision until his next breeze. We’ll probably send him out again in seven, eight or nine days.”

“I have the luxury of any of those days and I’ll make a decision after he breezes.”