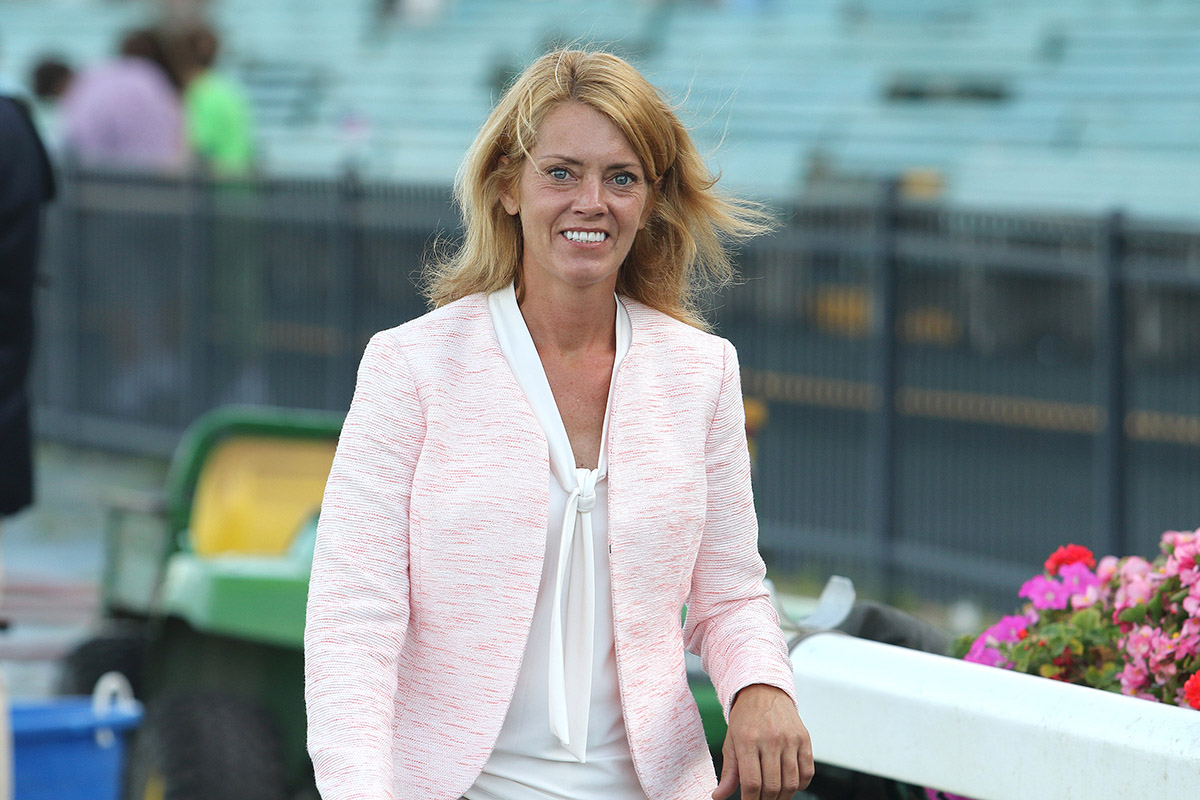 A year after the Maryland-based trainer shipped in with Divisidero to win the Grade 3 Red Bank Stakes, Rubley will look for history to repeat when she sends out Laurel track record holder Top Line Growth in Sunday’s $150,000 Grade 3 Salvator Mile, the feature on Monmouth Park’s 14-race card that day.

“Certainly that’s the hope,” she said.

After making his 4-year-old debut in impressive fashion with a 5½-length romp at Laurel on Aug. 14 – a race in which he threatened his own track record for a mile – Top Line Growth will face seven challengers in the Salvator Mile his quest for his first graded stakes score.

“It was very impressive,” Rubley said of Top Line Growth’s comeback race. “He toyed with the track record he currently holds. He’s a very fast horse.

“We have always felt he was a nice horse. We felt he deserved to try this race. His last race he had the conditions so we figured why not try it. It was a great start back. You hope you’re not over-facing them when they’re coming off a long layoff. Obviously, he was ready in that spot.”

Top Line Growth has consistently displayed two traits during his career: He likes to win and he loves eight furlongs. Owned and bred by The Elkstone Group LLC, Top Line Growth is 5-for-8 lifetime and 3-for-3 at a mile. Two of his career losses have come in Grade 3 stakes races: A third-place finish in the Smarty Jones at Parx last Sept. 2 and a fourth-place finish in the West Virginia Derby on Aug. 3 of last year.

“The race at Parx was one of his better ones numbers-wise,” said Rubley. “It was a bit of an off-track and I thought he did very well.

“We always thought he was a nice horse. He was a big, growing horse at 2, so he didn’t start until he was 3. Luckily the owners were wonderful in giving me the time to develop him. He certainly showed up his first start.”

That was April 22 of last year, when Top Line Growth made his racing debut with a 9½-length victory.

Among the horses Top Line Growth will face in the Salvator Mile is Pirate’s Punch, who was disqualified from first in his last start on Aug. 22 in the Grade 3 Philip H. Iselin Stakes at Monmouth Park. Trainer Chad Brown will send out Grade 1 winner Valid Point, with the colt trying dirt for the first time in his career.

“Joe rode him at Parx so he knows him,” said Rubley, who started training in 2014. “I felt that was a logical move.”