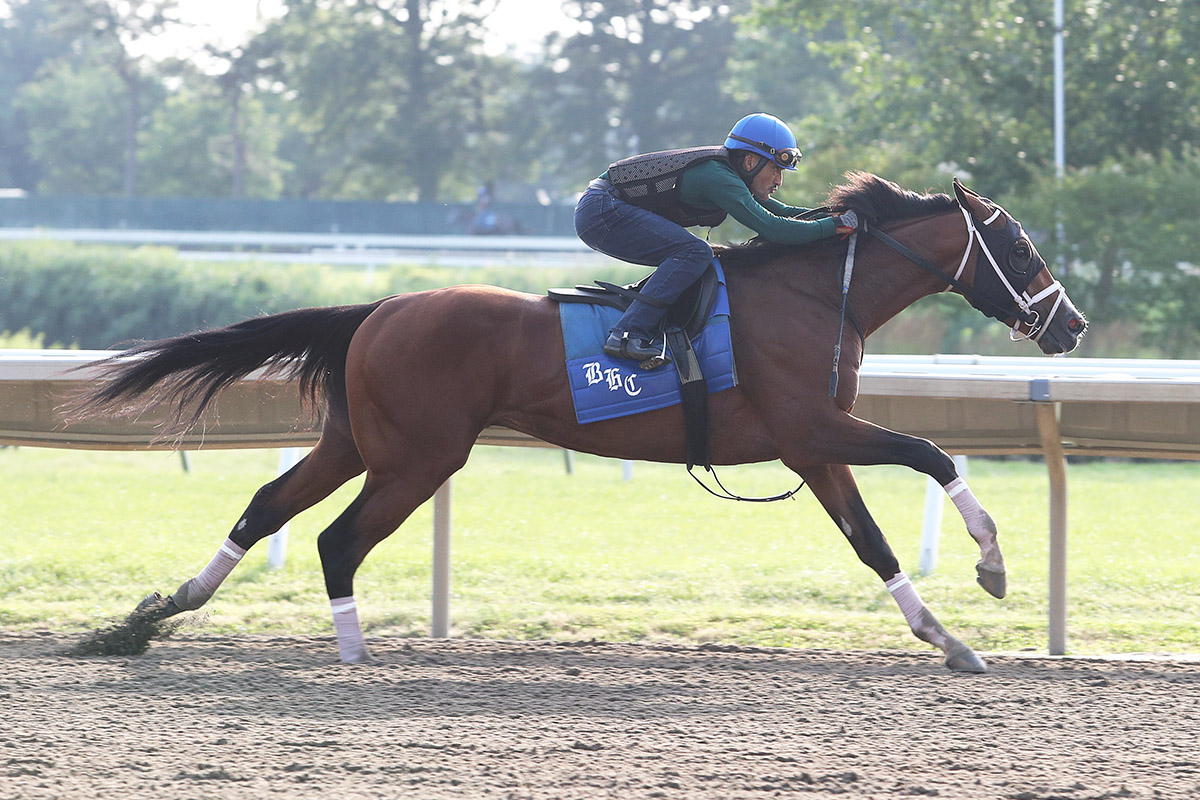 Kentucky Derby runner-up Mandaloun and Basso turned in their final works this morning ahead of next Saturday’s $1 million TVG.com Haskell Stakes, with Belmont Stakes runner-up Hot Rod Charlie due to arrive at Monmouth Park later today from California.

Mandaloun went five furlongs in 1:02 breezing while Basso was clocked in 1:02.2 breezing for the same distance over the Monmouth Park strip.

“An easy maintenance work,” said Blake Cox, the son of Brad Cox, Mandaloun’s trainer. “He went the five-eighths in 1:02 and was out in about 1:13.3 and he galloped out very well.

“We asked him a little bit and he picked it up. A very solid work.”

Mandaloun, who arrived at Monmouth Park on Tuesday, has the advantage of a race over the track, having won the TVG.com Pegasus Stakes here on June 13.

Cox said Mandaloun will have a light schedule next week. His father is due in the day of the race, he said.

“We’ll just gallop steady into the race,” said the younger Cox. “This was a good work seven days out. We stayed on schedule.”

Gregg Sacco, the trainer and part owner of Basso, was similarly pleased with his colt’s work.

“Kind of what we wanted to go,” said the Monmouth Park-based Sacco, who will mark his Haskell debut. “I didn’t want him to go too fast because he had a stiff work last week. He galloped out in 1:14 and change.

“We’re all set to go. It was actually a picture perfect work. Isaac Castillo (who will ride Basso in the race) was on him. He couldn’t have been any happier with him.”

Sacco said Basso would have a week of maintenance work next week and planned to have to have the son of Cairo Prince school in the paddock and at the gate.

The Doug O’Neill-trained Hot Rod Charlie, the Louisiana Derby winner who was third in the Kentucky Derby, was on a flight that was due to arrive at 4:30 p.m. He is expected to van into Monmouth Park around 6 p.m.

Midnight Bourbon, the Preakness runner-up, Monmouth Park-based Pickin’ Time and Following Sea are the other probables for the 54th edition of the Grade 1 Haskell Stakes.