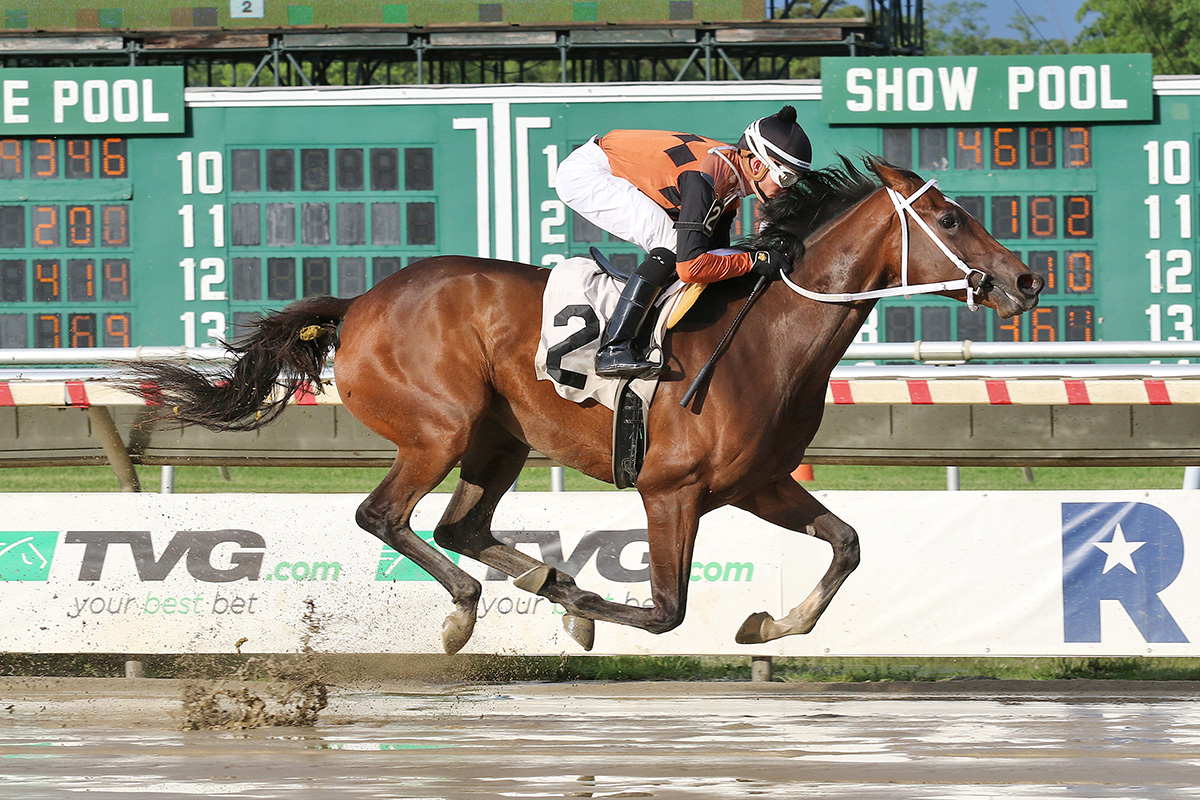 A year after having the nation’s top 2-year-old filly, trainer Butch Reid may be angling for an encore.

Mainstay, a half-sister to 2-year-old filly champion Vequist, dazzled in her racing debut, toying with a field of seven other freshman distaffers to win by 7¾ lengths on Friday night at Monmouth Park.

The daughter of Astern-Vero Amore by Mineshaft left little doubt despite the downpour that preceded her race, turning the track sloppy. She covered the 4½ furlongs in :52.59.

“She has been training lights out,” said Reid. “She’s much more of a sprinter than Vequist was so we knew she would be good early. It’s been fantastic. We had thought about trying her in the Astoria Stakes at Belmont Park (on Thursday) but we took the more conservative route and I’m glad we did.

“I’ve got owners who will listen to me on these type of decisions and it will pay dividends in the long run.”

Owned by Swilcan Stable LLC and LC Racing, Mainstay broke off the flanks of Next Tuesday but quickly took control for jockey Frankie Pennington, tripping the timer in :22.70 for the opening quarter and :46.50 for the half.

She paid $4.40 to win, with Next Tuesday holding for second.

“She was very classy. She handled it like a professional,” said Pennington. “The first time Butch asked me to breeze her he said `you’re going to like this one.’ When he says that you know the horse has a chance to be something special.”

Reid said the rain and sloppy track concerned him but Mainstay left little doubt she could handle the off going.

“One of the reasons we didn’t send her to Belmont was because we heard it was going to be terrible up there and it looked like we would be fine here. Then the skies opened up before her race,” said Reid. “But she may be good enough to handle most anything.”

Reid said it was too early to consider his filly’s next start but hinted the Schulyerville on July 15 at Saratoga was on his radar.

Rosemary Potatoes, trained by Kelly Breen and ridden by Nik Juarez, easily captured the other 2-year-old filly Maiden Special Weight dash on the card. Rosemary Potatoes and Next Tuesday are both owned by Gold Square.