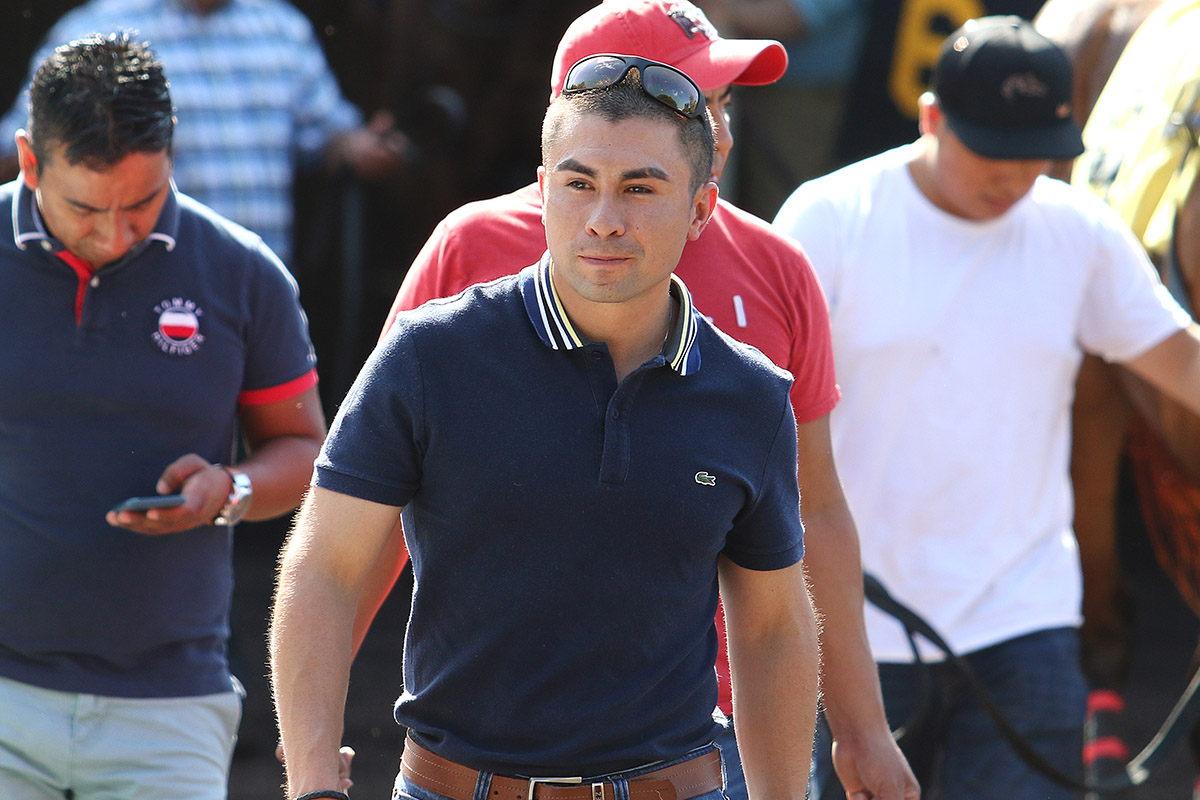 With turf sprints dominating the three-day racing weekend at Monmouth Park, trainer Jorge Duarte, Jr. is prepared for all of them. And if it goes well, he could hit a personal milestone by notching his 100th career win.

Duarte, three wins shy of 100, could have a starter in the three turf sprints of note at Monmouth Park starting on Friday, when Networking, a full brother to Grade 1 winner Force the Pass, debuts in 2-year-old Maiden Special Weight company at five furlongs on the grass in the first race on the card.

“Hopefully it all goes well this weekend,” said Duarte, the private trainer for nearby Colts Neck Stables, last year’s leading owner at Monmouth Park. “If I get that 100th I hope it’s at Monmouth Park.”

All three horses were bred and are owned by Colts Neck Stable.

Networking, a son of Speightstown-Social Queen by Dynaformer, will face seven other 2-year-olds (not counting the Wesley Ward-bred, owned and trained Insanity It Seems, who is on the also eligible list). Of the eight in the main body of the race, six are first-time starters, including one from Ward (Rylan Jayne) and one from Graham Motion (Hendrickson).

“He got ready fairly quickly,” Duarte said of Networking. “He probably wants to go a mile but the race is here, it’s close, and we want to get him started. We’ve breezed him on the turf and he seems to handle it well.

“He’s not the biggest horse out there but he looks to have potential.”

Mac The Pee H Dee has won two straight races since faltering in her debut at a mile and sixteenth on the turf at Gulfstream on Feb. 27. She beat 11 fillies to break her maiden at Aqueduct at six furlongs on the grass on April 9, then was in a dead heat for win in allowance company at Belmont Park on May 19 in a scheduled grass sprint that was switched to six furlongs on the main track.

Mac The Pee H Dee is a Kentucky-bred daughter of Fed Biz-American Girl by High Chaparral. She is expected to face seven other 3-year-old fillies for her stakes debut in the Blue Sparkler.

“She has been solid for her three starts, though she seems to prefer shorter,” said Duarte. “She’s a sprinter and I think her best game is on the turf, but she has shown she can handle the dirt. She’s very competitive and has a lot of speed. She’s fresh and going against 3-year-old fillies again, so that’s a plus.

“I tried her two turns at Gulfstream because pedigree-wise I had to try two turns. I’m looking forward to running her 10 minutes from where she is stabled.”

Grooms All Bizness, a Kentucky-bred son of Fed Biz-Bride to Be by Candy Ride, was fifth in his most recent start against allowance company at Monmouth Park on July 4. He shows a win and a second from four career starts, all of them at Monmouth Park.

“He ran against older horses his last start and really didn’t get a chance to race his way,” said Duarte. “He’s a closing sprinter and the jockey sent him a little too early and he was flat.”