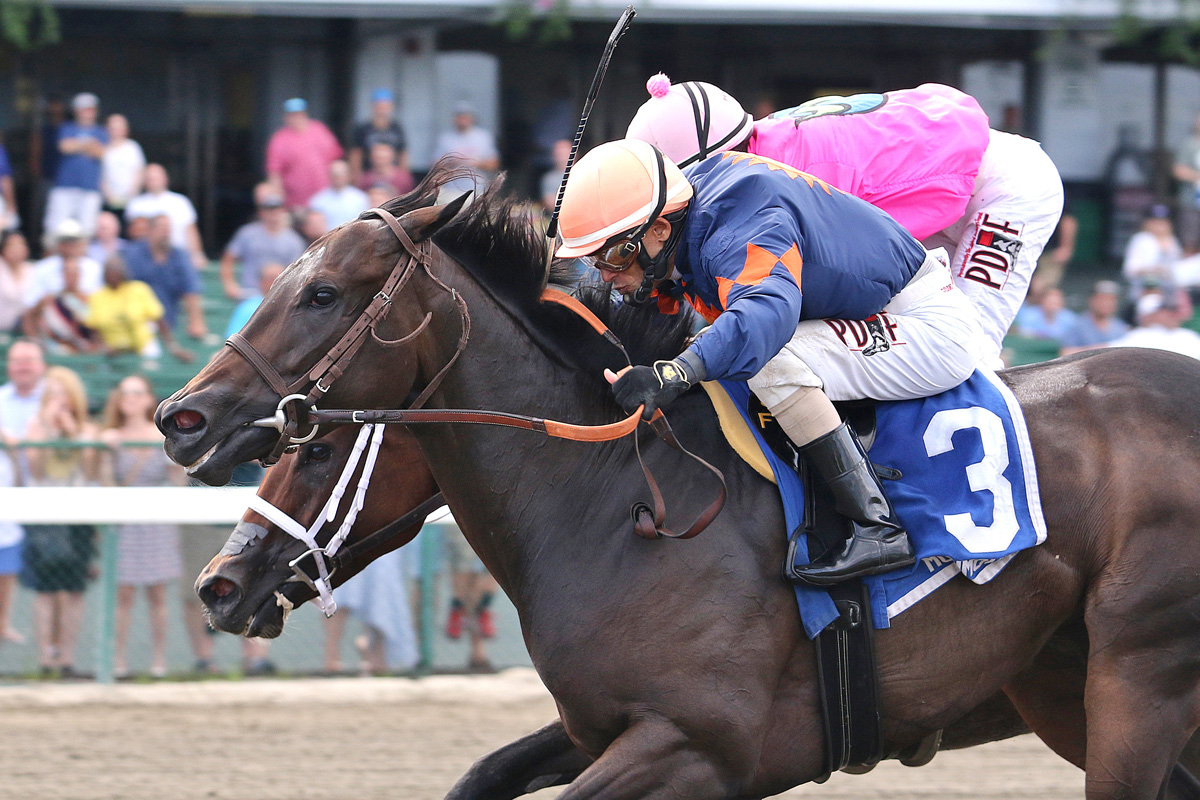 Though Liz’s Cable Girl will be making her third start of the year when she goes postward in Friday’s $75,000 Spruce Fir Handicap at Monmouth Park, her bid to become a rare three-time New Jersey-bred champion really begins in earnest with this race.

Trainer Pat McBurney has mapped out a three-race schedule at Monmouth Park for his speedy 5-year-old mare that culminates with the Sept. 28 Regret Stakes – and in another campaign, he hopes, that is flush with victories and postseason honors.

The Spruce Fir, at six furlongs for Jersey-bred fillies and mares three and up, was re-scheduled from Sunday – along with the entire 11-race card as drawn – after Monmouth Park cancelled racing that day due to excessive heat.

Liz’s Cable Girl originally worked a four-furlong bullet in 47-flat (the best of 63) on July 14 in preparation for the Spruce Fir, with McBurney using the cancellation to get in yet another work.

“She had a 35.60 work (for three furlongs) on Sunday when the card was cancelled,” McBurney said. “She’s been coming out of her skin. I think the timing, with another five days, isn’t a factor. She’s pretty easy on herself in training.”

And virtually uncatchable at times in races.

The daughter of Cable Boy-Forbidden Isle by Belong to Me, owned by Lizabeth Dodd, John Coccee, Peter Donnelly and Gerard Melley, is 11-for-18 lifetime with three thirds.

She has five wins and a third in seven career starts at Monmouth Park.

Few Jersey-bred sprinters have been as consistent.

She started this year with a win at Parx before finishing third in her last start on an off track at Laurel on June 29.

“There was a downpour right when she got to the paddock that day,” said McBurney. “(Jockey) Trevor McCarthy said he didn’t think she appreciated the wet going.”

From the beginning McBurney said he knew Liz’s Cable Girl had a chance to be special.

“When she first started breezing she was very quick,” he said. “At the end of the season here when she was a 2-year-old we had a race for her but she got sick and missed it. I sent her to Parx in a $40,000 maiden claimer and she won by 10¾ lengths and paid $72.

“She was always fast. She threw in a clunker at Aqueduct (finishing third) in her second career start but after when she came back to Monmouth she would just run horses off their feet because she was just so fast. As she got into the better races the other fillies and mares could go just as fast as she could in the opening quarter. So we got her to rate in a race at Laurel (in her next-to-last race as a 2-year-old) – and by rate I mean she is only a length off the lead – and it has made her a better mare with her talent.”

Liz’s Cable Girl will look to add to her career bankroll of $371,690 in the Spruce Fir.