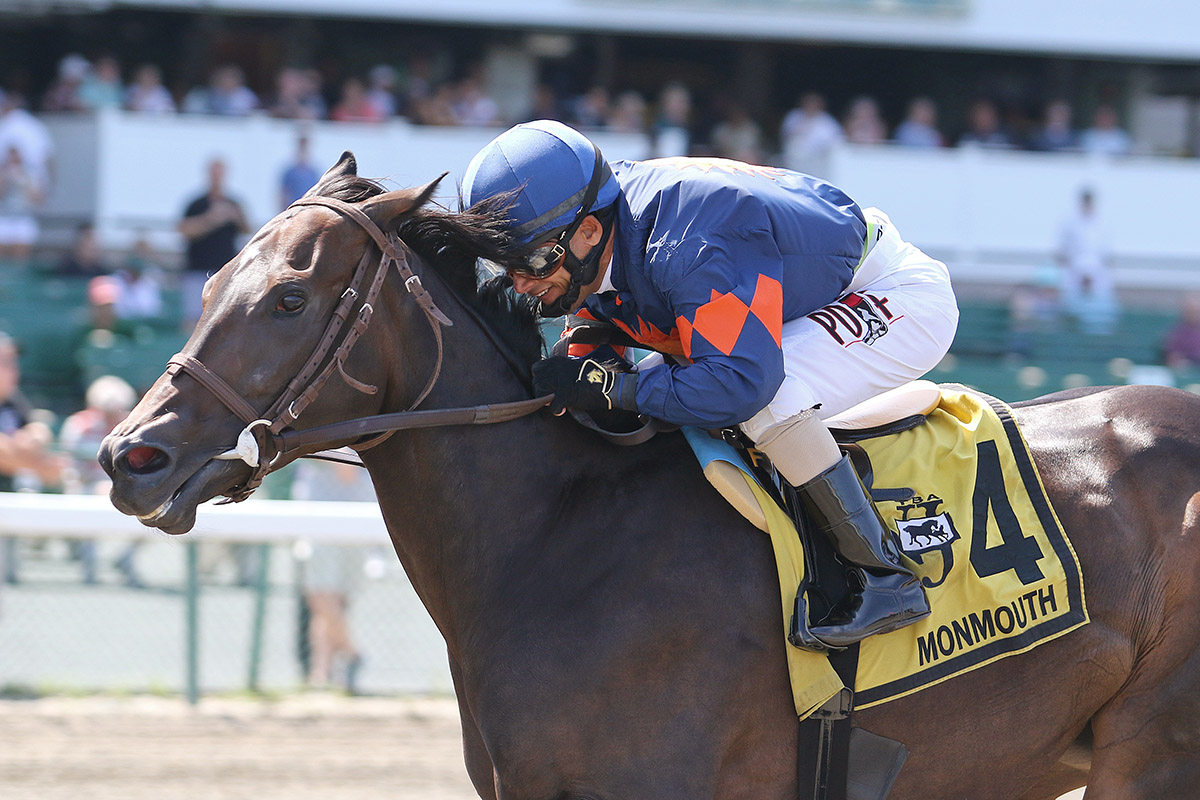 For trainer Tom Amoss, the decision to ship Liz’s Cable Girl from his base in Churchill Downs to Monmouth Park for Saturday’s featured $75,000 Spruce Fir Handicap was something that just made sense.

And it had little to do with the popular Jersey-bred mare winning this race a year ago.

“First of all, it’s a good-looking purse,” Amoss said of the featured race on a 12-race card that includes a pair of 4½-furlong Maiden Special Weight dashes for 2-year-olds. “It’s also an opportunity to run in a stakes race and to do it against other Jersey-breds.

“All of those things added up.”

Liz’s Cable Girl wound up in Amoss’ barn in May and has been under his care at Churchill Downs ever since, after going 0-for-3 at the challenging Oaklawn Park meet for trainer Ingrid Mason over the winter. This will be her first start for Amoss.

Prior to Mason and Amoss overseeing the 6-year-old daughter of Cable Boy-Forbidden Isle by Belong to Me, Monmouth Park-based Pat McBurney had Liz’s Cable Girl for her first 22 career starts. She won 12 of those, going 6-for-10 at Monmouth Park, and was 10-for-19 at the Spruce Fir’s six-furlong distance for McBurney.

Amoss, who currently trains 70 horses, said he has liked what he has seen in the mornings from the only Jersey-bred in his barn.

“She’s been very straightforward,” he said. “Her works are good. She loves training. I really think a lot of her success or failure is where she is positioned in a race.”

Seven other Jersey-bred distaffers will face Liz’s Cable Girl, who arrived back on the familiar Monmouth Park backstretch on Thursday. She is bedded in Michael Stidham’s barn, with assistant Ben Trask in charge of her there. Paco Lopez has the mount in the Spruce Fir.

Diamond Play, second in the Jersey Girl Stakes at Monmouth last July 7, looms a formidable contender for her return to the main track after being on the turf 10 of her past 11 starts. Anthony Margotta Jr. trains the 7-year-old mare, who has banked $439,779 during a 34-race career.

The undercard will see six 2-year-olds going in the second race and then seven 2-year-old fillies in the sixth race. Of the 13 “babies” all but one is a first-time starter.

Admission and parking are free except for Haskell Day.