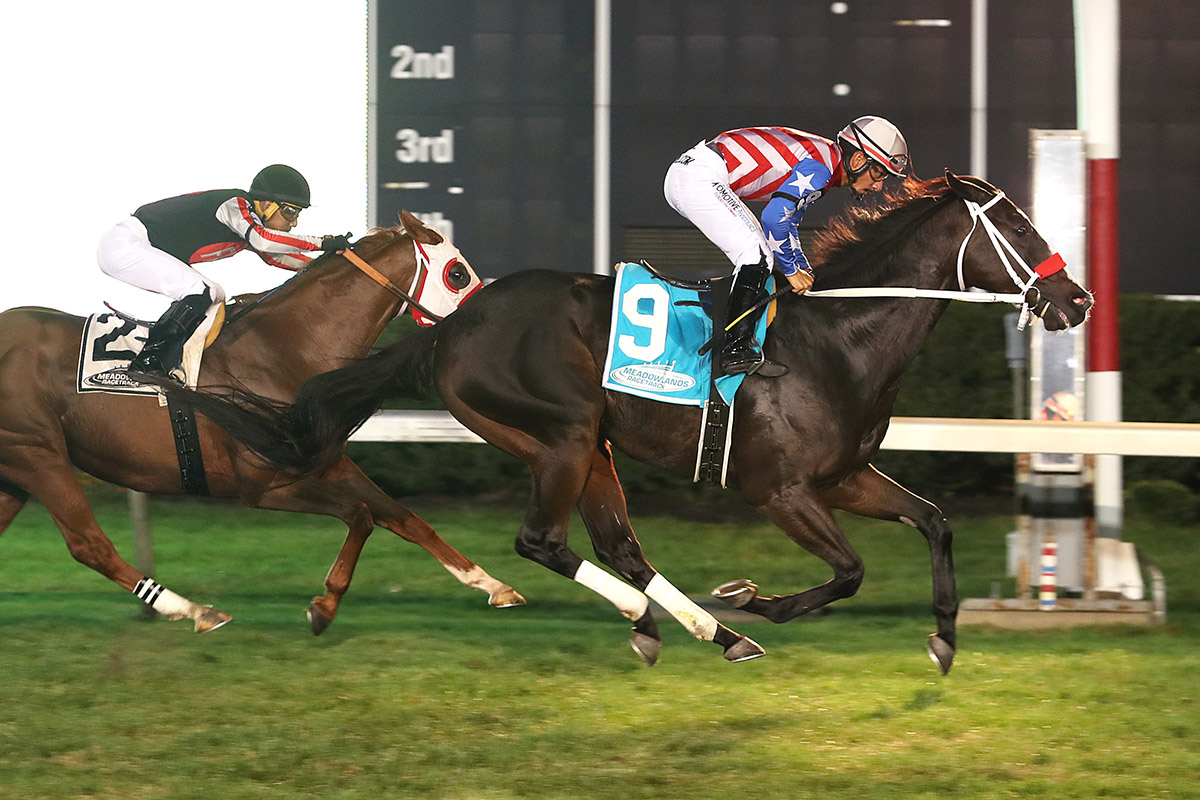 Able to sit off an early speed duel, Lopez guided speedster Like What I See to a half-length victory in the $56,250 allowance optional claimer on Friday’s Monmouth-at-Meadowlands card – one of his three winners during the six-race all-turf program.

Lopez, the runaway leading jockey at Monmouth Park with 109 winners during the 55-day meet, captured the second, third and fourth races. From 15 mounts at the abbreviated Monmouth-at-Meadowlands meet he has five winners, four seconds and two thirds.

Like What I See, second in the Joey P. Handicap in his last start on Sept. 19 at Monmouth Park, was able to sit outside early dueling leaders Jesters Honor and Shield of Faith in the five-furlong sprint. Those two took the 12-horse field of Jersey-breds through an opening quarter in :23.81 and a half in :46.84 before Lopez tipped out I Like What I See wheeling out of the final turn. The 6-year-old gelded son of Bold Warrior, trained by Kelly Breen and owned by USA Thoroughbreds and David R. Lengel, paid $2.80 as the heavy favorite.

The victory was the sixth in 30 career starts for Like What I See.

The winning time over a firm turf course was :58.63. Jesters Honor held for second, a half-length better than Sand Dune.

Breen and Lopez also teamed to win the second race with Life on the Edge.

Racing resumes Saturday for the Monmouth-at-Meadowlands meet with a first race post time of 7 p.m.