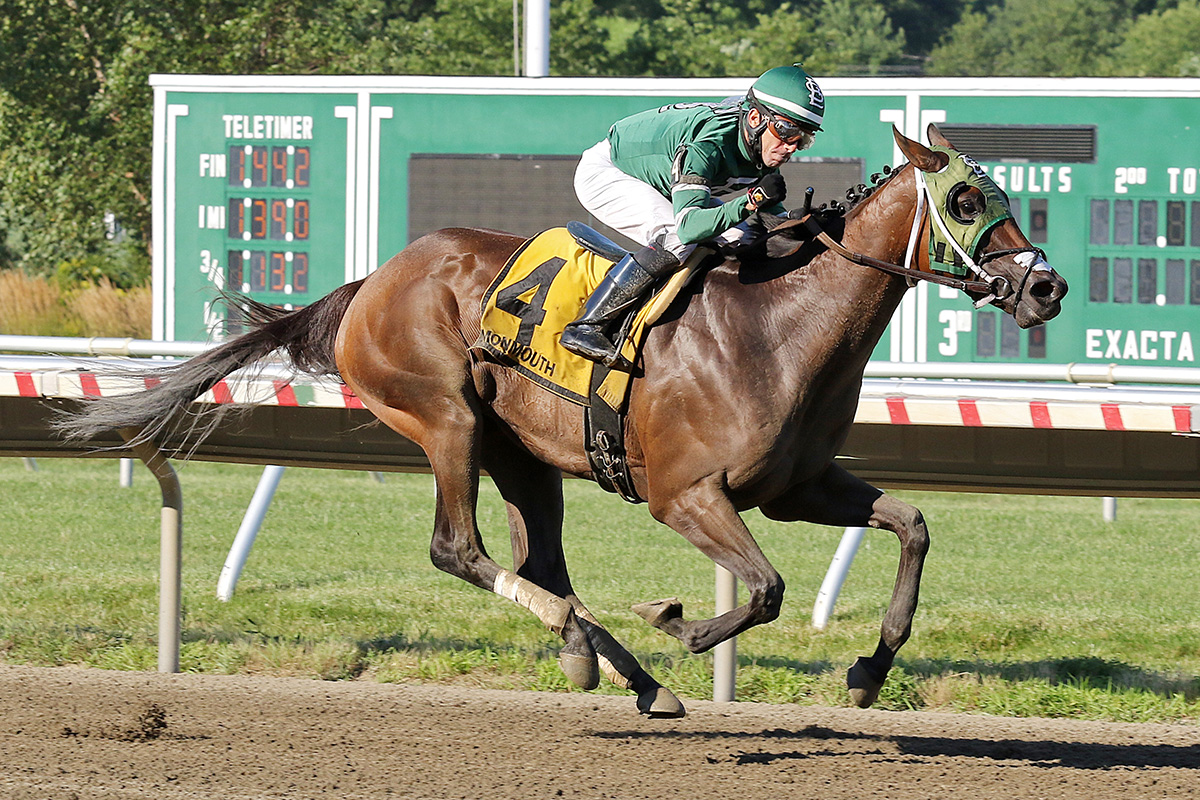 Two starts ago Margotta took the blinkers off the filly to get her to relax in a race at Tampa in which Gallardo rode her. Last time out the veteran conditioner sent her two turns for the first time. She finished fifth in the Grade 3 Delaware Oaks.

Both learning experiences, they agreed, keyed a four-length victory at odds of 11-1 in the 96th edition of the $200,000 Monmouth Oaks.

Hopeful Growth, able to sit chilly along the rail behind dueling leaders, mowed down the frontrunners in the lane for the first stakes score of her five-race career. She covered the mile and a sixteenth in 1:45.63.

“I had a really good trip,” Said Gallardo. “I know this filly. I won with her in Tampa. Anthony told me that day `try to teach her. I don’t want her to be a filly that just goes to the lead. I don’t care if you lose, just teach her.’

“That’s what happened in Tampa. She learned – and she still won. I was able to put her behind horses that day and she learned very fast. When I put her in the clear that race she took off. That lesson paid off today. She’s a good horse and now she knows how to relax and sit behind horses. That’s why she won this.”

Margotta said the filly’s last two races were learning experiences for this one.

“The Delaware Oaks was a race we needed to get in before this one for the two-turn experience and to learn. I loved the trip (today). She was patient on the rail. That’s what we have been teaching her to do and it paid off.”

“She’s bred to go long and she has trained that way the whole time so I knew she would go longer,” Margotta said. “She has always wanted to stretch out.

Hopeful Growth found clearance in mid-stretch and proved to be much the best in the field of nine 3-year-old fillies.

“I had good position the whole way,” said Gallardo. “I was close to the leaders. I had the favorite (Lucrezia) in front of me with Project Whiskey with her and the two horse (Princess Cadey) was just outside us. I just waited to get clear. I was able to do that before the quarter pole. I knew she had a lot left and she responded.”