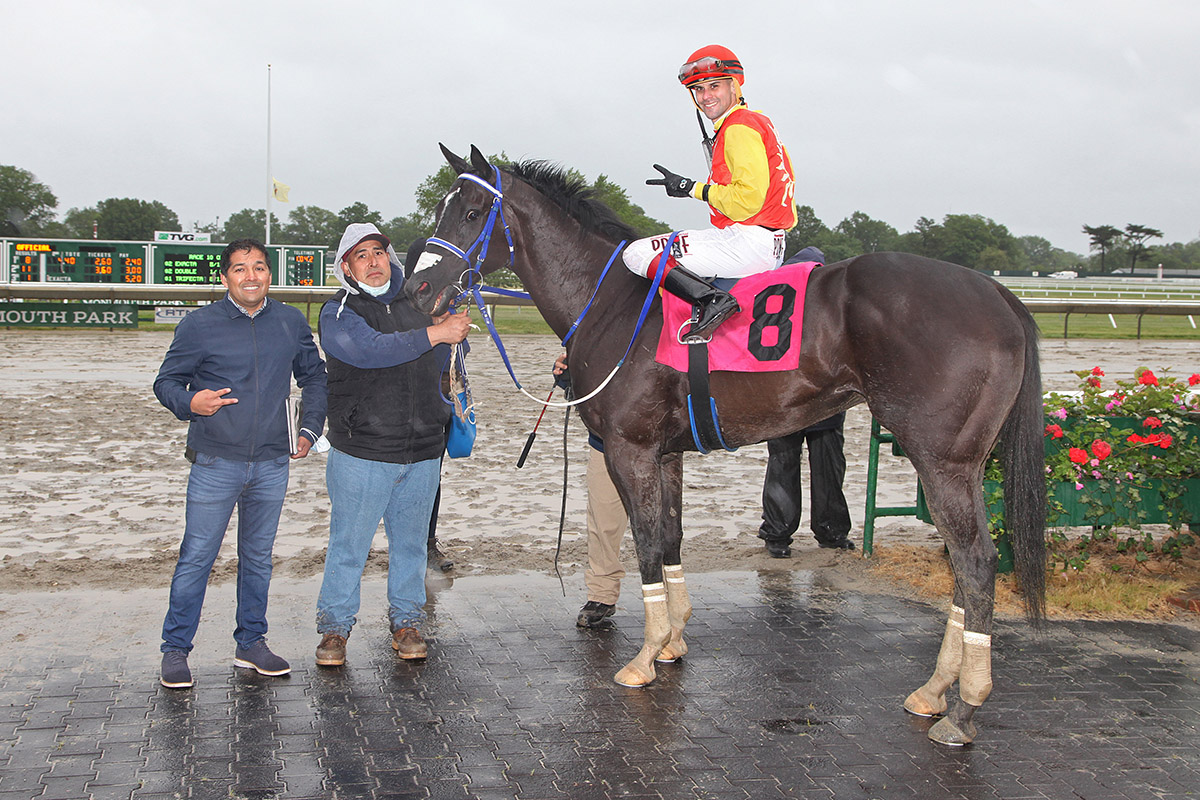 After a successful year in the allowance and optional claiming ranks in 2020 and two off-the-board efforts in Grade 3 company, trainer Claudio Gonzalez hopes he has found a happy medium for his 4-year-old filly Landing Zone.

“She earned the chance to try the Grade 3 races after what she did last year,” said Gonzalez. “She’s a good filly. But this is the kind of stakes race that should a good spot for her.”

The 33rd running of the Lady’s Secret, at a mile and a sixteenth for fillies and mares 3 and up, has attracted a field of eight, including two from Chad Brown’s barn and the speedy Gibberish, trained by Saffie Joseph Jr.

A winner of five of 11 starts last year, with two seconds and a third, Landing Zone has yet to find the winner’s circle in 2021. Her most recent start was a fifth-place finish in the Grade 3 Allaire DuPont Distaff Match Series at Pimlico on May 14.

“She ran without Lasix in that race but we will have her back on Lasix for this race,” said Gonzalez. “From post one hopefully she will be with the early leaders. There’s some speed in there but she should be close to the pace or on the lead.

“And I think the mile and a sixteenth is her best distance.”

Landing Zone, a daughter of Morning Line-Lunar Landing by El Corredor, has two wins and two seconds from four career starts at a mile and a sixteenth. Overall, she sports a 6-8-3 line from 23 lifetime starts.

Gonzalez, stabled at Monmouth Park for the first time in eight years, has gotten off to what he called “an okay” start, with two winners, three seconds and a third after the first four days of the meet. He has won or shared 16 training titles in Maryland, leading the state in wins each of the past four years.

“The start here has been good. Nothing special yet,” said Gonzalez. “We’ve had quite a few run second or third so I am expecting them to come back good, especially on fast tracks.

“For me, I am just happy to be back at Monmouth Park. I started here. It’s my home. I started here as an exercise rider in 1996 and it seems like there are a lot of people still here that I know well.”

Gonzalez has 39 horses stabled at Monmouth.

Landing Zone, owned by BB Horses, does her best running on or close to the lead, but Gibberish looks as if she will set the early fractions for Joseph. She is coming off a sixth-place finish in the Grade 2 Ruffian at Belmont Park on May 2.

Brown will send out Altaf, a winner of two of three lifetime starts who is trying stakes company for the first time, and Velvet Crush. The latter is also seeking her first stakes victory, having tried Grade 1 company in the Coaching Club Oaks last year to no avail.