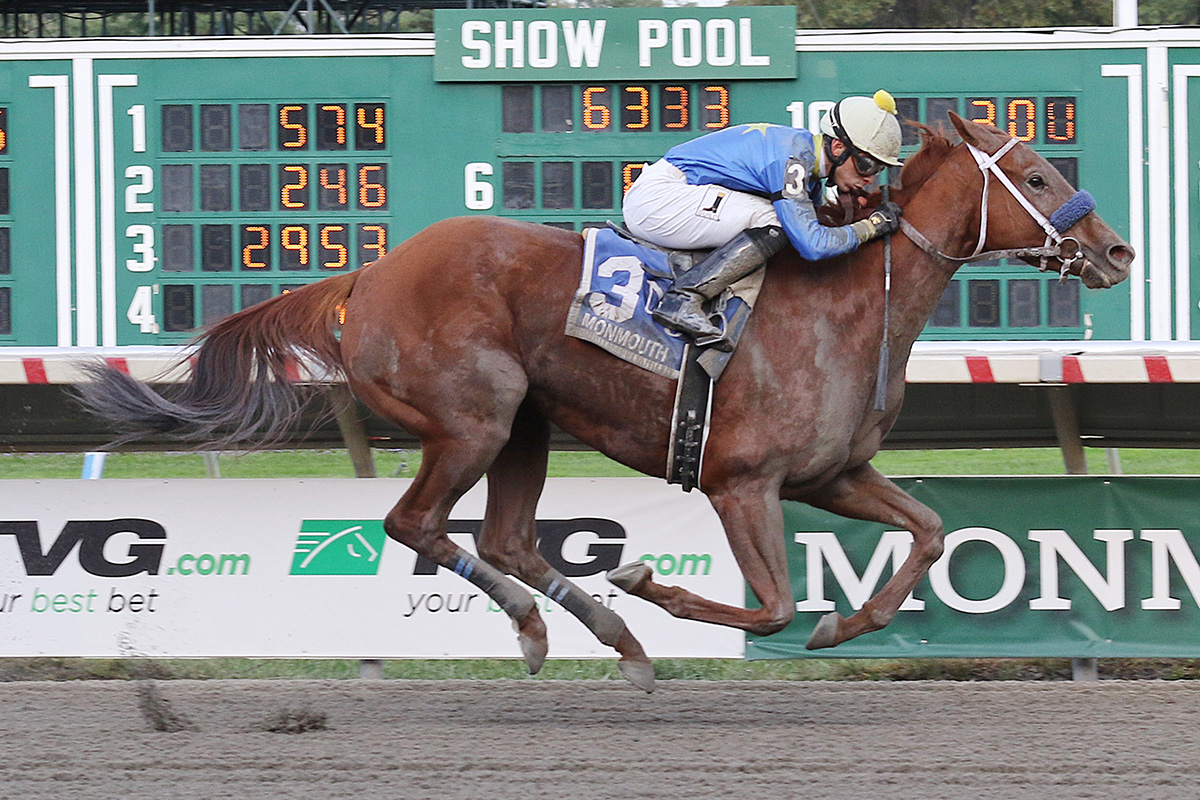 Kodiak Katie extended her winning streak to three straight, swinging four-wide coming out of the final turn and then drawing off to score a comfortable three-length victory in Sunday’s featured $62,500 allowance optional claimer for Jersey-breds at Monmouth Park.

Claimed two races back by trainer Jose Delgado, the 6-year-old mare is headed to a new barn once again, with trainer Kelly Breen winning a three-way shake to claim her for $12,500.

“That’s part of the game,” said Delgado. “I had her for two races and she won both of them. I can’t complain. When you deal with claiming horses it’s something you get used to.”

Ridden by Wilmer Garcia, Kodiak Katie covered the mile and 70 yards in 1:44.70, posting her seventh victory from 26 career starts. She owns a 6-5-3 line from 21 lifetime starts at Monmouth Park.

“She’s a horse that likes to come off the pace, and when you put her in with Jersey-breds she’s very tough to beat,” said Delgado. “She proved that again today.”

Garcia has ridden Kodiak Katie for all three victories during her current winning streak.

“You can make one big move with her. She’s a patient filly,” said Garcia. “When I made that move and asked her she really took off.”

The prohibitive favorite in the field of nine fillies and mares, Kodiak Katie paid $2.60 to win.

Perspicacious held for second. It was another six lengths back in third to Your Pal.

Meanwhile, the closest jockey’s race in 21 years at Monmouth Park is in a dead heat with two racing days left in the 61-day meeting.

Paco Lopez, who has been chasing Nik Juarez for most of the meet, drew even with his rival by winning three races on Sunday’s card to Juarez’ two. They each have 106 winners for the meet.

When racing does resume at Monmouth Park next Sunday, a Jersey Shore Pick 6 carryover of $41,138 will await handicappers.