Kevin Velez Had a TVG.Com Haskell Day For The Ages As the Valet For All Six Stakes-Winning Jockeys On The July 23 Card 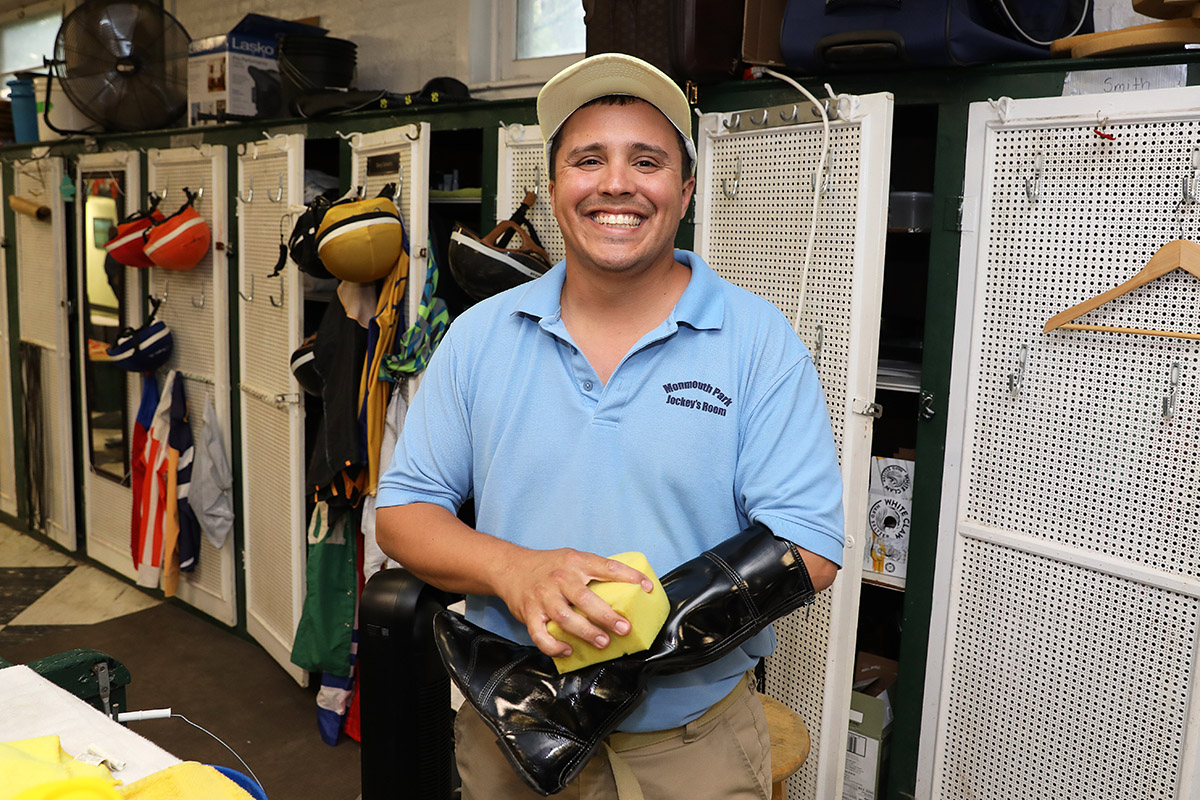 With Cyberknife setting a track record and trainer Chad Brown winning four consecutive graded stakes race on TVG.com Haskell day at Monmouth Park it was easy to overlook another impressive achievement on that July 23 race card.

Kevin Velez hit the valet “lottery” by serving as the valet for the winning jockeys of all six stakes races that day.

“It’s a day you never dream can happen – and you don’t believe it has happened until the day is over,” said Velez, the son of former jockey Jose Velez. “I have to give a big thanks to everyone involved and the other valets. Everyone was on top of their game that day. We were ready. It was a big day and I drew a good overnight.”

Of the 14 races that day, Velez, in his 11th year as a full-time valet at Monmouth Park, had nine of the winning riders.

Velez said he has known Geroux for a while and that Geroux recommended him to Prat.

Even now, Velez is trying to process his remarkable one-day run.

“It probably will never happen again,” he said. “I didn’t even realize it was happening until the end of the day. People were asking me `how many have you won?’ I really wanted to make sure everything was done and everyone was taken care of before I started looking back.When the last race was over and they crossed the wire it kind of hit me that I had the kind of day that I had.”