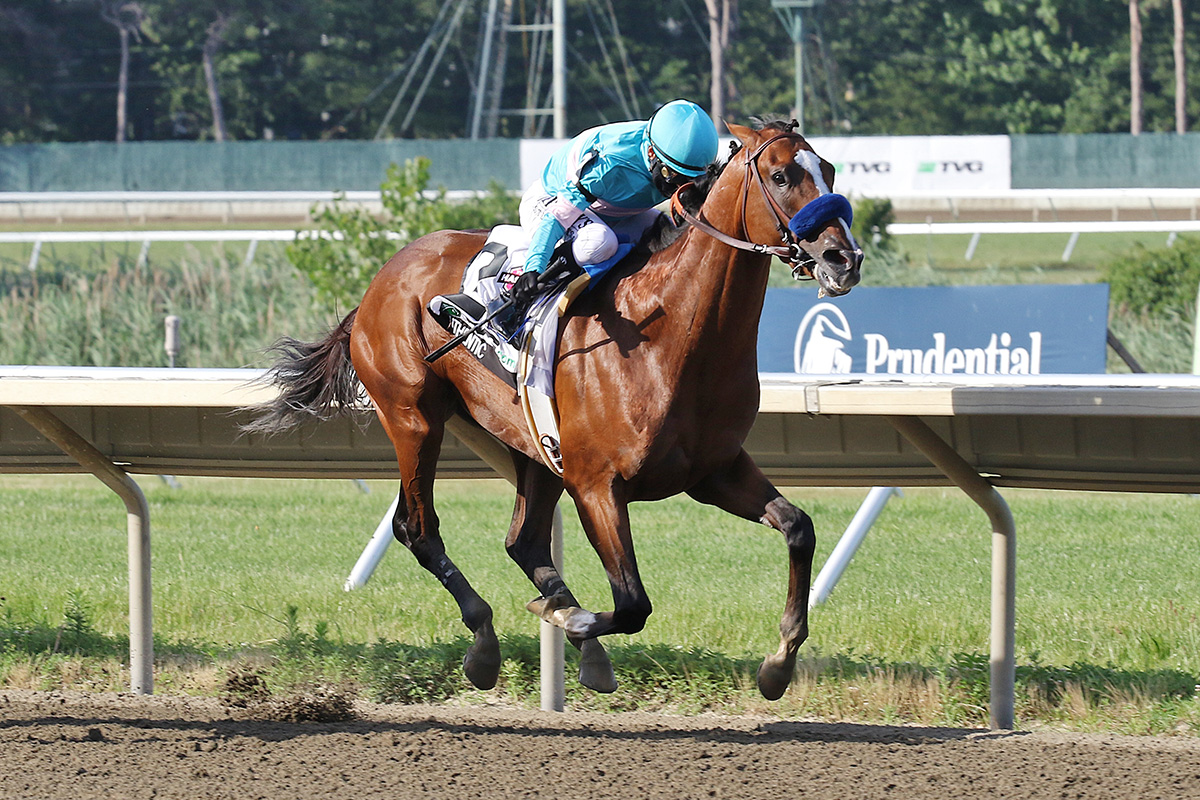 With Saturday’s Kentucky Derby added to his impressive list of accomplishments that includes a victory in the TVG.com Haskell Invitational, Authentic is now just one race away from collecting a $1 million bonus promotion that Monmouth Park and BetMakers have partnered to offer this year.

Known as the “BetMakers Bonanza,” the $1 million bonus goes to the connections of any horse that wins the TVG.Com Haskell Stakes, the Kentucky Derby and the Breeders’ Cup Classic.

The Breeders’ Cup Classic will take place Nov. 7 at Keeneland.

Authentic captured the 53rd edition of Haskell on July 18, extending trainer Bob Baffert’s record to nine victories in Monmouth Park’s showcase race. The Haskell victory also qualified Authentic for the Breeders’ Cup Classic with its “Win and You’re In” designation.

“It would be fitting if, in the first year of the $1 million bonus, a horse trained by Bob Baffert earned it. Bob’s support of the Haskell through the years with top quality 3-year-olds continues to validate the Haskell’s importance on the 3-year-old calendar,” said Dennis Drazin, Chairman and CEO of Darby Development, operators of Monmouth Park.

In 2015, Triple Crown winner American Pharoah added to his legacy by making the Haskell his next stop following the Belmont Stakes, attracting a record crowd of 60,983.

American Pharoah is among eight Haskell participants who have gone on to win Horse of the Year, joining Spend a Buck, Alysheba, Holy Bull, Skip Away, Point Given, Curlin and Rachel Alexandra.